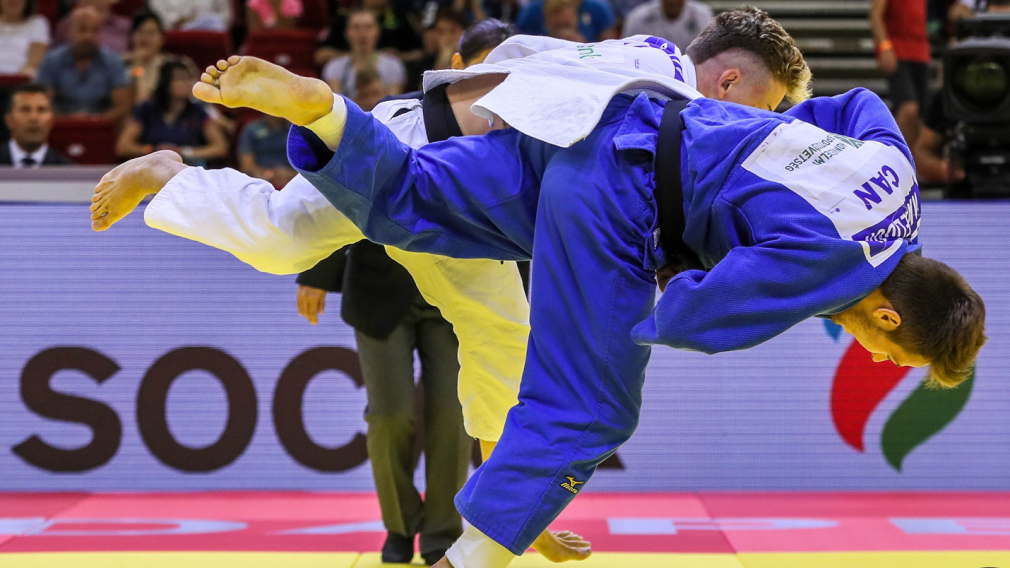 Zupancic landed on the podium in third place after winning all of her preliminary matches in the -70kg class. Her only loss came in the semi-final, when she was defeated by Sanne Van Dijke of the Netherlands. In the bronze medal match, she faced Anna Bernholm of Sweden. Zupancic secured her victory after scoring an ippon in Golden score. 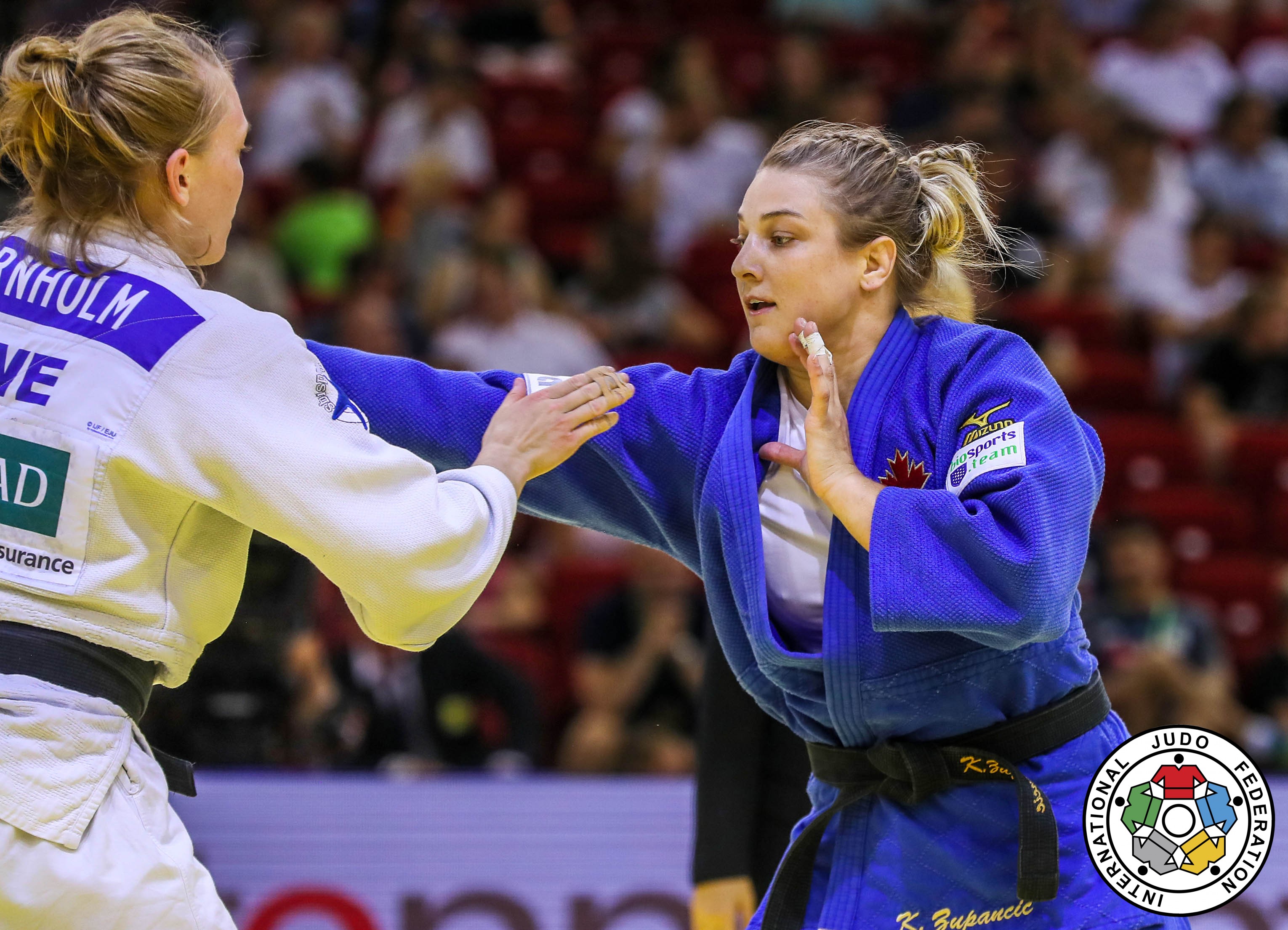 Kelita Zupancic competes in the -70kg class on August 11, 2018 at the Judo Grand Prix in Budapest, Hungary. (Photo: IJF/Sabau Gabriela)

The athlete commented on her win: “In the bronze medal final, I was able to put my semi behind me to fight hard for a medal. I don’t like going home empty-handed!”

Margelidon also brought home a bronze medal for Canada, defeating Spainard Giovanni Esposito. In the preliminaries, he won three matches, only losing in the semi-finals to Hungarian Miklos Ungvari. During his bronze medal match, the judoka scored an ippon to claim victory over Esposito.

“During the bronze-medal fight, I had to refocus, because I was really angry! I’m an emotional person, so when I think I should have won and I didn’t, I react strongly, and I have a hard time letting it go. This time, I was able to focus to win my bronze medal.” 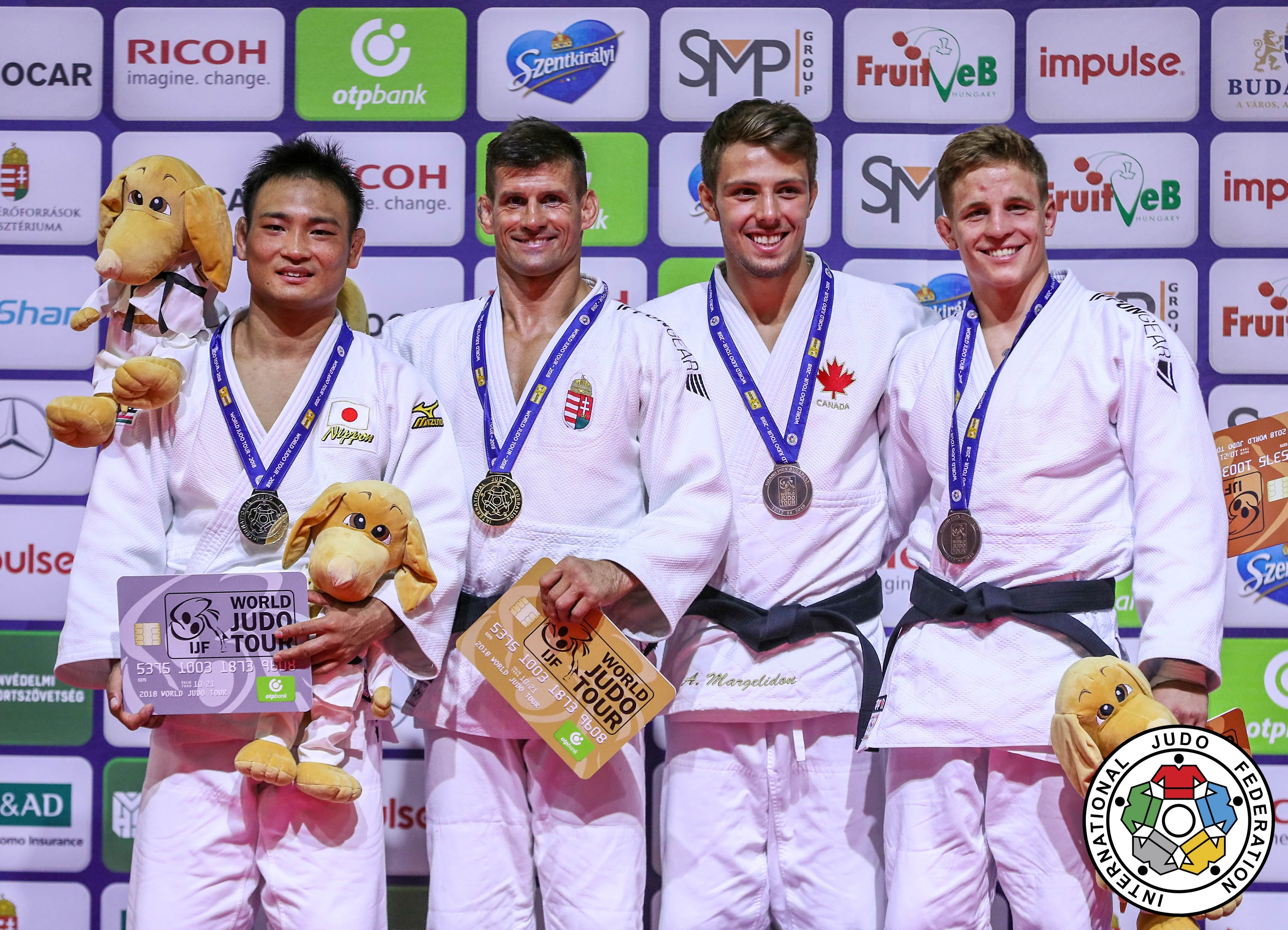 Arthur Margelidon celebrates his bronze medal win in the -73kg class at the Judo Grand Prix in Budapest on August 11, 2018. (Photo: IJF/Sabau Gabriela)

Zupancic and Margelidon’s medals add to Canada’s two medals from Friday, where Ecaterina Guica and Christa Deguchi won bronze in the -52kg and -57kg classes, respectively.

RELATED: Guica and Deguchi win bronze at the Judo Grand Prix in Budapest

This is the tenth Judo Grand Prix of the year. Competition continues through Sunday in Budapest. Next up is the World Championships in Baku, Azerbaijan from September 20-27.

Zupancic and Margelidon finish third in Budapest at the Judo Grand Prix
12 Team Canada athletes who are Winter and Summer Olympians
De Haître: 2 sports, 2 Olympic Games, 7 months. Challenge accepted.
Shuttlecock and balls: The fastest moving objects in sport
McBean: Chaos and change can provide the greatest opportunities
What is the difference between racquetball and squash?