From RBC Training Ground to the Youth Olympic Games.

The talent identification and athlete funding program was designed to discover athletes with Olympic potential – whether in their current sport or another – and provide them with the high performance sport resources needed for them to achieve their podium dreams.

In 2016 and 2017, more than 2500 athletes were tested at RBC Training Ground events across the country. After several hundred underwent additional testing by the NSFs, 57 have so far been selected to receive funding as RBC Future Olympians. This allows them to enter national development programs and get support for travel, coaching, and nutrition.

This year, 14 of Canada’s NSFs participated in RBC Training Ground in the hopes of finding athletes who will be able to represent Team Canada. Those hopes have taken a huge step forward with four RBC Future Olympians wearing the maple leaf in three sports at Buenos Aires 2018. 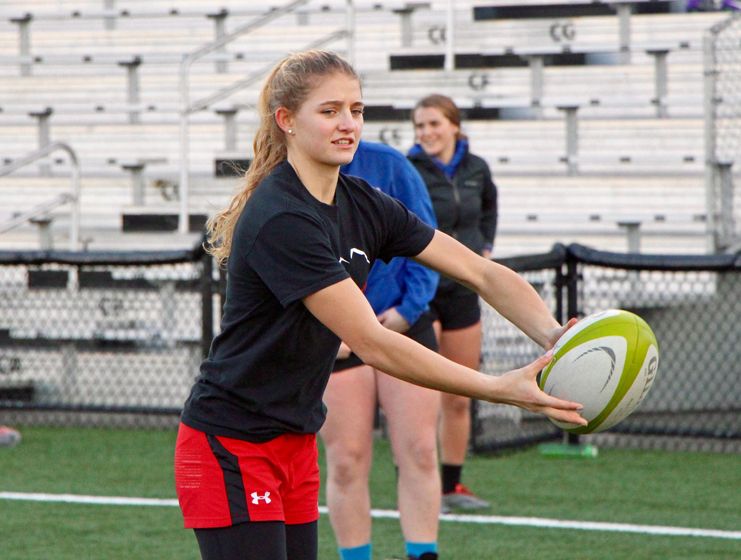 Suiting up for Team Canada in Rugby Sevens will be 18-year-olds Carmen Izyk (Blackie, AB) and Aliesha Lewis (Guelph, ON).

Izyk has been playing rugby since she was 14 while Lewis started in the sport as a 15-year-old. They were both fast-tracked into Rugby Canada’s development program after their testing at RBC Training Ground.

18-year-old Grace VandenBroek (Douro Dummer, ON) is the lone rower on Team Canada at Buenos Aires 2018. She was first recognized in 2015 within Rowing Canada’s Row to Podium program.

Since then she’s been training at Rowing Canada’s Next Gen Training Centre in Peterborough, ON. In 2017, she competed with one of the 2016 RBC Training Ground winners, Kieanna Stephens, at the world junior championships where they won double sculls bronze.

Alex Throndson is a 17-year-old pole vaulter from Toronto. A former gymnast, she took up pole vaulting in 2017 and was competing within a couple of months. She always had a dream of competing for Team Canada, but feels her chances in pole vaulting are more realistic than they were in gymnastics.