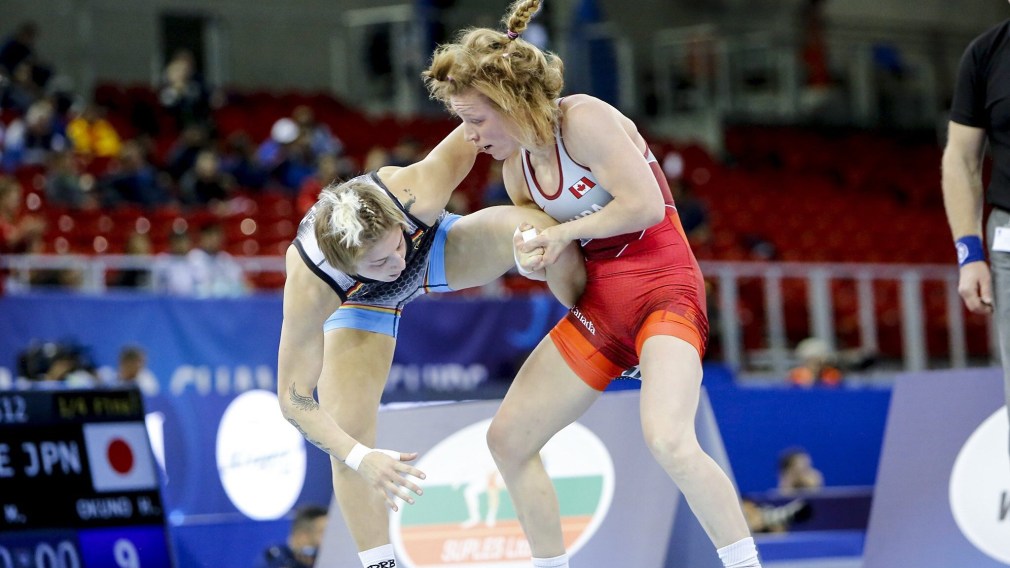 Diana Weicker delivered a record-breaking bronze medal for Team Canada at the 2018 World Wrestling Championships in Budapest on Thursday.

Weicker, a mother of two young boys under the age of three who also works part-time as a registered nurse, won her 53kg bronze medal match against Zhuldyz Eshimova of Kazakhstan by a 3-2 score. Weicker had a 1-0 lead at the break and then built it up to 3-0 before Eshimova made it a close result.

The medal was Canada’s fourth in two days, the most the country has ever won at one edition of the world wrestling championships.

On Wednesday, Justina Di Stasio was crowned as the 72kg world champion while Danielle Lappage and Erica Wiebe won silver and bronze, respectively, in their weight classes.

In Budapest, Weicker improved on her 12th place finish from her first world championship appearance last year. But this was not the first time she has stood on a major international podium, having won 53kg gold at the Commonwealth Games in April.

Team Canada wins its most medals ever at the World Wrestling Championships
12 Team Canada athletes who are Winter and Summer Olympians
De Haître: 2 sports, 2 Olympic Games, 7 months. Challenge accepted.
Shuttlecock and balls: The fastest moving objects in sport
McBean: Chaos and change can provide the greatest opportunities
What is the difference between racquetball and squash?