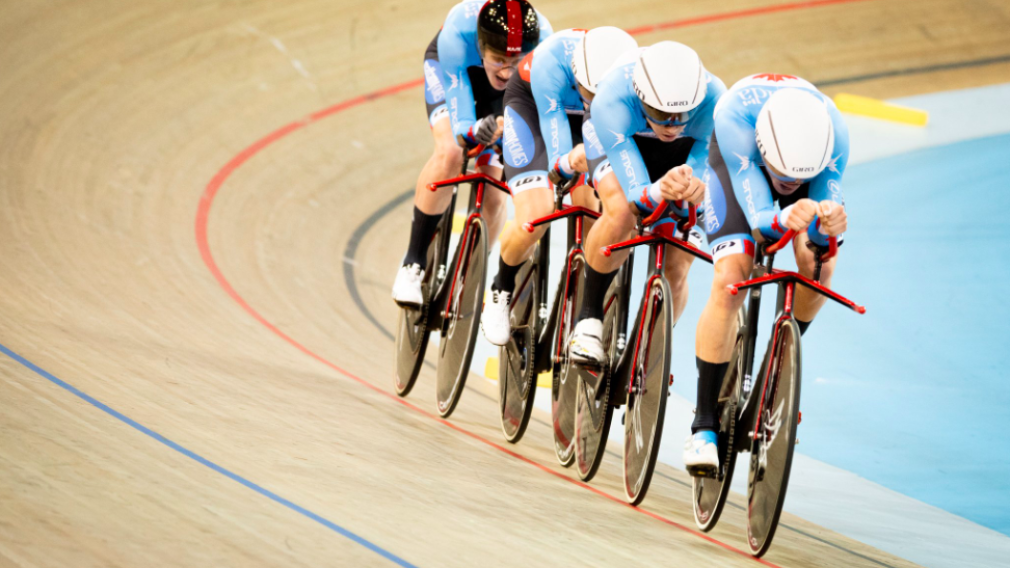 It was a double bronze day for Team Canada’s track cycling team in Berlin on Friday.

Team Canada took home its first medal of the season in the women’s team pursuit at the third stop of UCI Track Cycling World Cup. It wasn’t an ordinary race for Team Canada as the quartet of Allison Beveridge, Ariane Bonhomme, Annie Foreman-Mackey and Stephanie Roorda managed to overlap the Italian team before they hit the 3000m mark of the the 4000m race to claim the bronze medal.

Crushed it! First medal of the season for the Women's Team Pursuit squad at the #TissotUCITrackWC 🍁🥉

Kinley Gibson had competed in earlier rounds of competition, which saw Canada place fourth in qualifying. They then posted the third best time in the first round to advance to the bronze medal race.

Shortly thereafter, the men’s team pursuit had a tight race against the Huub Wattbike Test Team. Trailing through the first half of the bronze medal showdown, the Canadian quartet of Derek Gee, Aidan Caves, Michael Foley and Jay Lamoureux picked up their pace and took the lead, finishing with a time of 3 minutes and 56.339 seconds and winning the bronze medal by just 0.755 seconds.

Adam Jamieson had competed in earlier rounds, as Canada placed fifth in qualifying and then fourth in the first round to earn their spot in the bronze medal race.

The World Cup continues in Berlin through Sunday.