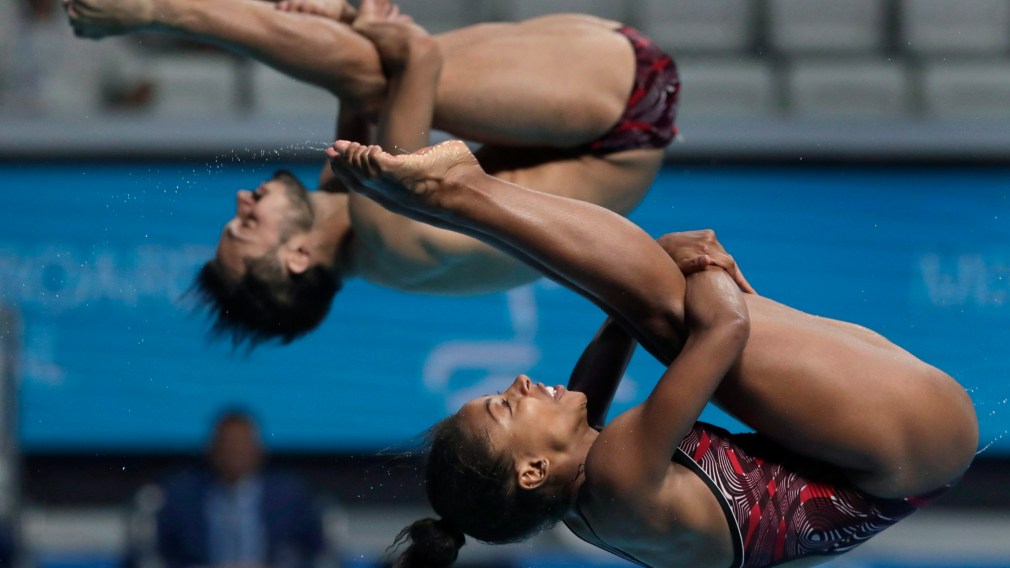 Team Canada leaving it late but “wow” was it worth it!
Watch on 📺 https://t.co/bEozhdW5qV. 🌍💦#FINA #FINAtv #Diving #DWS19 pic.twitter.com/qdKmhmy90a

Abel’s first medal of the day came in the women’s 3m springboard. She stayed mainly in fifth place throughout her dives, before jumping to third on her final dive. Ahead of her on the podium were Chinese divers Tingmao Shi (382.05) and Han Wang (378.90).

Pamela Ware also competed in the 3m springboard, and finished just off the podium in fourth place, with 353.25 points.

Yesterday, Meaghan Benfeito won Canada’s only medal, a silver in the 10m platform.

Canada has a total of five medals from this stop on the FINA World Diving Series. The circuit will stop next weekend in Beijing, before heading to Montreal from April 26-28.

Two medals for Canada at the FINA World Diving Series in Sagamihara
Getting vertical: The highest jumps in sport
Parrot wins gold at FIS big air World Cup in Austria
Shuttlecock and balls: The fastest moving objects in sport
What is the difference between racquetball and squash?
Korea 101: Korean Customs and Traditions