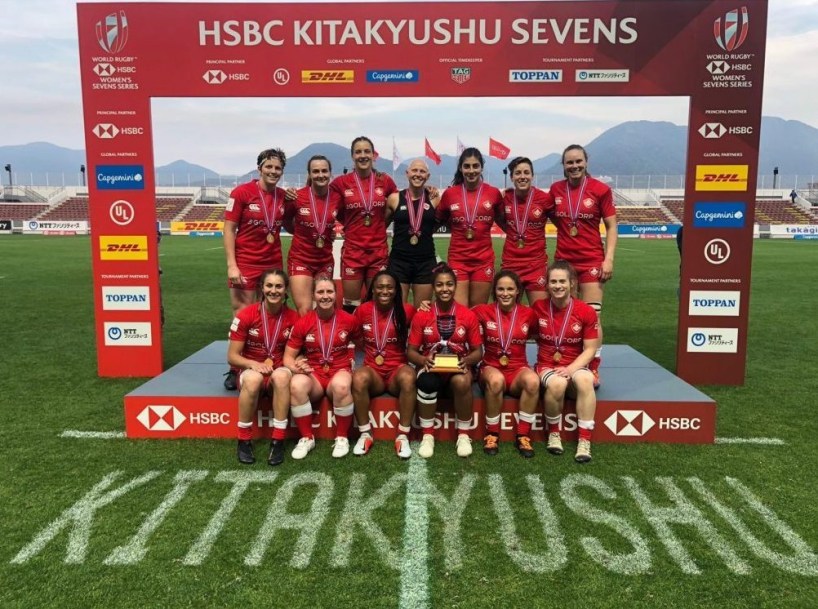 On the fourth stop of the Women’s World Rugby Sevens Series, Team Canada was golden.

The Canadian squad will be returning home with gold medals draped around their necks after winning the HSBC women’s sevens in Kitakyushu, Japan on Saturday. This is Canada’s first major title since Sydney, Australia in 2017.

The Canadians played an undefeated tournament from their pool-play wins against China, Spain and Australia to their playoff victory against Team Russia to bring them to a final show down against England.

Team England struck first to take a 5-0 advantage over the Canadians early in the game. In the first half, Canada was unable to answer their points, leaving them trailing heading into the second. Team Canada stayed behind until the very last play of the game – at that point, captain Ghislaine Landry had very different plans.

On the final play, Landry put down the winning try of the match and added the conversion to secure a 7-5 victory over England.

“The whole weekend has been such a grind and such a fight,” Landry said in a post-game interview. “To finish it out with a win, it means so much.”

The next stop of the HSBC World Rugby Sevens Series will touch down on home turf in Langford, British Columbia.