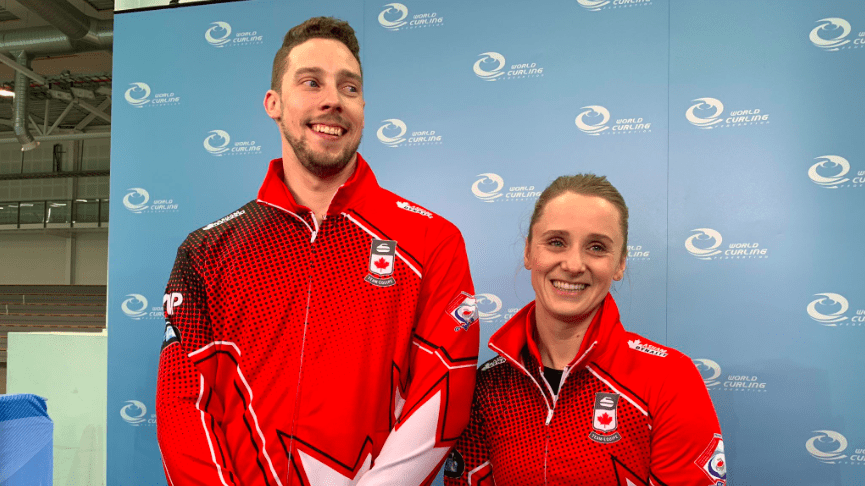 Team Canada’s Jocelyn Peterman and Brett Gallant will leave the World Mixed Doubles Curling Championship with silver medals draped around their necks after falling to Team Sweden in the finals.

As expected, the two teams played a tight game from start to finish. Going back and forth in scoring throughout the match, Sweden’s Anna Hasselborg and Oskar Eriksson were finally able to shut Canada out on the very last play of the game. The Swedish pairing secured their gold medal with a 6-5 win on Saturday afternoon.

Sweden are forced to draw the button for the gold medal and there were no mistakes here! 🇸🇪🥇#WMDCC2019 #curling pic.twitter.com/tQX4BQP9yW

Peterman and Gallant played a strong tournament from the very beginning, winning all but one round robin game. The Canadian duo secured their spot in the finals after beating the United States’ John Shuster and Cory Christensen 9-5 earlier in the day.

Congratulations to Jocelyn Peterman and Brett Gallant on winning the silver at the 2019 World Mixed Doubles!

Despite the loss, their impressive tournament secured Team Canada’s spot at the 2020 World Mixed Curling Championships – an important qualifier for the 2022 Winter Games in Beijing, China.

On the other side of the rink, Team Canada’s senior curling teams saw great success at the World Senior Curling Championships. Both the senior men and women’s team stood at the top of the podium after winning gold in their respective finals.