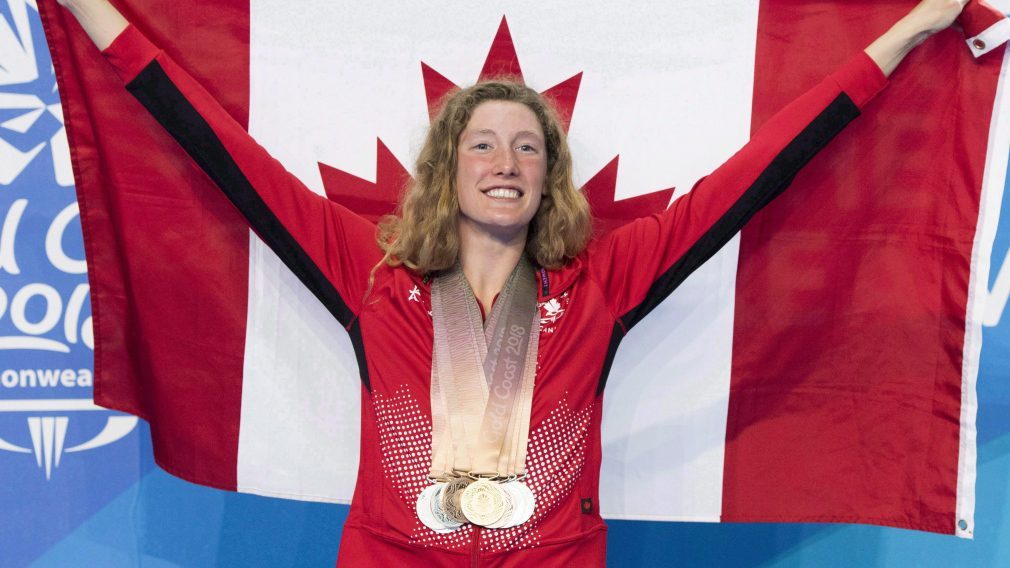 In the last stop of the Mare Nostrum swim circuit, Team Canada picked up seven medals in Barcelona, Spain.

After earning bronze in the 200m backstroke at the most recent Mare Nostrum circuit last week, Taylor Ruck found herself on the podium again this weekend. However, this time she was standing on the top step, winning gold in the 100m backstroke in an impressive time of 59.88 seconds. She was followed by Americans Phoebe Bacon (59.90s) and Alexandra Walsh (1:00.52).

On Sunday, Canadian superstar Penny Oleksiak won a gold medal in the 50-metre butterfly. Oleksiak is showing consistency as she matched her season-best time of 26.06.

Earlier this week, Oleksiak won the 50m butterfly gold at Mare Nostrum in Canet-en-Roussillon, France. Oleksiak also competed in Barcelona on Saturday, narrowly missing the podium in fourth place in the 100m butterfly. 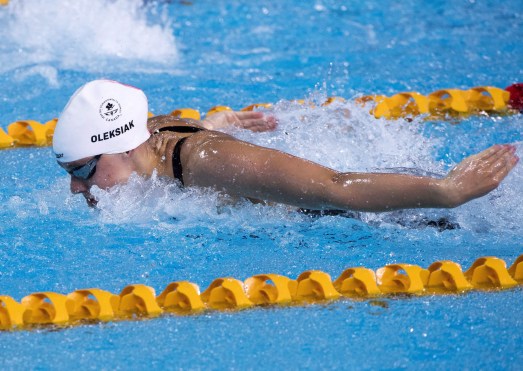 On Saturday, Rebecca Smith and Kayla Noelle Sanchez each won a silver medal in the 100m butterfly and 200m freestyle, respectively. Smith swam the 100m in 51.81s. She was followed by Germany’s Angelina Koehler (59.01s), while Katinka Hosszu of Hungary came in the first place with a time of 57.80s.

18-year-old Sanchez reached the wall in 1:57.58 to take home a silver medal from the event. Sanchez was joined on the podium by Czech swimmer Barbora Seemanova who took gold with a time of 1:57.72 and Germany’s Julia Mrozinski (1:58.41).

As for Canadian men, Mack Darragh was able to earn another silver for Canada. The 2016 Rio Olympian completed the 200m butterfly in 1:57.99 to sit in second place. David Thomasberger of Germany (1:57.38) and Brazil’s Luiz Altamir Melo (1:58.63) completed the podium in first and third.