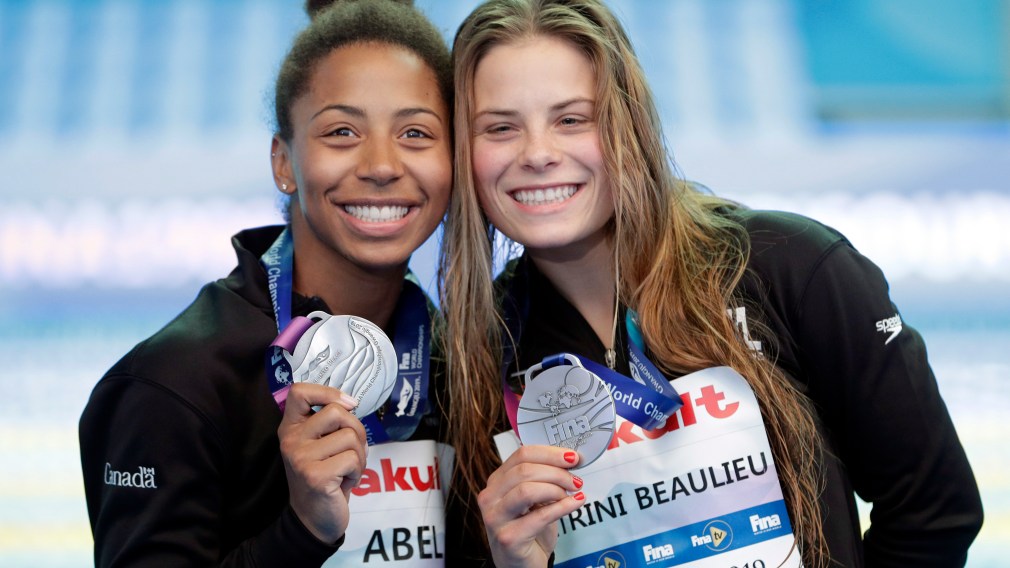 Jennifer Abel and Mélissa Citrini-Beaulieu have qualified for Tokyo 2020 in the women’s 3m synchro event after winning silver at the FINA World Championships.

This also marks a national record for Abel, who now has nine World Championship medals. Before winning Monday’s medal, she was tied with retired Team Canada athletes Alex Despatie and Ryan Cochrane for the most medals won by a Canadian at the World Championships.

Nothing quite like getting it right at the World Championships. Jennifer Abel and Melissa Citrini Beaulieu of 🇨🇦 certainly succeeded, in the Women’s 3m Synchro, where they took a silver behind China and ahead of Mexico. #Diving #FINAGwangju2019 @DivingCanada pic.twitter.com/4lFq42KnOW

Abel and Citrini-Beaulieu finished the competition with a total of 311.10 points. They were consistently in second place throughout the five dives.

This is the second straight World Championship silver for the Canadian duo.

Also competing on Monday are Vincent Riendeau and Nathan Zsombor-Murray in the men’s 10m synchro platform.

Competition at the FINA World Championships continues through to July 28. Diving, artistic swimming and open water events will conclude on July 20. Swimming competition will start on July 21.

Abel and Citrini-Beaulieu win world championship silver and Tokyo 2020 qualification
What to expect from Canadian tennis players at the French Open
Shuttlecock and balls: The fastest moving objects in sport
Adventure, culture and food: 9 things Peru is famous for
55 Olympic and Paralympic hopefuls awarded the 2020 Petro-Canada FACE™ grant
Katherine Surin: Lessons learned from an ordinary yet extraordinary father