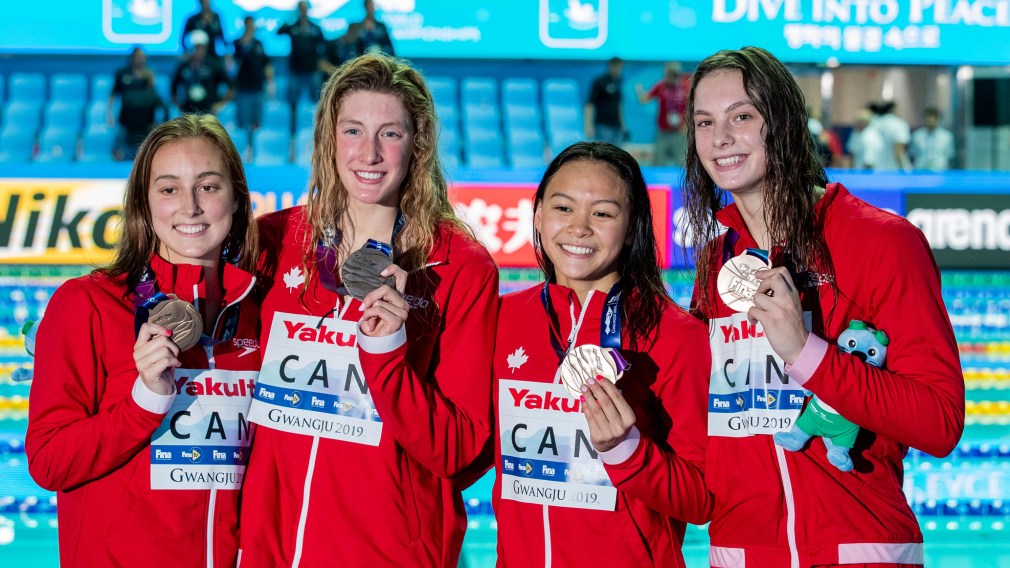 On Thursday at the FINA World Championships, the team of Kayla Sanchez, Taylor Ruck, Emily Overholt and Penny Oleksiak won the bronze medal in the women’s 4x200m freestyle relay.

They set a Canadian record time of 7:44.35. Finishing ahead of them were Australia and the United States.

The Australians won the race with a world record time of 7:41.50.

After finishing in the top 12 for the heats, Canada has earned a quota spot for Tokyo 2020.

Earlier in the day, Markus Thormeyer broke the Canadian record in the men’s 200m backstroke.

🚨CDN Record Alert! 🇨🇦Markus Thormeyer breaks the Canadian record in the 200 back semifinals with a time of 1:56.96 and advances to the finals in 5th!#FINAGwangju2019 pic.twitter.com/49oRzNCQOI

Thormeyer wasn’t supposed to compete, but when China’s Xu Jiayu dropped out, the Canadian got a last minute call that he would be swimming in the race.