How Team Canada athletes continue to give back to their communities

To reach the Olympic Games, every Canadian athlete has had people help them along their journey to greatness in some form or another.

So we thought we’d highlight and salute some of the many Canadian athletes who are paying it forward by dedicating time and effort to helping others. 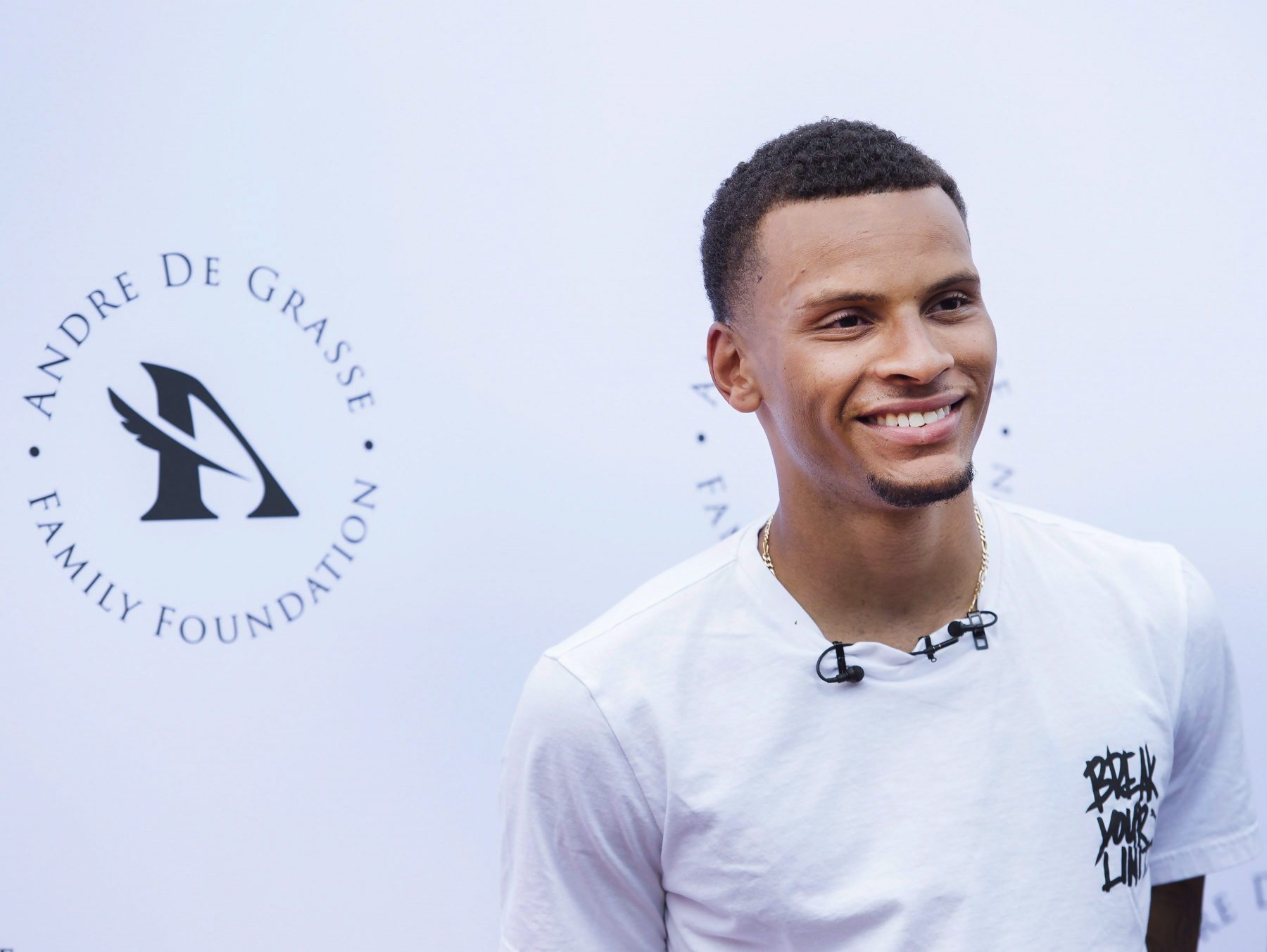 In the spring of 2018, Canadian track superstar Andre De Grasse launched his foundation to inspire youth through sport and education. “Speak it into existence” is the quote De Grasse lives by and through the foundation’s many programs – which include mentorship opportunities, sport clinics, and a scholarship fund – the Markham, Ontario native hopes to help youth dream big, achieve their goals and find success inside and outside of the classroom.

The Andre De Grasse Family Foundation also supports other organizations including The Hospital for Sick Children Caribbean Initiative, which provides support for children with cancer and blood disorders.

At the start of the Covid-19 pandemic, Brandon McBride was inspired to help others. His initiatives eventually led to the creation of the McBride Youth United Association (MYUA). McBride and the foundation’s goals are to empower the youth in Windsor-Essex county through mentorship, tutoring, skill-building and recreation.

The foundation follows the late Nelson Mandela’s model that “the youth of today are the leaders of tomorrow.” With that in mind, the MYUA is looking to help build essential life skills, strong interpersonal skills, pro-social friendships for young people in McBride’s hometown of Windsor. 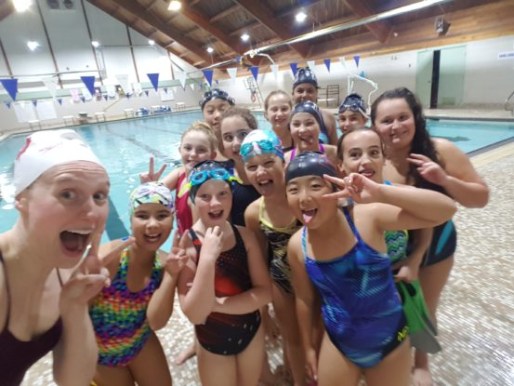 Since retiring from competitive swimming, two-time Olympian Martha McCabe has been dedicated to helping youth.

Immediately after returning home from Rio 2016, McCabe founded Martha’s Canadian Drive, a more than 50-day cross Canada tour. She continues to impact many via her foundation Head to Head, which strives to empower the next generation through mentorship programs and clinics led by Canadian Olympians. At the same time, McCabe hopes Head to Head will help Canadian Olympians in their transition out of competitive sport.

To date, McCabe and the Head to Head roster of over 25 Olympians, including Evan Dunfee, Jayna Hefford and Adam Van Koeverden, have mentored youth from more than 50 different schools, clubs and sports teams.

Laura Stacey Sticks In For Charity

Canadian Olympic hockey player Laura Stacey started an annual road hockey tournament in her hometown of Toronto to raise money for her “LS7 Activity Days” which allow school kids to try a number of different sports and to provide financial support for young girls to play hockey.

In its first two years of existence, the street hockey tournament had hundreds of participants and raised more than $10,000 in 2018. 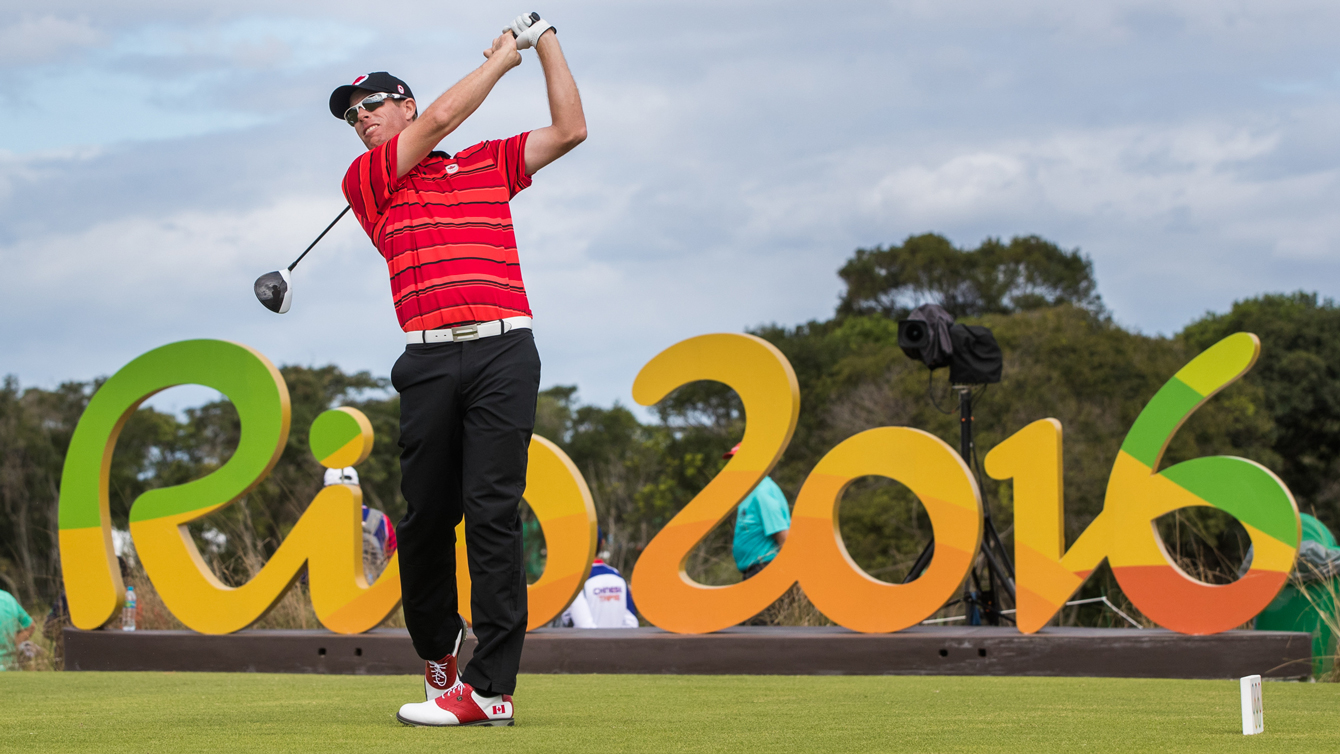 Canada’s David Hearn tees off in the first round of the Rio 2016 golf tournament on August 11, 2016. COC Photo/Mark Blinch

Founded in 2015 by Canadian pro golfer David Hearn, the foundation has raised funds to support individuals and families who are dealing with the personal and social impacts of Alzheimer’s disease. Each year the foundation holds an annual golf tournament and since its inception has raised upwards of $650,000.

Founded by Olympic hurdler Sarah Wells, the Believe Initiative was created to help young people push past obstacles and believe that they can achieve their goals in life.

To teach young people about being resilient and learning from their mistakes, the Believe Initiative holds a Believe Summer for students during which they can hear from their role models and participate in keynote events with Wells. The program also provides a school educational resource to encourage self-belief called Believe In A Box.

The Believe Initiative has reached over 30,000 students from 60 schools across four provinces. 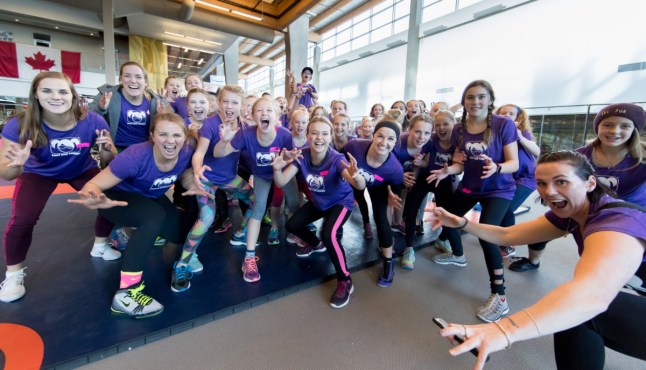 Olympic champion Chandra Crawford founded Fast and Female in 2005 after meeting a young girl who told her that girls don’t get to do cool, fun and athletic stuff. Three years later she was joined on her mission to keep girls healthy and active in sport by fellow cross-country skier, American Kikkan Randall. The charity is now a registered non-profit in both countries, hosting fun-filled events that introduce girls to strong female role models – because you can’t be what you can’t see.

Crawford was the recipient of the 2018 IOC Women and Sport Award for the Americas region for her efforts with Fast and Female. 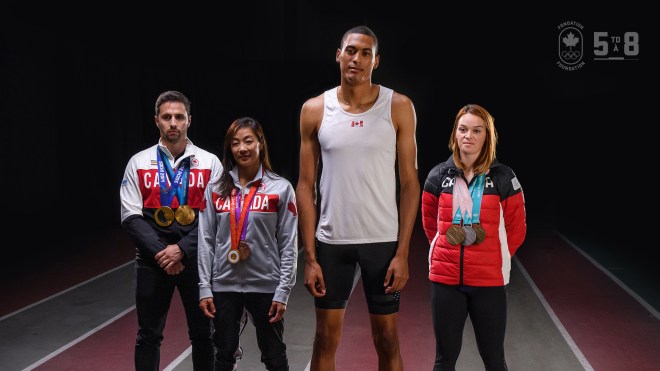 To support the Canadian Olympic Foundation and help Canadians achieve their dreams of reaching the podium, donate here.