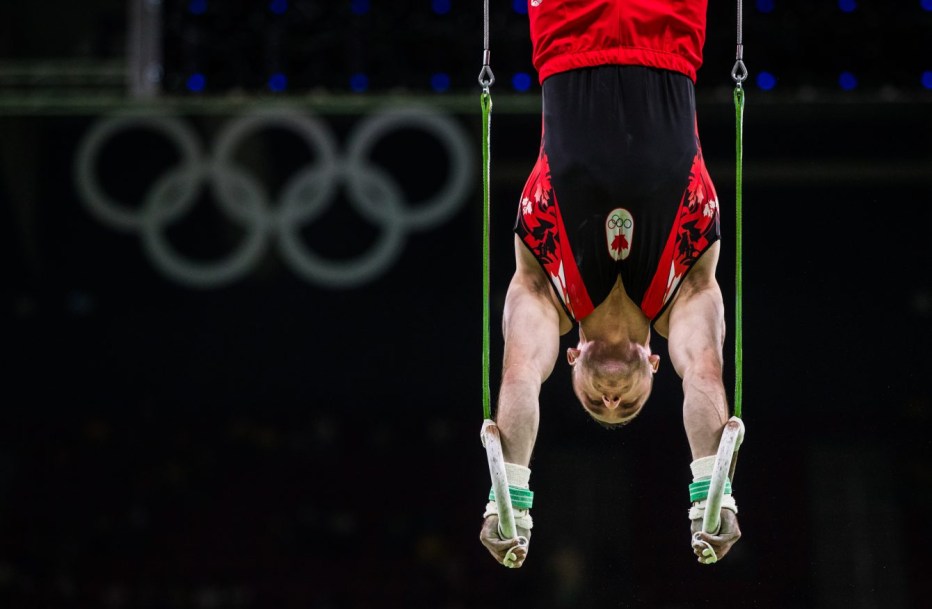 No matter their chosen discipline, gymnasts are expected to demonstrate strength, speed, flexibility, and of course, skill.

But what sets artistic gymnastics apart from rhythmic gymnastics to make each sport unique? We break it down below:

A dictionary would define gymnastics as exercises that develop or display physical agility and coordination. The roots of gymnastics can be traced to ancient Greece where men gathered at “gymnasiums” to practice such exercises and also discuss art, literature and philosophy. Did you know the word “gymnastics” derives from the Greek “gymnos” which translates literally to “naked”? That’s why it was limited to men in its early days.

Artistic gymnastics has been an Olympic staple since the first modern Games were held at Athens 1896. Back then, only men competed on apparatus that had developed earlier in the 19th century. A women’s event was added at Amsterdam 1928, at which time the sport began to evolve into what we recognize today.

Rhythmic gymnastics was a late 19th century creation, focused more on grace rather than brute strength. It emerged as a competitive sport in the former Soviet Union which held its first national championships in 1942. It was 42 years later that the sport made its Olympic debut at Los Angeles 1984.

In one word, yes.

Men and women both compete in artistic gymnastics, though some of their apparatus are different as are the associated rules (keep reading for more). Rhythmic gymnastics is for women only.

What are gymnastics apparatus?

In artistic gymnastics, men and women compete on apparatus while in rhythmic gymnastics the athletes compete with handheld apparatus.

Some apparatus put more of an emphasis on flips and twists while others are focused on strength and power. Though both genders compete on floor exercise, the biggest difference is that women perform to music and are expected to incorporate dance moves along with their incredible tumbling.

There are four apparatus used in rhythmic gymnastics: ribbon, hoop, ball and clubs. Gymnasts must keep them in constant motion, performing leaps, jumps, turns and balances – but no flips or tumbling – as they maneuver the apparatus with variety and speed.

Are there team events in gymnastics?

Yes, but with very different formats.

In artistic gymnastics, the scores of three individual gymnasts on each apparatus are added together to arrive at a total team score. So for a men’s team, that’s 18 scores to be counted while a women’s team has 12 scores counting.

In rhythmic gymnastics, the team event at the Olympic Games is called the group all-around. It has two routines, the first featuring five identical apparatus and a second with a combination of two of one apparatus and three of another, as mandated by the international federation. These routines are two minutes 15 seconds to two minutes 30 seconds, featuring exciting and challenging exchanges and collaborations.

How many gymnastics events are there?

There are 14 Olympic events in artistic gymnastics. In addition to the men’s and women’s team events, there is an individual all-around for each gender which counts scores on all of the apparatus on which they compete. Medals are also awarded for each of the six men’s apparatus and four women’s apparatus.

In addition to the group all-around, there is an individual all-around in rhythmic gymnastics. Scores from four routines, each running 75-90 seconds, are added together for each competitor.

How are gymnasts judged?

Artistic gymnastics has two D judges who start with a score of zero and add to it with each skill performed. Five E judges start with a score of 10 and deduct from it for each error. The highest and lowest E scores are dropped with the remaining three averaged and then added to the D score for the routine’s total.

Rhythmic gymnastics has four D judges and six E judges. Two of the E judges focus on artistic faults while the other four focus on technical faults. The D score and E score are added together for the routine’s total.

Is trampoline a gymnastics event?

Yes it is and has been on the Olympic program since Sydney 2000. At the Olympic Games, there is just one individual event for men and one individual event for women. Each athlete performs 10 skills that demonstrate a variety of forward and backward twisting and non-twisting elements. The difficulty and the execution of those elements are considered in the scoring, along with the amount of time the athlete spends in the air (above the trampoline) and how much they travel horizontally across the trampoline bed.