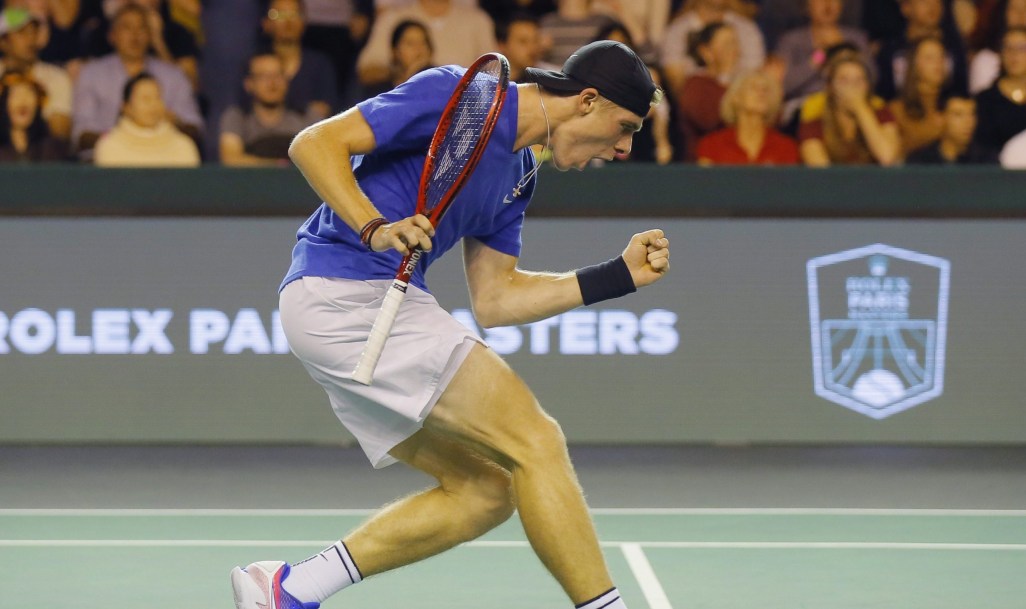 Denis Shapovalov earned a spot in the quarter-finals of the Paris Masters with a 6-2, 5-7, 6-2 victory over world No. 6 Alexander Zverev on Thursday night.

Following his comeback win (3-6, 6-3, 6-3) over Italian Fabio Fognini on Wednesday, Shapovalov provided another upset in Thursday’s match, defeating Germany’s top-ranked player. After the Canadian came out strong with a convincing first set victory, Zverev fought back to claim the second set. The third and final set was no contest, however, as 20-year-old Shapovalov overpowered his opponent.

🇨🇦 How good was that, @denis_shapo fans?! 🇨🇦

The young Canadian found his confidence against world No. 11 Fognini, collecting his first win over a top-15 opponent since March.

The victory over Zverev marked Shapovalov’s third career win over a top-10 opponent, and his first win over the German in four matches. In fact, Zverev had not dropped a set to Shapovalov before Thursday’s meeting.

He will face either Gael Monfis or Radu Albot on Friday in his fourth ATP Masters 1000 quarter-finals appearance.

Shapovalov will also compete in doubles action on Thursday night as he and Rohan Bopanna will face off against Fernando Verdasco and Benoit Paire.

Equally talented in hunter, jumper and equitation, Erynn Ballard became only the second Canadian to win the prestigious ASPCA Maclay…