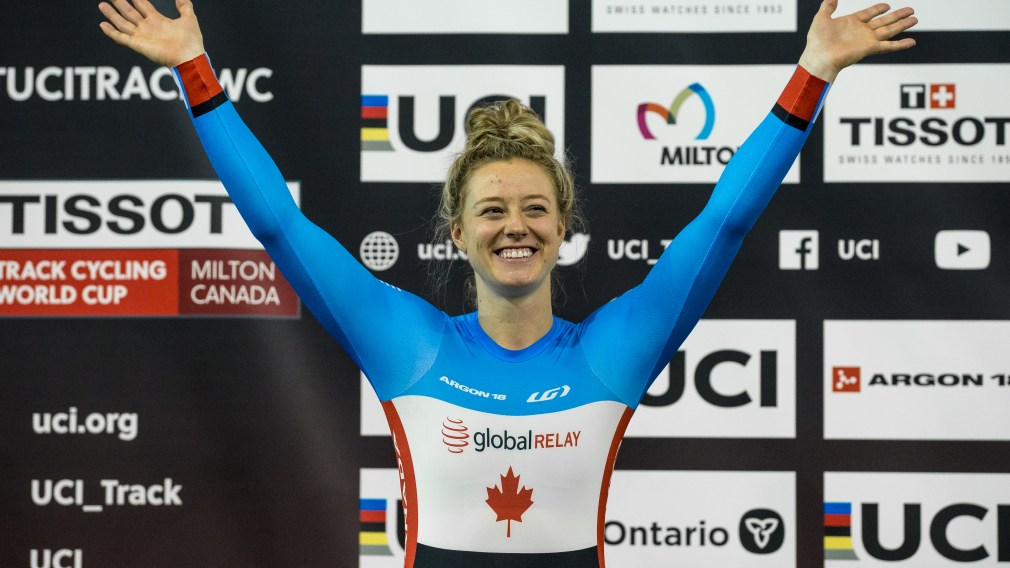 After winning gold in the women’s team sprint alongside Lauriane Genest on Friday at the UCI Track Cycling World Cup in Milton, Ontario, Kelsey Mitchell claimed a silver medal in the women’s sprint on Saturday night.

In her second straight final of the weekend, she took on the Netherlands’ Laurine van Riessen in a battle for gold. However, the 26-year-old was unable to beat the experienced cyclist to the finish line.

American Madalyn Godby completed the podium in third after taking on Mathilde Gros of France.

A wonderful weekend for 🍁 Kelsey Mitchell continues with 🥈 in the women’s sprint! The World Championships are awaiting our sprint 🌠 #TWCMilton2020 pic.twitter.com/gC13k73eq6

Despite falling short, Mitchell was thrilled with the weekend she had at the Mattamy National Cycling Centre.

“I feel amazing,” Mitchell said post-race. “Winning two medals at home on my home track that I train on, you can’t beat the feeling.”

Canada has had an impressive showing in the competition so far, claiming one gold, one silver and two bronze. They’ll hope to add to that feat on Sunday evening as the World Cup wraps up with the men’s sprint and madison competitions, as well as the women’s kierin and omnium.