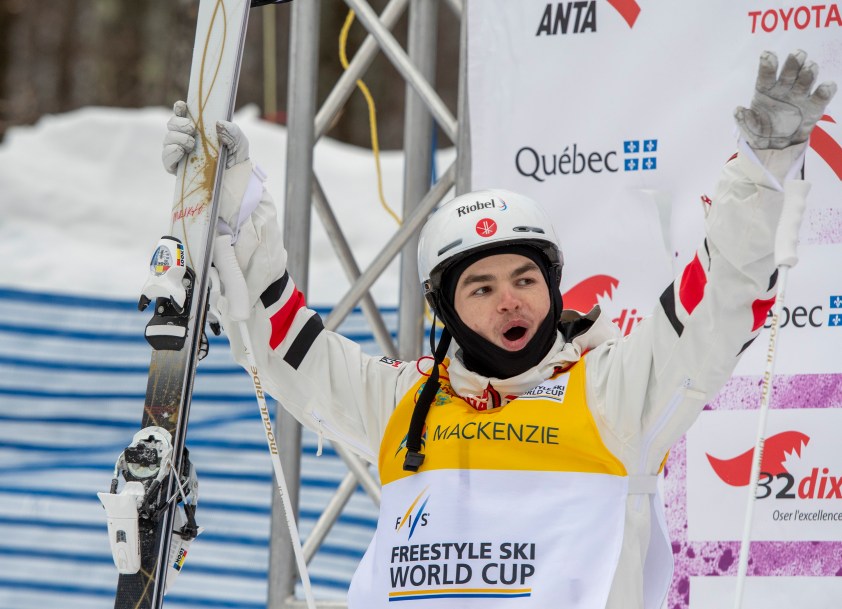 With the support of the home crowd, Mikaël Kingsbury put on a show to claim his 60th World Cup gold medal. His score of 89.09 put him ahead of Sweden’s Walter Wallberg (85.10) and Dmitriy Reikherd of Kazakhstan (84.19).

Kingsbury won gold last year in Calgary, which was win number 53, so he is no stranger to the celebratory cowboy hats. He also won gold last weekend in Mont Tremblant.

READ: Kingsbury and Dufour-Lapointe return to the podium at Moguls World Cup

Justine Dufour-Lapointe secured a smooth run to find herself comfortable in second place. However, Yulia Galysheva of Kazakhstan (80.69) closed the competition and bumped her to third place (79.94). Perrine Laffont of France won gold (81.22). Dufour-Lapointe’s last podium finish was also a bronze in December 2019 in Thaiwoo, China. 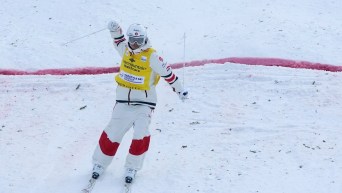