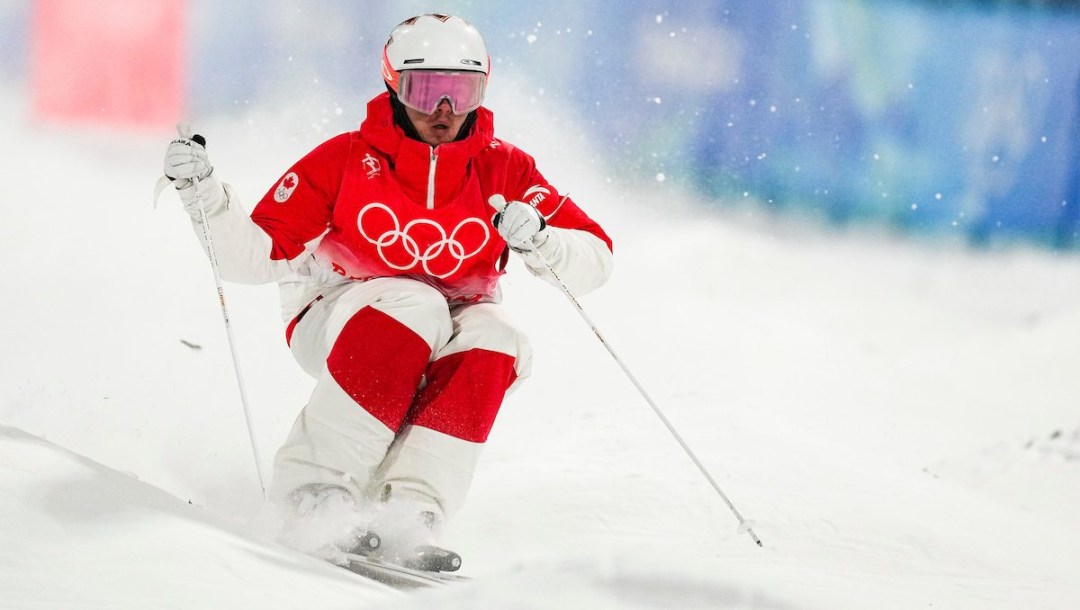 The most dominant moguls skier in history, Mikaël Kingsbury completed his trophy case at PyeongChang 2018, winning the Olympic gold medal. Four years earlier, he had shared the podium with teammate Alex Bilodeau at Sochi 2014, winning the silver medal in his Olympic debut. He added another silver at Beijing 2022 as he became the first male moguls skier to ever win three Olympic medals.

Kingsbury made his World Cup debut in January 2010 and was named that season‘s FIS World Cup Rookie of the Year. He earned his first World Cup victory in December 2010 when he was still just 18. While Bilodeau took a break from competition in 2011-12, Kingsbury became the king of all freestyle skiers, winning the Crystal Globe as the overall World Cup champion. Not yet 20, he was the youngest male moguls skier to ever win a Crystal Globe. His remarkable season included a record 13 World Cup medals (eight gold, four silver, one bronze) as he reached the podium in every event he entered. That included a record-tying string of six straight moguls wins. Kingsbury’s podium streak continued in 2012-13 as he won the first five World Cup moguls events he entered, including the Sochi test event. He won the first six World Cup moguls events of 2017-18, extending his World Cup win streak to a record 13 events, dating back to February 2017.

Over the 2018-19 and 2019-20 seasons, Kingsbury won gold in nine of the 13 World Cup moguls events. While training for the 2020-21 season opener in Ruka, Finland, he fractured two vertebrae when he landed awkwardly off a jump. That kept him out of competition until February, but he showed no rust upon his return. He won gold in moguls and dual moguls at the only World Cup he entered, followed by his double gold performance at the 2021 World Championships.

A little more about Mikaël…

Getting into the Sport: Started skiing at age four… When he was eight he joined a freestyle club at Mont Saint-Sauveur… A year earlier he had seen the club’s moguls team and wanted to ski with them… When skiing with his parents he was always going over bumps between trees and hitting jumps… At age 10 put the Olympic rings above his bed with the words “I will win”… Outside Interests: Enjoys playing hockey and golf, as well as surfing and skateboarding… Supports the Fondation Drapeau-Deschambault… Odds and Ends: Superstitions: has a t-shirt that has become his lucky shirt which reads “It’s good to be the king”; has worn it since reaching his first World Cup podium in 2010… Had his Olympic dream sparked while watching the 2002 Olympic men’s moguls competition… Always wears his Livestrong bracelet… Favourite motto: Impossible is nothing…