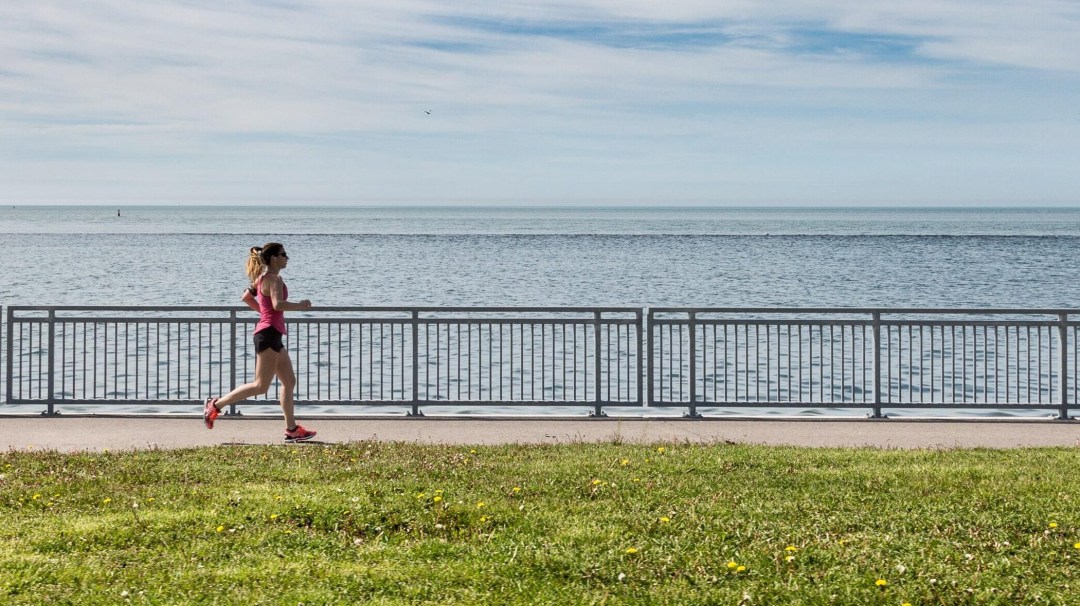 Running is such a great activity.

It’s accessible year-round. It’s cost-effective. You can run almost anywhere. And everyone can go at their own pace.

To help inspire you to get out and enjoy some fresh air and get that heart rate going, here are just a few awesome places from across our great country that are made for running. Remember to always respect your limits and listen to your body! 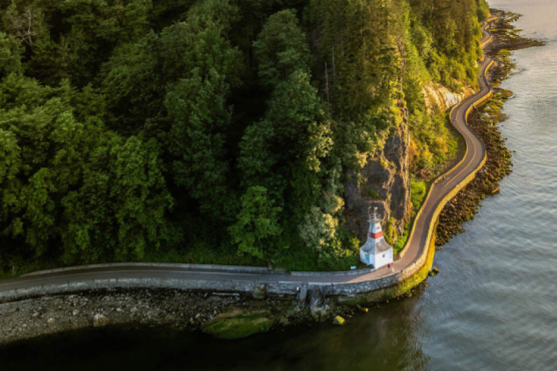 A look from above at the Seawall pathway. Photo: tourismvancouver.com

Twenty-eight kilometres! That’s the length of the world’s longest uninterrupted waterfront path. It is accessible from multiple points in downtown Vancouver – from Coal Harbour, around Stanley Park, along English Bay, to Kitsilano Beach.

If the water draws you in and you want your journey to take you as far as possible, don’t worry. In many places around False Creek, you can simply hop on a ferry to head back to where you started! If you prefer to stay in Stanley Park, the Seawall there is 9km long, which takes two to three hours to walk, less to run.

The city of Vancouver is known for its quality infrastructure and this pathway is no exception. With excellent signage from start to finish, you’ll be able to create your own path based on your unique goals. 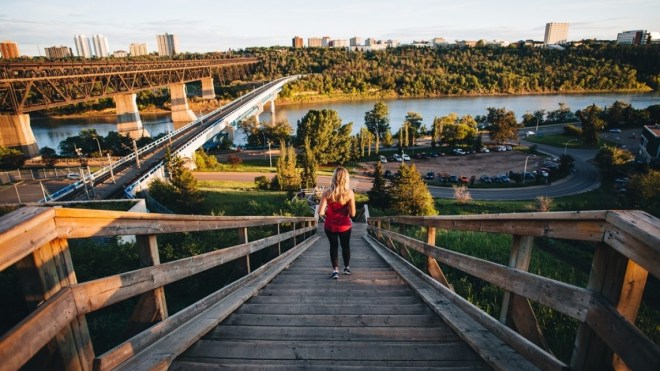 One of the stair paths at North Saskatchewan River Valley. Photo: exploreedmonton.com

The North Saskatchewan River Valley is the largest stretch of urban parkland in North America. With 150km of well-kept trails and 20 large parks, there is plenty to explore.

The valley’s trails are accessible from downtown Edmonton and offer beautiful views of the water and its magnificent parks. A number of Edmonton landmarks are also found along this trail. A guaranteed good time for everyone!

Located about a 3.5-hour drive west of Winnipeg in Treaty 2 Territory, Riding Mountain National Park has nearly 370km of trails for all skill levels.

A run through this park can take you through lush prairie lowlands or to the peak of the Manitoba Escarpment, where 65 million-year-old boulders tower almost 750m above sea level. Take a break and enjoy Kinosao Lake’s fresh water before hitting the trail once more.

For a short, easy run, try the Attikamek Trail, which stretches 2.2km on South St. Mary’s Island, located across the lock gates. You’ll be treated to marvellous wooded areas and quiet wetlands. Take advantage of the international bridge constructed in 1962 to observe the ducks, herons, frogs, squirrels, raccoons, and other wild animals and aquatic birds that coexist in the area.

It’s an ideal spot to sit and have a picnic at what was the world’s longest lock and important link for shipping from the Atlantic to Lake Superior when built at the end of the 19th century. 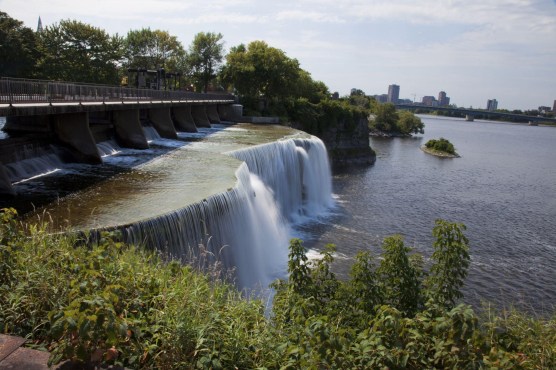 A view of Rideau Falls along the Ceremonial Loop in Ottawa, Ontario. Photo: ncc-ccn.gc.ca

Forget the guided tours, Ottawa’s “Ceremonial” Loop will allow you to discover the most important landmarks in our nation’s capital along the length of an 8km trail. The path starts at Rideau Hall and travels past the Rideau Falls before taking you by a number of historical monuments.

It’s the best way to combine your physical activity with a little bit of culture, history and politics. Why not reward your hard work with a new pair of runners at the CF Rideau Centre?

This grandiose green oasis situated at the heart of downtown Montreal is a must-visit for all runners. The mountain offers nearly 25km of trails and pathways; so many choices that getting lost doesn’t mean losing out.

The most popular choice among runners is without a doubt the Escarpment Trail. It’s a reasonable length and can be found between the Mount Royal and Camilien-Houde lookouts. A breathtaking view of the city awaits.

Enjoy your run at the most easterly National Park in Canada, where the boreal forest meets the sea. Take the Coastal Trail, a 10km pathway accessible to all which crosses the Pissamare Falls that slide along the coast. Keep your eyes peeled, you just might cross paths with a fox!

For those looking for competition, enter the special race held each year as teams compete to explore Newman Sound.

Who said you can only run on pavement? Prince Edward Island is filled with beautiful red sand beaches, perfect for running because of their firm, clay-like sand. Tea Hill Beach is no exception, found just 9km from PEI’s capital, Charlottetown.

Beware of high tide which makes the beach very narrow. But what a beautiful place to head out on a run and spend some time in the sand, relaxing and appreciating the sound of waves crashing on the shore. 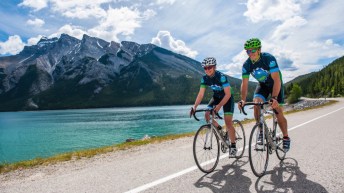 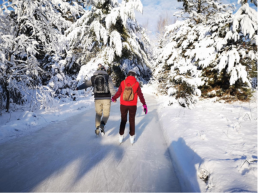 Natalie Sourisseau has more than 140 senior caps to her credit since making her national team debut in 2011. Later…