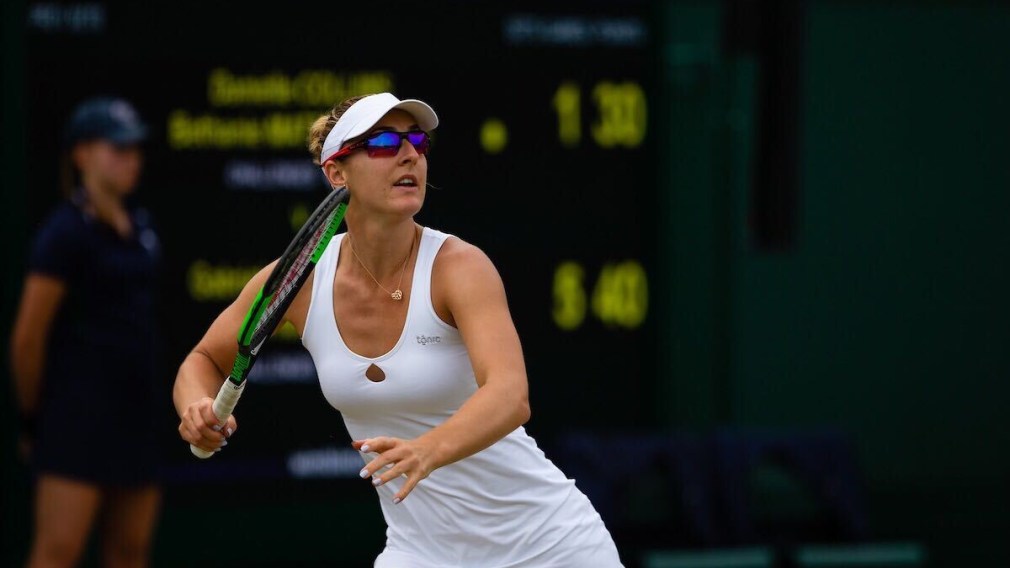 On Friday morning, Gabriela Dabrowski scored a win in women doubles to reach the third round at the French Open.

Dabrowski, along with her Latvian partner Jelena Ostapenko, were victorious in a three-set match. They defeated Japan’s Misaki Doi and Romanian Monica Niculescu 6-4, 2-6, 7-5.

Dabrowski and Ostapenko’s third round opponent is still to be determined. The match is set for Sunday, October 4th.

Vasek Pospisil and teammate John Sock will take to the court today for their second doubles match of the French Open against Pierre-Hughes Herbert and Nicolas Mahut.

Genie Bouchard was in action earlier today but was unable to advance to the fourth round in women’s singles.

READ: What to expect from Canadian tennis players at the French Open

The match was close until the final set, as Fernandez managed to win five-straight games to close out the match in two hours and 24 minutes.  In the summer of 2019, the 18-year-old was the first Canadian junior player since Genie Bouchard in 2012 to win a Grand slam event, where Fernandez defeated Emma Navarro at the Junior French Open.

Fernandez will have her work cut out for her, as she faces Petra Kvitova in the third round of the French Open.

Brilliant level from the 18 year old in the final set. Petra Kvitova up next! pic.twitter.com/3XQA6zTLsn

Denis Shapovalov was also in action this morning but lost a close five-setter in the second round against Roberto Carballes Baena.

In first round men’s doubles action, Vasek Pospisil and teammate Jack Sock defeated Shapovalov and Rohan Bopanna in straight sets 6-2, 6-2.  Pospisil and Sock will take on sixth-ranked French team Pierre-Hughes Herbert and Nicolas Mahut in the next round.

The 26-year-old from Montreal, has been riding a wave of confidence since her finals appearance at the Istanbul Open, earlier this month. Bouchard had defeated Anna Kalinskaya (No. 108) in the first round. In her next match in France, Bouchard will face Iga Swiatek (No. 54) of Poland.

Dabrowski, from Ottawa, along with her partner Ostapenko earned the first round victory convincingly.

Leylah Annie Fernandez and her partner Diane Parry were unable to win their doubles match on Wednesday.

Fernandez can look forward to a second round match in women’s singles, along with Denis Shapovalov on the men’s side. Both will play on Thursday.

Shapovalov continues to shine in September, after strong performances at the US Open where he made the quarterfinals and the Italian Open where he narrowly lost in the semifinals. The 21-year-old will match up in the second round against Spaniard Roberto Carballes Baena (No. 101).

Early Tuesday morning, Vasek Pospisil was also in action but was unable to reach the second round.

Just a few weeks ago, Fernandez won her first-ever match in the main draw at a Grand Slam tournament, now she has defeated a seeded player to advance to the second round. Fernandez joins Eugenie Bouchard in the second round after her win on September 27th. Fernandez’s next match will be against Slovenian Polona Hercog (No. 47).

A Fernandez fightback win at #RolandGarros!

The 18-year-old Canadian downs the tournament's No. 31 seed to reach the second round of the final Grand Slam of the season. Congrats, @leylahfernandez 👊 pic.twitter.com/nuuEKav8Ro

Early Monday morning, Félix Auger-Aliassime & Steven Diaz were also in action today but were unable to advance to the next round.

Eugenie Bouchard (No. 168) was the lone Canadian to take the court in Women’s Singles on Sunday. She beat Russia’s Anna Kalinskaya (No. 108) 6-4, 6-4. This was the first meeting of their careers.

Raised her level impressively to close out the set. 👊 #RolandGarros pic.twitter.com/1ZEYuY8ZTU

After reaching the Istanbul Open, her first since 2016, Bouchard landed a wild card spot to attend Roland Garros when she jumped over 100 places in the WTA rankings. For the second round, Bouchard will face Daria Gavrilova of Australia (No. 188) on September 30th.