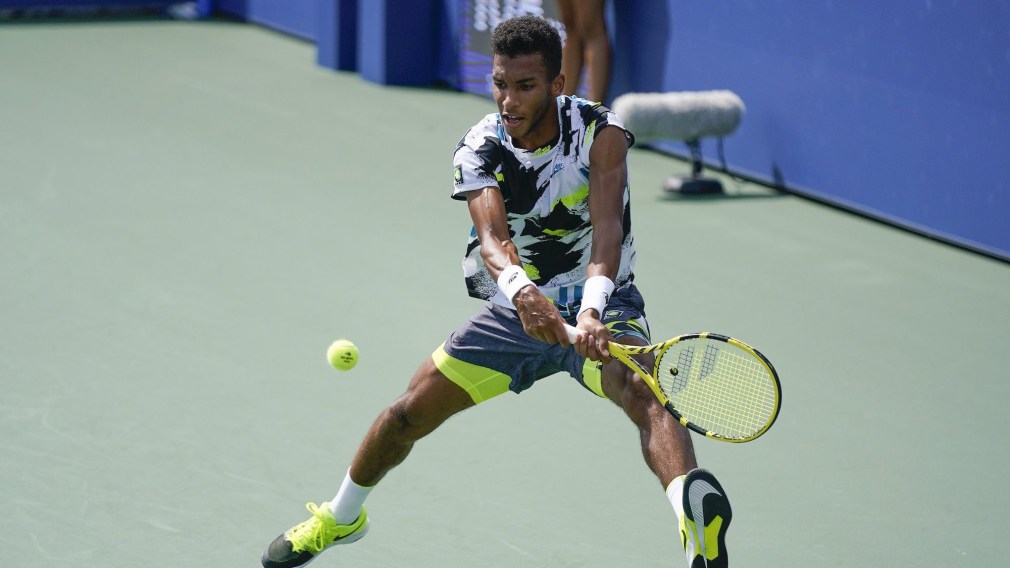 Félix Auger-Aliassime was victorious once again at the 2020 Bett1Hulks Indoors tennis tournament and is through to the finals.

This is the Canadian’s first win over Bautista Agut. They have only one other previous meeting, at the Davis Cup Final in Madrid last November.

Auger-Alliassime, has had a dominant week in Cologne, defeating his opponents without dropping a single set. This momentum continued into the opening set of the semifinal match, taking the early lead. In the second set, the Canadian experienced some difficulties, particularly with serving.

In the third set, spectators were kept in suspense. Auger-Aliassime led 3-0 and the game seemed to be determined, until Bautista Agut made a comeback tightening the score to the score of 5-3. The Montreal native did not give up, coming back to achieve another successful victory, taking the final set 6-3 and came away with the win after just under two hours of play.

See you in the final, Felix! 👋

With this win, the Montreal native reaches his sixth ATP Tour final. He has reached two finals earlier this year in Rotterdam and Marseille. He will meet the tournament’s No. 1 seed Alexander Zverev (No. 7) of Germany on Sunday in the final in hopes of winning his first career ATP final. In their two previous encounters in Beijing and Monaco last year, Auger-Alliassime has come up short.

Bett1Hulks Indoors: Felix Auger-Aliassime advances to finals
What is the difference between racquetball and squash?
RBC Training Ground: The search for future Team Canada athletes goes virtual
Shuttlecock and balls: The fastest moving objects in sport
Adventure, culture and food: 9 things Peru is famous for
This & That: Kylie Masse on being a swimmer without water, modelling, and the world’s best coffee