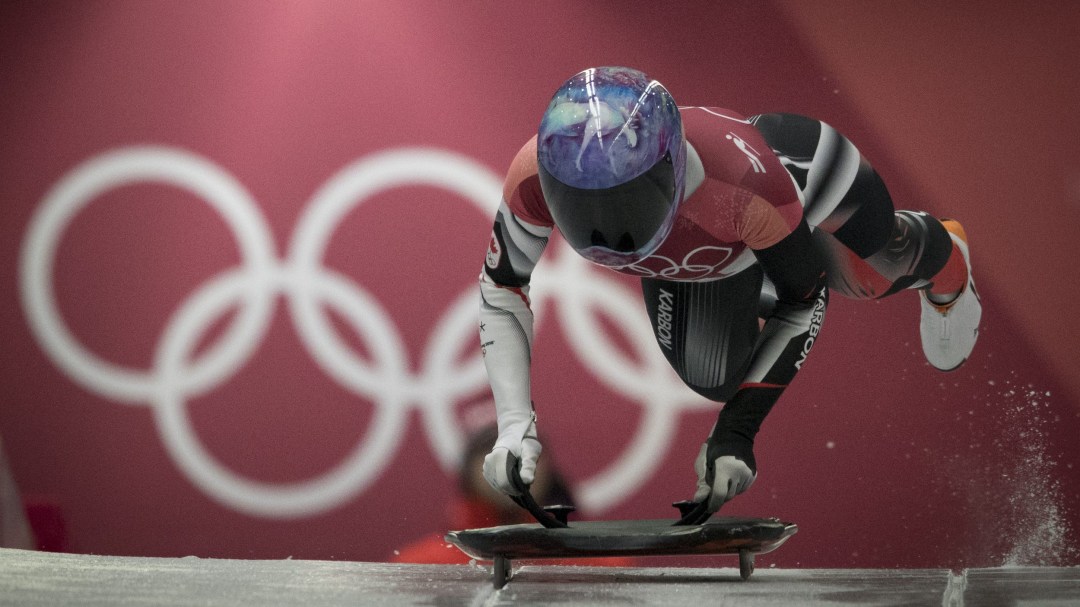 The winter sports season is fast approaching, but like many things in 2020, it has had to be adjusted and adapted for a COVID-19 world.

Athlete health and safety is obviously of the utmost importance and that has had an impact on when and where Team Canada athletes will compete this fall and winter – or in some cases, if they will compete at all.

Read on for some of the major changes and key dates to look out for in sports that are done on ice. For more insight into what’s happening with snow sports, click here for part one of our series.

To minimize travel, the first two World Cup stops will be held as double events, meaning the circuit will stay at each venue for two weeks instead of one. To keep sliders in Europe for most of the season, the IBSF World Championships planned for early February have been moved from Lake Placid in upstate New York to Altenberg, Germany.

UPDATE (Nov 17:)  In a statement released by Bobsleigh Canada Skeleton, it was decided Team Canada athletes will train domestically until the new year.

“The National Bobsleigh Program will split its time between taking valuable training runs at the world-leading Whistler Sliding Centre with working on their starts in the Ice House at Winsport’s Canada Olympic Park in Calgary until January when they plan to rejoin the World Cup circuit.” 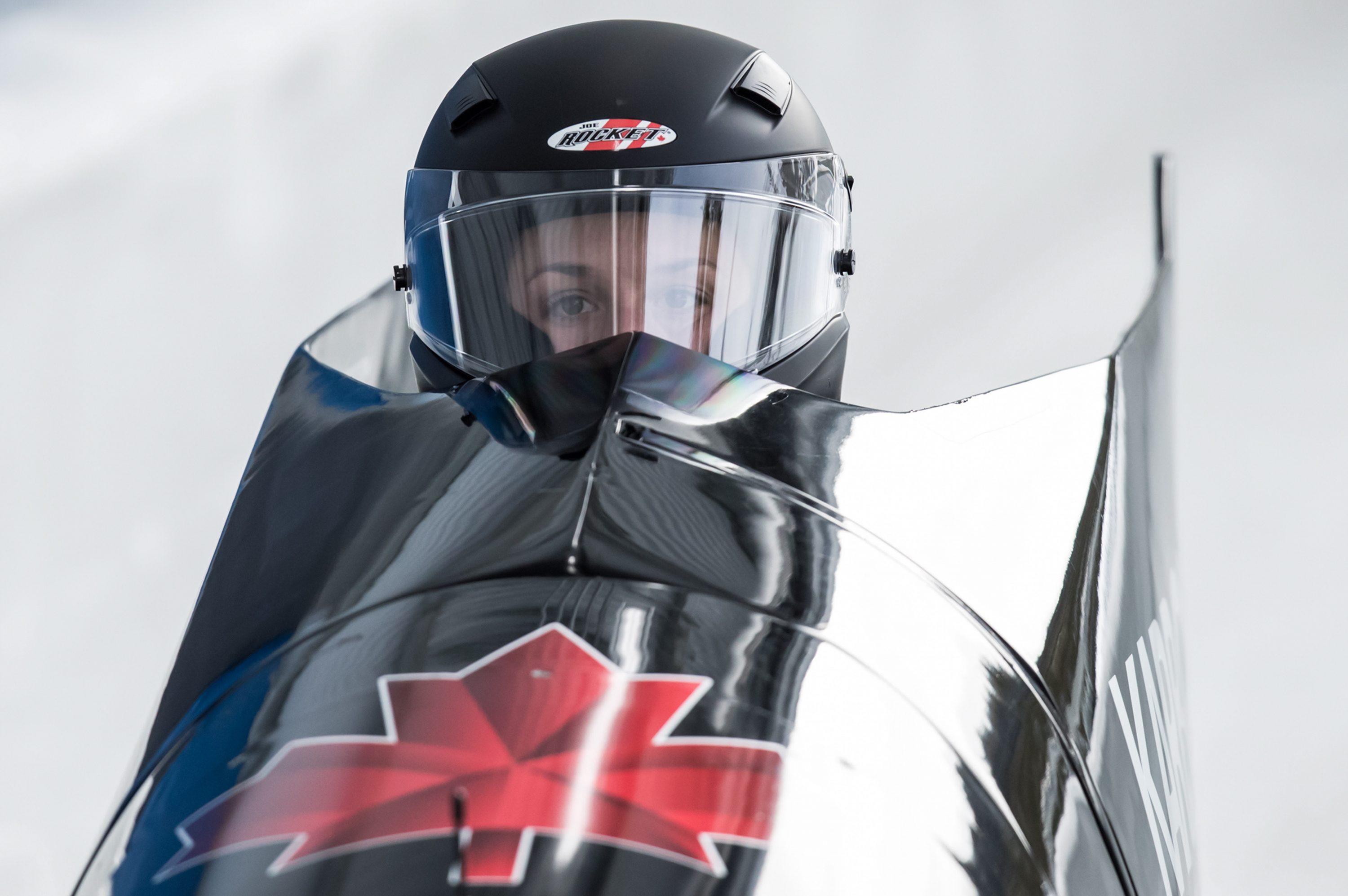 Canada’s Christine de Bruin, of Stony Plain, Alta., and Kristen Bujnowski, of Moose Jaw, Sask., race down the track on their second run during the women’s bobsleigh event at the Bobsleigh World Championships in Whistler, B.C., on Saturday, March 2, 2019. THE CANADIAN PRESS/Darryl Dyck

The IBSF World Cup will get started in Sigulda, Latvia on November 20. After that double event, the circuit travels to Innsbruck, Austria for another double event beginning December 11. There will be three World Cup events in January 2021: Winterberg (Germany), St. Moritz (Switzerland), Königssee (Germany). Those threes stops will include the first four-man events of the season. Women’s monobob, which will make its Olympic debut at Beijing 2022, will have its World Series circuit run parallel to the World Cup. You can find the complete schedule here.

UPDATE (Nov. 28): The IBSF and Beijing 2022 Organizing Committee decided to move the International Training Period at the new National Sliding Centre in Yanqing to October 2021. The venue was supposed to host the final World Cup of the season from March 3 to 14 as an official Olympic test event but that competition will be re-located to another track.

As mentioned above, the IBSF World Championships will now take place February 1-14, 2021 on one of the world’s most challenging tracks in Altenberg, Germany.

There are not a lot of elite bonspiels happening at the moment. The Grand Slam of Curling has postponed its season until April 2021. Major events including the Canada Cup and Continental Cup have been cancelled. Following a decision by the World Curling Federation to suspend the World Curling Team Rankings List, Curling Canada has also stopped awarding ranking points until at least November 30. With all of that in mind, Curling Canada has also revised its qualifying systems for the national trials that will decide Canada’s next Olympic teams. 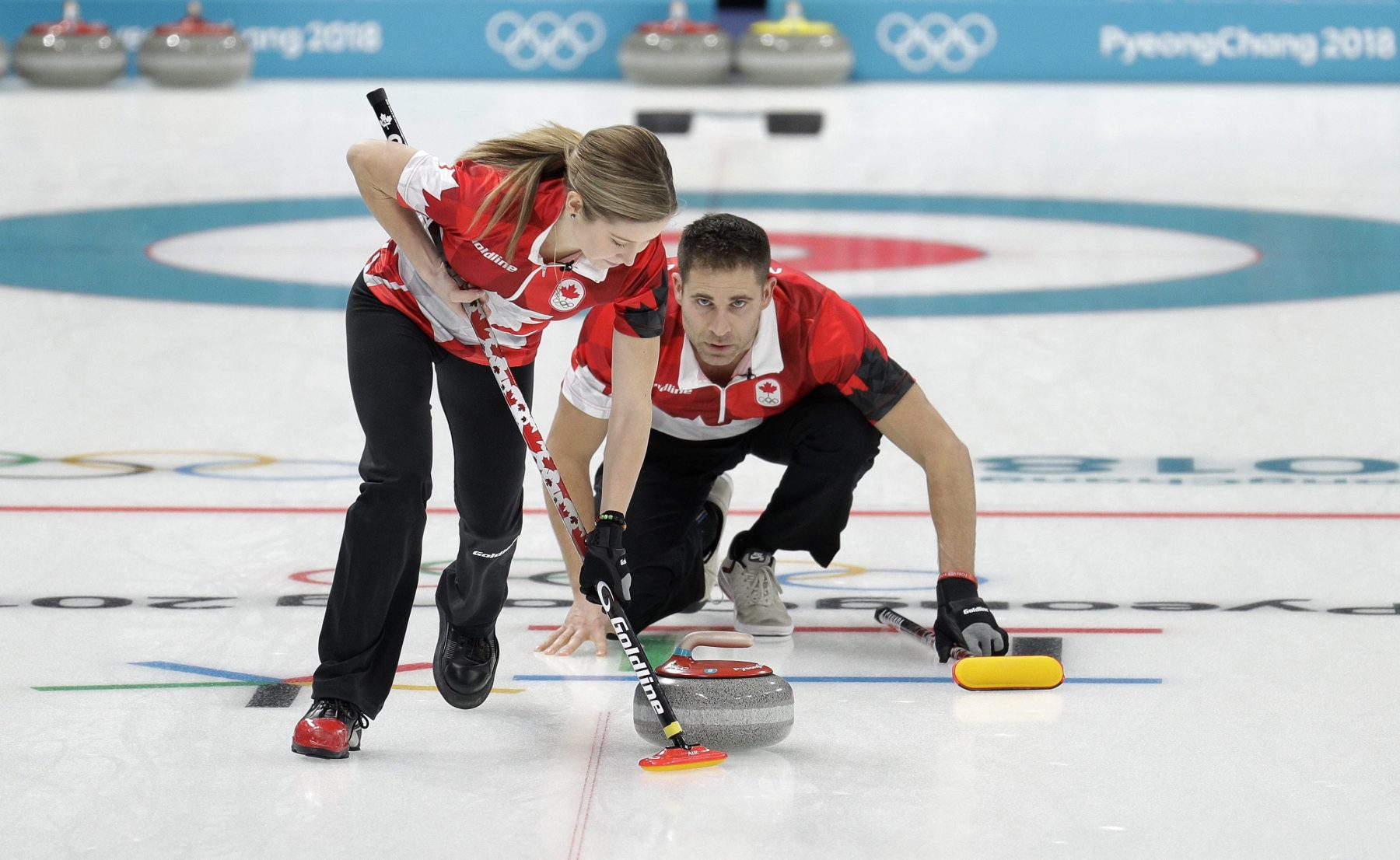 The Tournament of Hearts will take place February 19-28 with the Brier being held March 5-14. Both championships will feature 18 teams and representation from all provinces and territories.

The 2021 World Junior Championships in late February are scheduled to serve as the Olympic test event of the National Aquatics Centre in Beijing. Known as the Water Cube during the 2008 Olympic Summer Games, it will be dubbed the Ice Cube during Beijing 2022.

UPDATE (Nov. 13): Due to the COVID-19 pandemic, the IOC and World Curling Federation decided to cancel the World Junior Championships and instead conduct an adapted sports testing program of the Olympic venue, the details of which are still to be announced.

There will be no Skate Canada International this season, even after the ISU Grand Prix Series was re-imagined to have the six events be run as primarily domestic events, for skaters from the host country or currently based there for training. Originally scheduled for October 30-31 in Ottawa, it was determined that for health and safety the event could not go ahead. The next competition on the calendar for Canadian figure skaters are the national championships, which have been pushed from mid-January to mid-February and will have fewer competitors than usual. The Four Continents Championships planned for Sydney, Australia in February have also been cancelled by the ISU.

UPDATE (Jan. 11): Skate Canada announced that the national championships would be cancelled, a difficult decision made with the health and safety of all participants in mind. 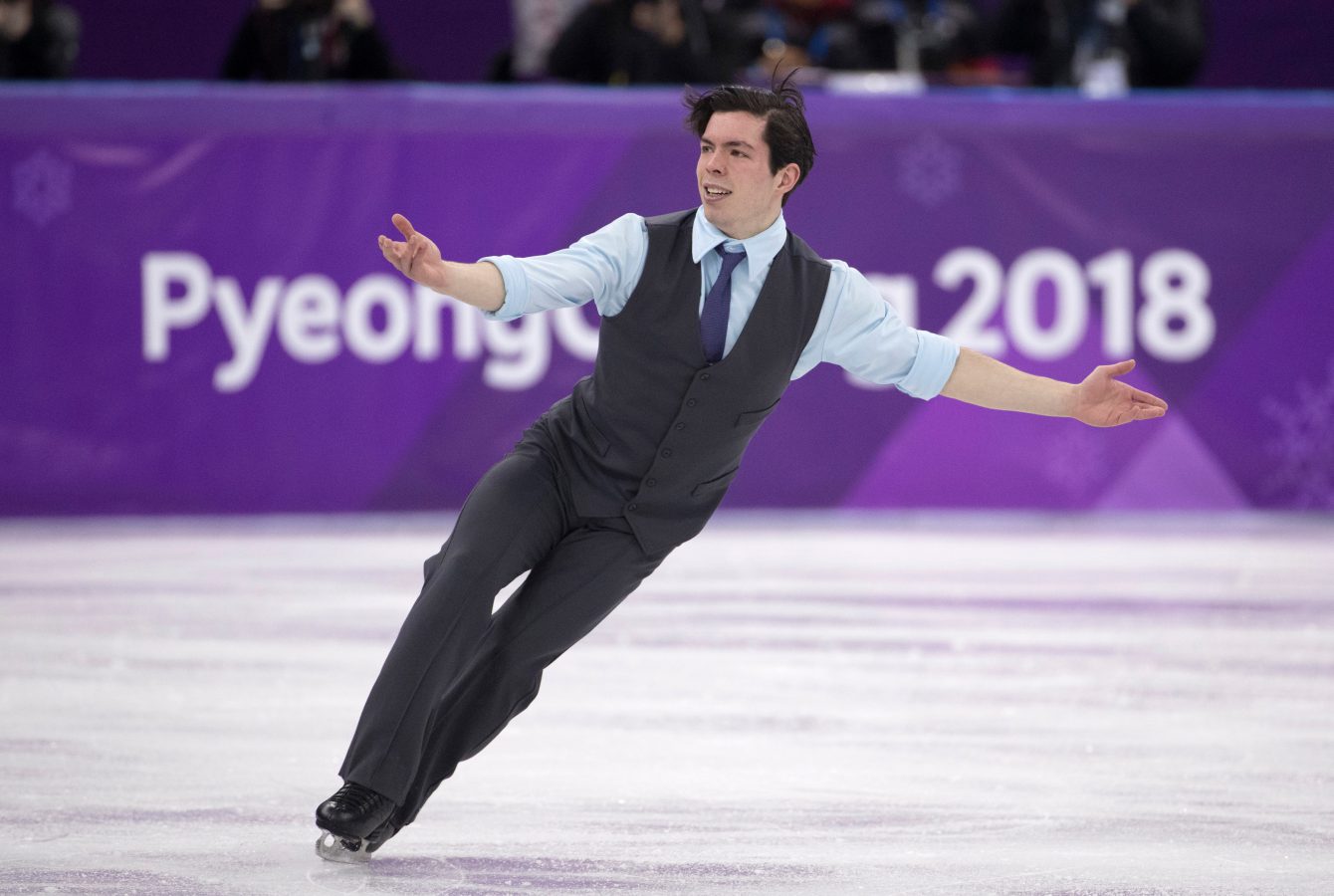 So far, four of the other five Grand Prix events are still a go, starting with Skate America in Las Vegas, Nevada on October 23-25. One Canadian, Keegan Messing (who is based in Alaska) will be competing there. He will be the only Canadian figure skater to see Grand Prix action, following the cancellation of Skate Canada International. The Internationaux de France has also been cancelled, given that country’s current curfew restrictions. The Cup of China, Rostelecom Cup and NHK Trophy are on the calendar for November.

The ISU Grand Prix Final was to take place December 10-13 at The Capital Indoor Stadium in Beijing where it would have served as the Olympic Test Event. Now postponed, the ISU and its stakeholders are currently discussing options as to when and if the Final can be held.

UPDATE (Nov. 13): The IOC and ISU are now working out the details for an adapted sport testing program for the Olympic venue. The ISU Grand Prix Final was cancelled.

After the cancellation of the 2020 World Championships, which were supposed to be hosted in Montreal, skaters will be anxious to qualify for the 2021 Worlds in Stockholm, Sweden. Canada is permitted to send three ice dance couples, two pairs, two women and one man.

IIHF President René Fasel is optimistic that the holiday tradition, the world juniors, will be a success, as they plan to use Edmonton as a hub city, following the NHL’s success with their use of the bubble. The tournament will begin with no fans in attendance on December 25, 2020. 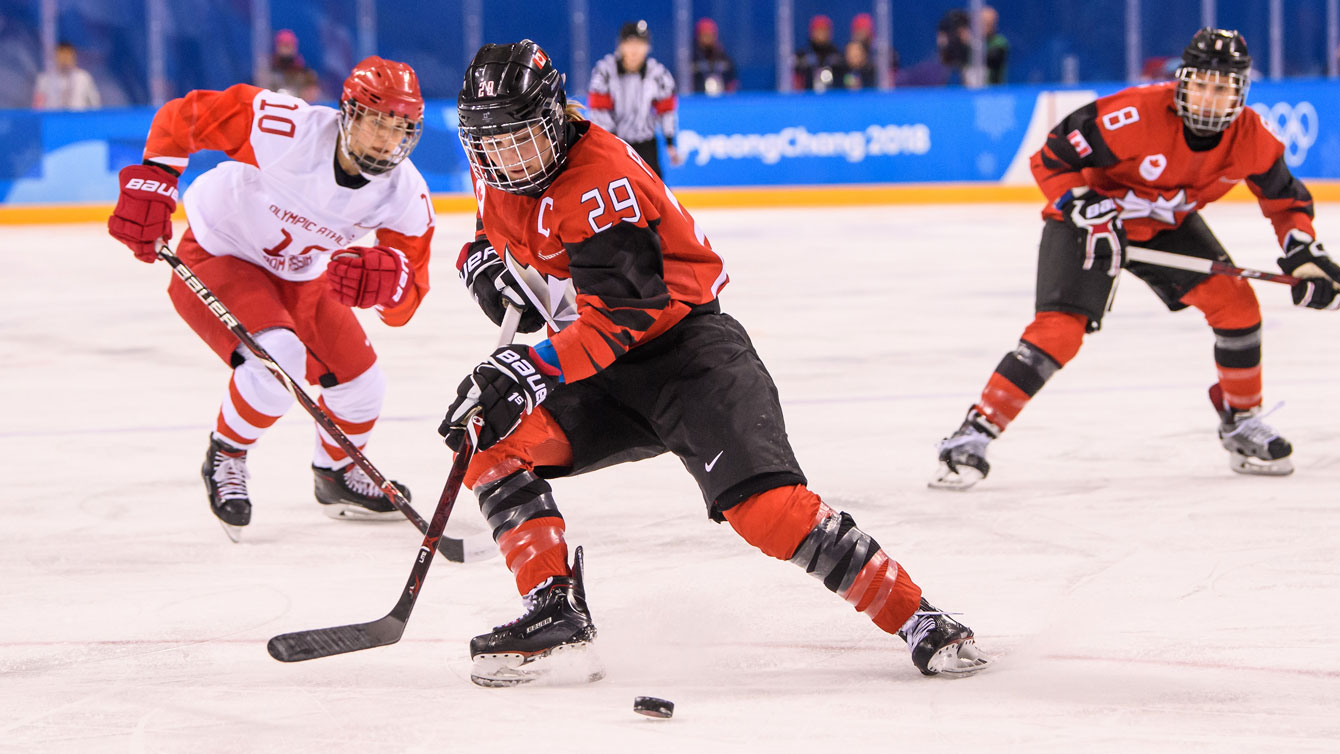 UPDATE (Nov. 18): The above tournaments have been cancelled by the IIHF and the federation is coordinating with the IOC on an adapted sports testing program for the Olympic venues.

After the 2020 Women’s Worlds were cancelled this spring, Halifax and Truro will get another chance to host, with the tournament scheduled for April 7-17, 2021. The men’s worlds are scheduled for May 21 to June 6, 2021, co-hosted by Minsk (Belarus) and Riga (Latvia). The IIHF is currently reviewing the hosting situation after the Latvian Prime Minister expressed concerns about co-hosting with Belarus, given the current political climate in that country.

UPDATE (Feb. 2): The IIHF Council confirmed Riga, Latvia as the sole host of the men’s world championship. On January 18, the IIHF had decided to withdraw the tournament from Minsk, Belarus “due to safety and security issues that are beyond the IIHF’s control”. The IIHF examined hosting offers from other cities, but decided that keeping all teams in one city was the safest and most cost-effective way to proceed.

Due to international travel risks and restrictions during this pandemic, Luge Canada has decided not to send any Canadians overseas for the first half of the World Cup season.  Canada’s top luge athletes will instead train at the Whistler Sliding Centre before traveling to Europe on December 20 for the second half of the season. 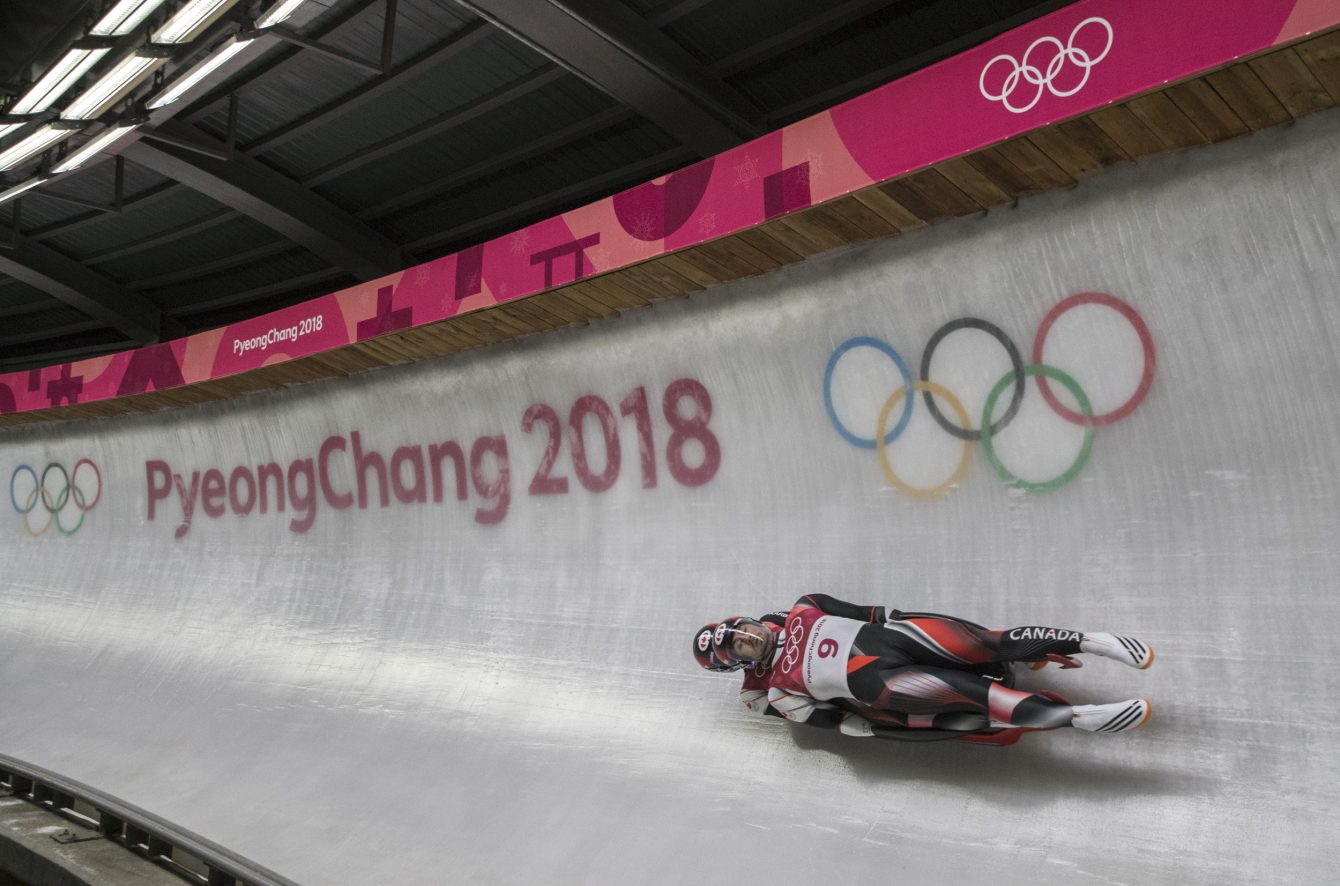 The Canadians will miss the first four World Cup stops, which start November 28 in Innsbruck, Austria. When they rejoin the circuit, their first World Cup will be January 2-3 in Königssee, Germany. There will be three more World Cups in Europe during January. The last event of the season will take everyone to China. Here is the full schedule of the luge season.

The Canadians will take part in the international training week and the World Cup that will serve as the Olympic test event of the National Sliding Centre in Yanqing, China from February 4 to 21.

UPDATE (Nov. 28): The training week and World Cup have been cancelled and an alternate testing program for the Olympic venue will be determined.

Canada was to have hosted the 2021 World Championships in Whistler, but federal government guidelines, including the mandatory 14-day quarantine upon entry, didn’t make that feasible. Instead they will take place in Königssee, Germany, January 30-31.

The ISU cancelled the four World Cup events that were to be held in November and December, including the stop in Calgary, due to the pandemic. Speed Skating Canada is not hosting any domestic events this fall, either. The ISU also announced that the Four Continents Championships that were scheduled for mid-January in Calgary have been cancelled. 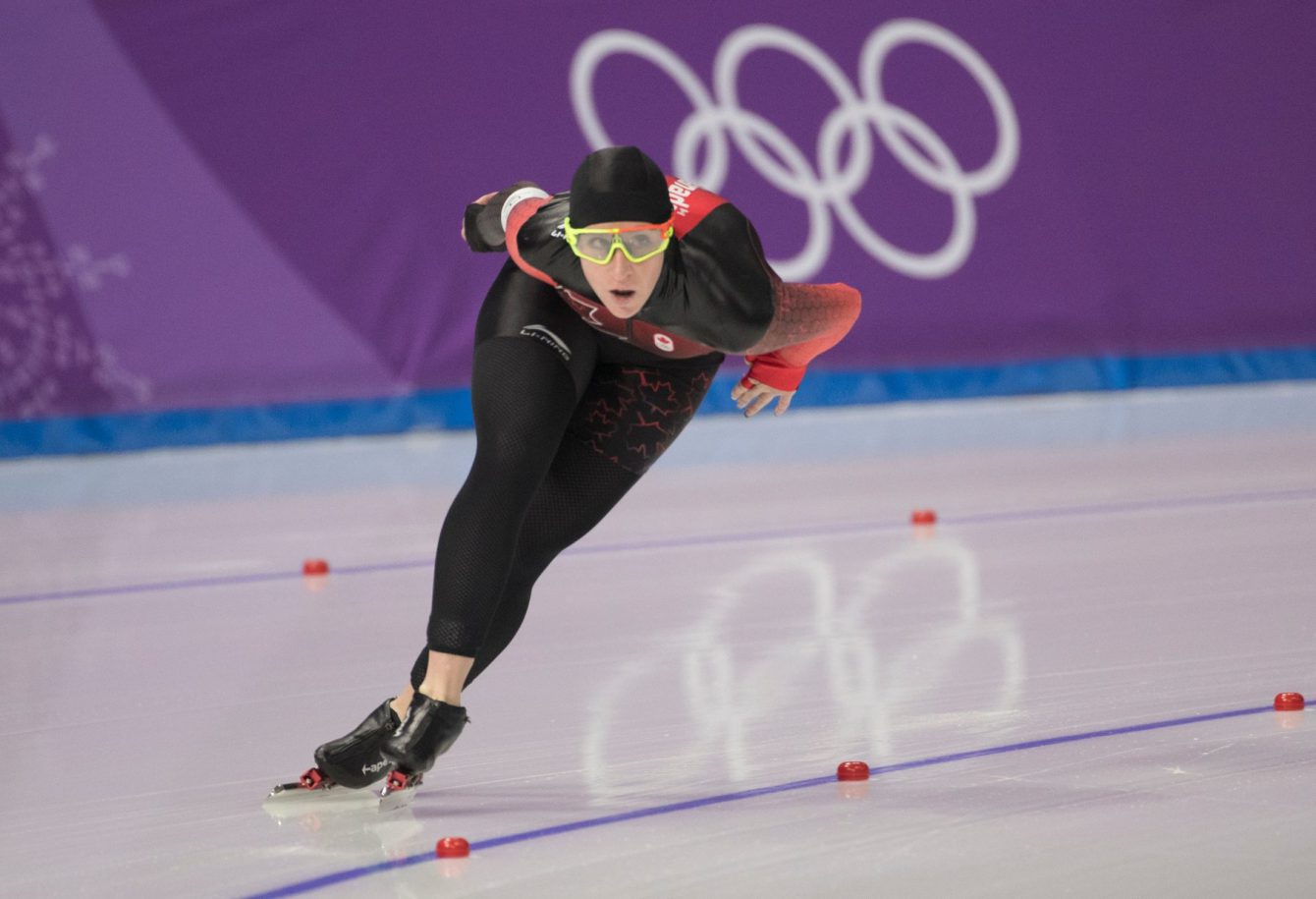 UPDATE (Nov. 25): The ISU has decided to implement a competition hub in Heerenveen, Netherlands, which will include the 2021 European Speed Skating Championships (January 16-17), as well as two subsequent World Cup stops (January 22-24 and January 29-31), and the 2021 World Speed Skating Championships (February 11-14). Two other World Cups scheduled for Changchun, China (February 17-18) and Heerenveen, Netherlands (March 6-7) have been cancelled.

Update (Nov. 13): The ISU is evaluating alternative locations for the World Speed Skating Championships, which were to take place at the new National Speed Skating Oval in Beijing and double as the Olympic test event. The IOC and ISU are now working out the details for an adapted sport testing program for the Olympic venue.

Update (Nov. 25): The ISU moved the World Speed Skating Championships to be part of the competition hub in Heerenveen, Netherlands and will now take place February 11-14, 2021.

As in long track, the ISU will not hold the four World Cup events that were planned for November and December, including what should have been the first two stops of the season in Montreal and Laval. Speed Skating Canada is not hosting any domestic events this fall, either. The Four Continents Championships in Salt Lake City, Utah have also been cancelled by the ISU. 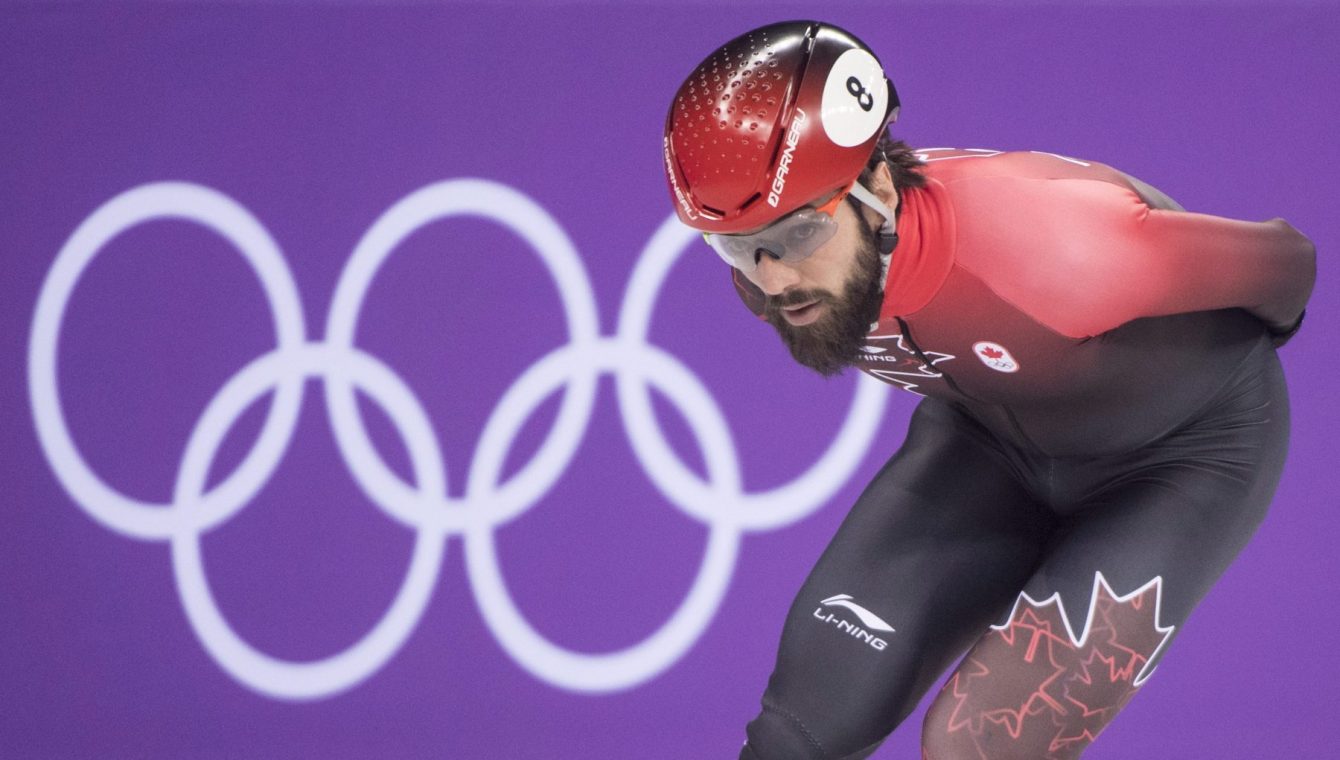 UPDATE (Nov. 27): The last two World Cup events remaining on the calendar for February, scheduled for Bietigheim-Bissingen (February 19-21) and Dresden (February 26-28) in Germany, have been cancelled by the host federation.

The World Cup scheduled to take place December 18-20 in Beijing was to have served as the Olympic test event of the Capital Indoor Stadium.

UPDATE (Nov. 13): The previously postponed World Cup has now been cancelled. The IOC and ISU are now working out the details for an adapted sport testing program for the Olympic venue.

Paul Poirier teamed up with Piper Gilles in July 2011. After winning silver at the 2014 Four Continents Championships, they…

At the first World Cup of the 2015-16 season, Dutton earned his first career World Cup medals, taking a silver…