Haley Smith: “My relationship with mental illness is still active”

Haley Smith: “My relationship with mental illness is still active” 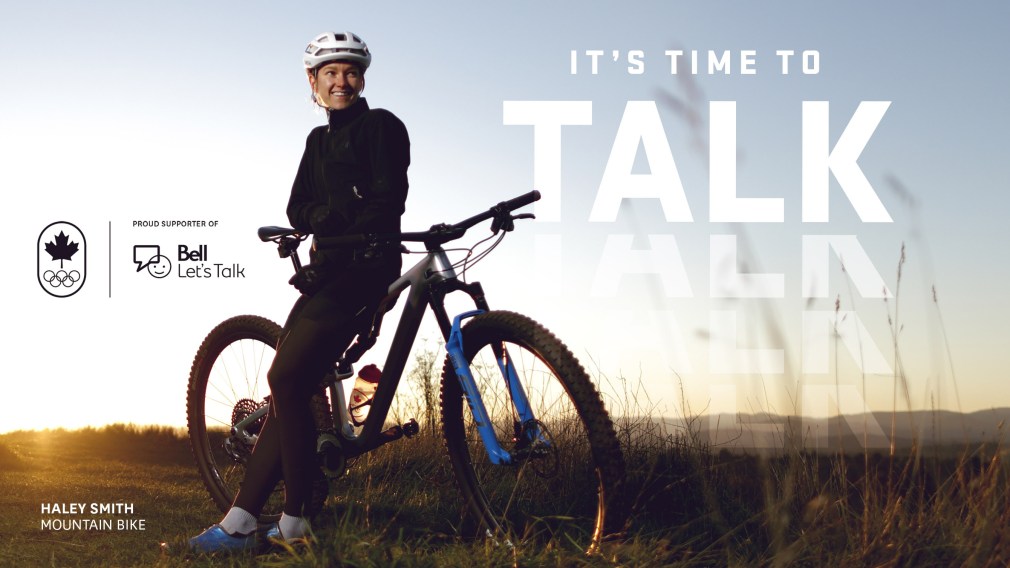 I am very used to talking about my experience with mental illness in the past tense.

In fact, I’ve spoken about my history often enough that the story has become distilled into a neat, almost trite anecdote with a beginning, middle, and satisfactory resolution: I developed an illness, succumbed to it for a while, and eventually amassed the tools and support required for recovery and ongoing management.

Of course, this is so oversimplified as to border on a mistruth. But for the past ten years, that’s the path my wheels have taken; the darkest moments of my illness were a somewhat foggy memory and my recovery and management processes were sufficient to handle the dips I intermittently experienced.

But then, COVID-19 happened. And from March to October of 2020, I found myself descending to a place I hadn’t been since I was 14 years old.

From a very young age, I showed significant perfectionist and anxious tendencies. I was highly competitive, prone to worrying, and had an overwhelming need to do everything flawlessly. I was also very fearful: of disappointing authority, of failing, and of things that I couldn’t name or define at such a young age. With hindsight, I now know that my fears were existential. I was afraid of mortality, of a life without meaning, and I didn’t have the maturity to confront these things.

These fears, coupled with my propensity for an anxious baseline, were an unfortunate combination. Through my pre-teen years, I gradually became more anxious about more and more things. First it was academics, then it was sport performance, then it was social situations. By the time I entered high school, the anxiety had become overwhelming. It sharpened its focus to a few key areas: health, physical performance, and food.

Throughout grade nine, I developed a life-threatening eating disorder.

I stopped sleeping, lost over 20 pounds, and developed many physical side effects as my body began to fail. By June of that year, I was at risk of heart failure and was admitted to the hospital with an undetermined release date. I was confined to strict bed rest for the first five weeks of my in-patient stay, was subjected to endless physical tests and psychological treatments, and was completely cut off from the outside world.

Two months later, I was released from hospital on the conditions that I would continue therapy, meetings with the hospital dietician, and weekly, blinded, doctor-supervised weigh-ins to verify I was eating. The challenge of figuring out how to move through life while keeping crippling anxiety and an eating disorder in check was difficult, to say the least. But I managed to do it.

Over the ensuing decade, I learned to practice yoga, meditate, and employ the concept of self-compassion. I learned about the power of my breath in getting through periods of existential spiralling. I had people (family, friends, teachers, coaches, and health professionals) who never gave up on me. And perhaps most importantly, I found a purpose in life: to master the craft of mountain biking and hopefully, one day, make it to the Olympics. 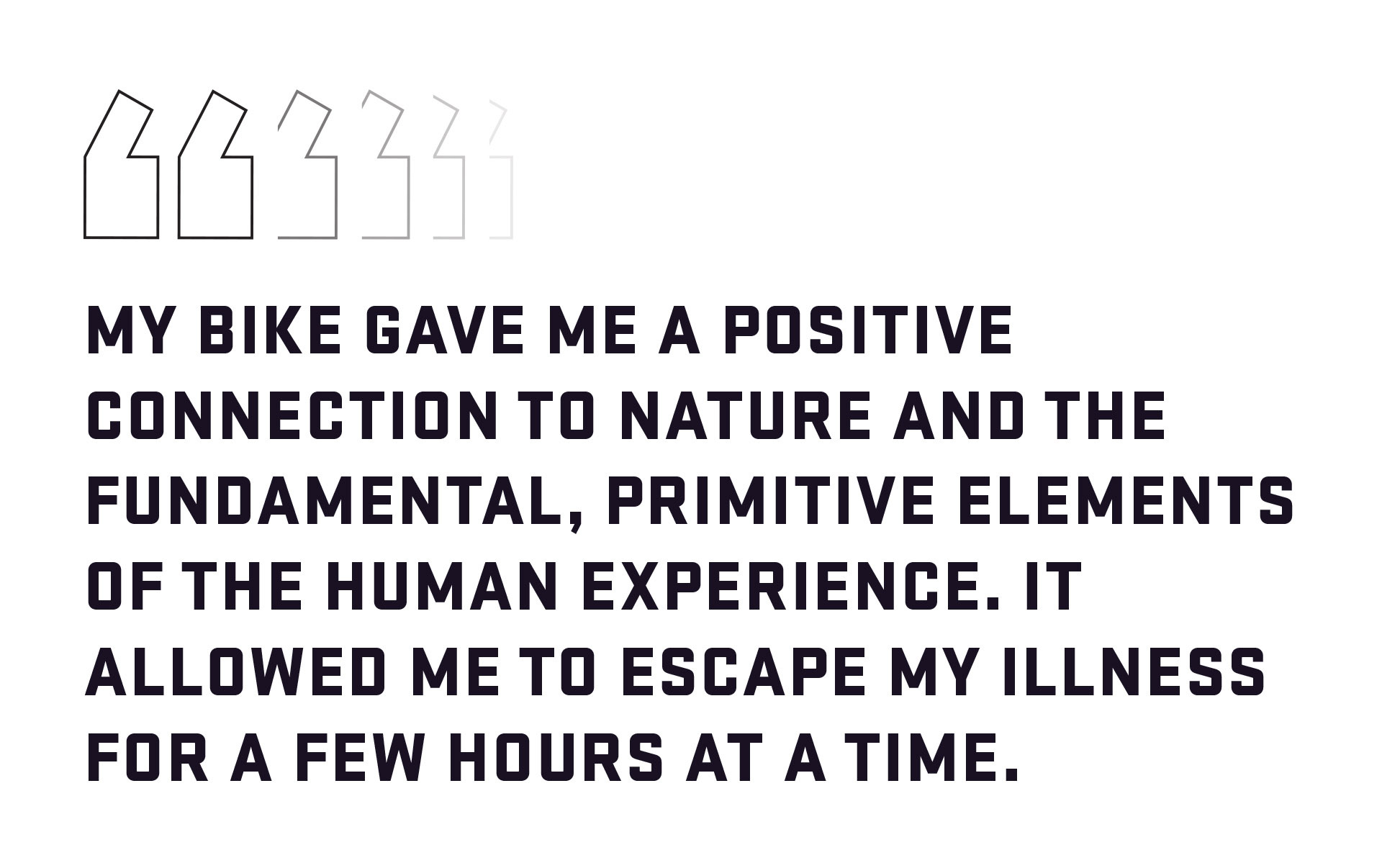 From the day I left the hospital, biking became a lifeline. I had actually spent those months in the hospital dreaming about starting the sport that my dad and brother were so into. I spent hours flipping through magazines, researching the bike I would buy. That fall, a few weeks after being discharged, I was the proud owner of my very first mountain bike.

Up to this point, most athletic pursuits had come relatively easy to me. Not mountain biking. I’d always been gifted in the art of hard work, so the physical endurance required wasn’t a major barrier. But the technical skill? That’s another story. For the first few months (maybe even years) of my mountain biking journey, it wasn’t a bike ride unless I came home bleeding and bruised.

Why did I stick with it, you ask? The simple answer is that I’m as stubborn as they come. The longer answer is that it challenged and gripped me more than anything else ever had. I was hooked on the improvement curve, on the focus and presence required to successfully navigate off-road terrain. And on a spiritual level, my bike gave me a positive connection to nature and the fundamental, primitive elements of the human experience. In other words, it allowed me to escape my illness for a few hours at a time. 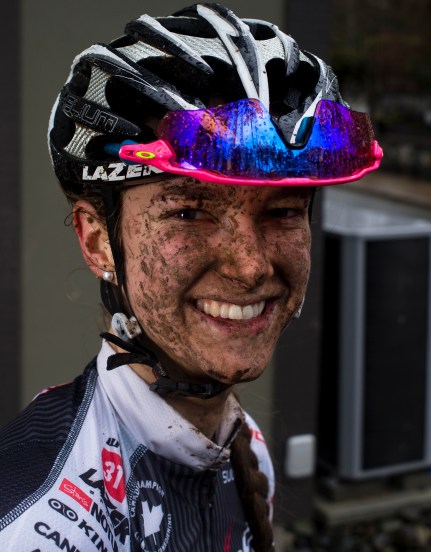 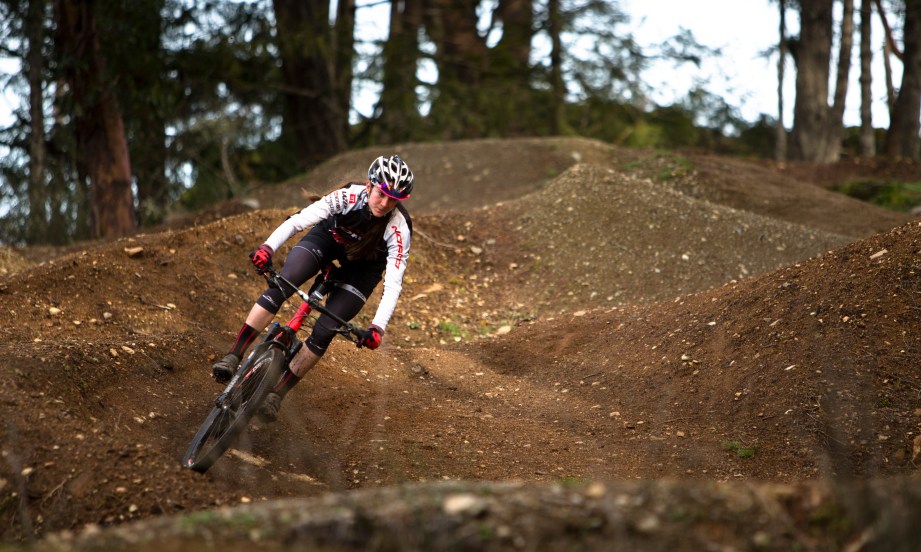 Though I didn’t race at first, I did eventually go to local events. Then provincial, national, and finally, international competitions. I was selected to my first world championships team at age 17, competing in the junior cross-country race. I watched as fellow Canuck Catharine Pendrel won her first world title. That experience lit a fire in me. I began to harbour aspirations of seeing how far I could take the sport –of maybe, one day, going to the Olympics.

As my dreams grew, my psyche continued to heal and mature. I developed much greater self-awareness and coping strategies. By the end of my time in university and the U23 age category, I felt comfortable saying that I no longer had an eating disorder. Most days, my anxiety was in check. I began speaking publicly about my experience to schools, clubs, and organizations and the social elements of my sport mission began to take shape.

For the past five years, the Olympic Games in Tokyo have been my dream. Everything I do is in pursuit of that goal. Over time, my motivation has expanded from focusing only on self-improvement to include a desire to impact other young athletes. I wanted to prove that an eating disorder diagnosis was not a life sentence, to improve societal literacy of mental health and illness, and to help other young women navigate these challenges on an individual level.

Up until March 2020, things were going really well. I had all but clinched an Olympic spot with a bronze on the World Cup circuit in 2019, and though I’d been flirting with the limits of my mental health in this pursuit, I was poised to reach my ultimate goal. 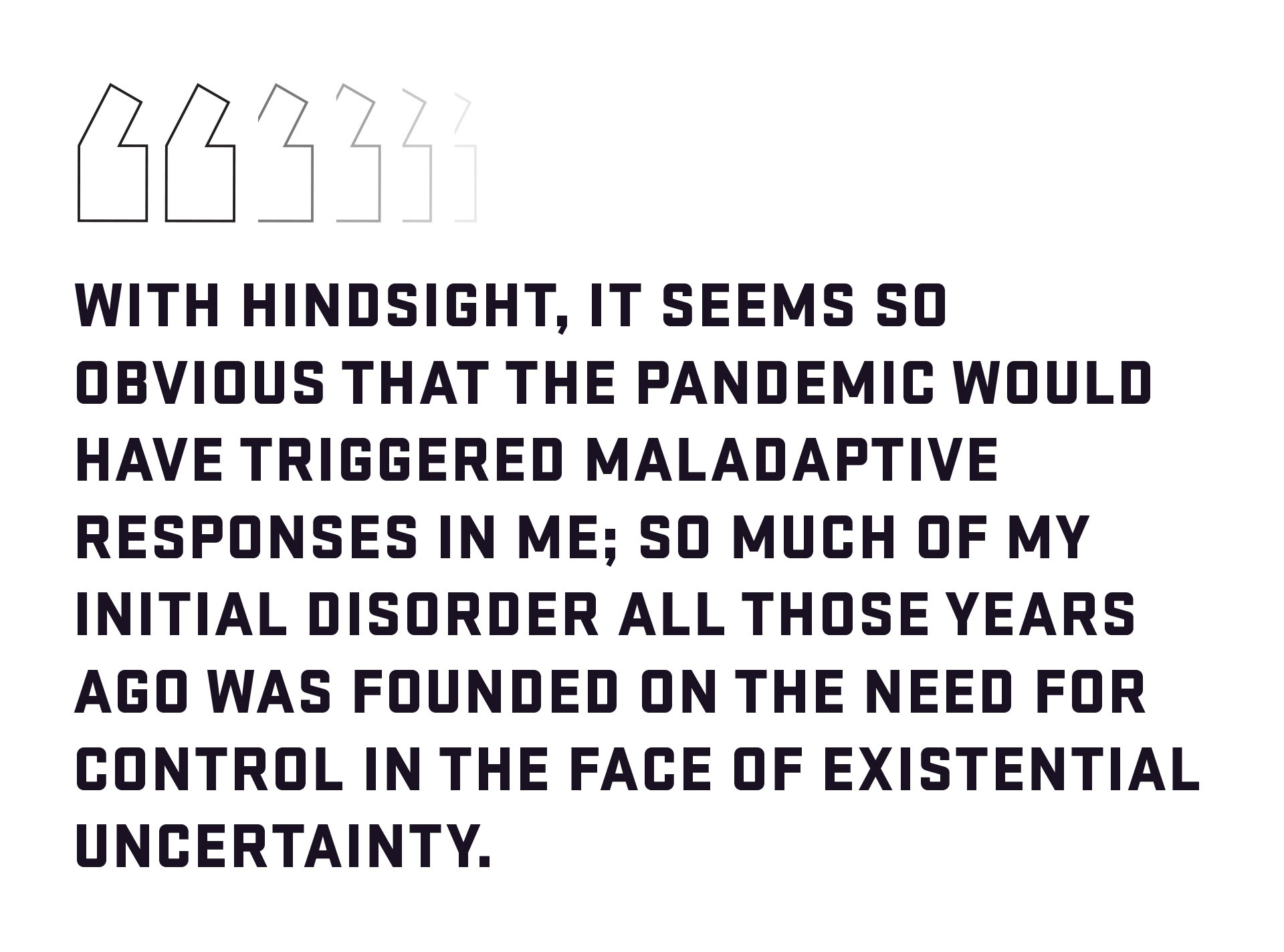 At first, I didn’t really feel affected by the pandemic – which is absurd, given that it immediately upended my daily life. Our competition season evaporated, the Olympics were postponed, and we were even cautioned not to practice our sport for fear of risking injury and subsequently needing care in a taxed medical system. But I responded the way I’ve been trained to as an athlete: focus on the things I can control, set new goals, and choose an attitude of optimism.

Looking back, I can see my error. I didn’t stop to acknowledge my emotions. Actually, I closed myself off from feelings entirely. I dove headfirst into training, doing more hours and harder sessions than ever before. I began an insidious descent into old habits and thought patterns characteristic of my eating disorder. I developed insomnia, severe food restriction, an anxious tic in my leg, a racing heart at rest, and eventually, a deep sense of apathy towards everything.

By late August, it was clear that we were going to have a condensed World Cup season in Europe. Had I been more aware, it was also clear that I was not well. I was under fueled, numb to emotion, and completely drained. Suffice to say, those races did not go well. But they did make me realize the state of extreme crisis I was in. I left Europe – after the worst performances in my sport career – to return home weighed down by the fear that I would never be able to crawl out of the hole I’d fallen into.

Now, with space from my darkest hour and with more mental clarity and awareness as we weather this second wave of COVID-19, I feel more prepared to adequately care for my mental health.

Through such actions as reaching out to a psychiatrist, opening up to my coach and my husband, scheduling weekly Zoom calls with my family, and reintegrating hobbies into my daily routine, I’ve slowly climbed back to a place of equilibrium. I also have more knowledge of the specific pitfalls the pandemic has for me.

With hindsight, it seems so obvious that the pandemic would have triggered maladaptive responses in me; so much of my initial disorder all those years ago was founded on the need for control in the face of existential uncertainty. And what could possibly remind us more of the fragility and instability of life than a global pandemic?

Going forward, I know I have to do things differently. I have to be kinder to myself. I have to acknowledge and lean into my emotions, thus allowing them the space to be expressed. I have to be willing to truly surrender my grip on the things I can’t control. I need to have the courage to admit when I’m not okay, because I know there will be more lows to come before life returns to “normal”. And above all, I need to be honest with myself about where I’m at and what I’m experiencing.

I’ve realized during this pandemic that my relationship with mental illness is still active; it’s not in the past like I had previously thought. But that doesn’t mean I can’t achieve the things I’ve set out to do. The Olympics are still my goal and I believe I can be my best self at the Games in Tokyo. And the way I’m going to do that is by embracing my struggles as part of my whole, authentic self.

Haley Smith has been a member of the national mountain bike team since 2011. She was a bronze medallist at the 2018 Commonwealth Games and earned her first World Cup podium in May 2019. She aims to make her Olympic debut at Tokyo 2020.

Haley Smith: “My relationship with mental illness is still active”
What are the differences between baseball and softball?
Shuttlecock and balls: The fastest moving objects in sport
What is the difference between racquetball and squash?
Adventure, culture and food: 9 things Peru is famous for
Korea 101: Korean Customs and Traditions