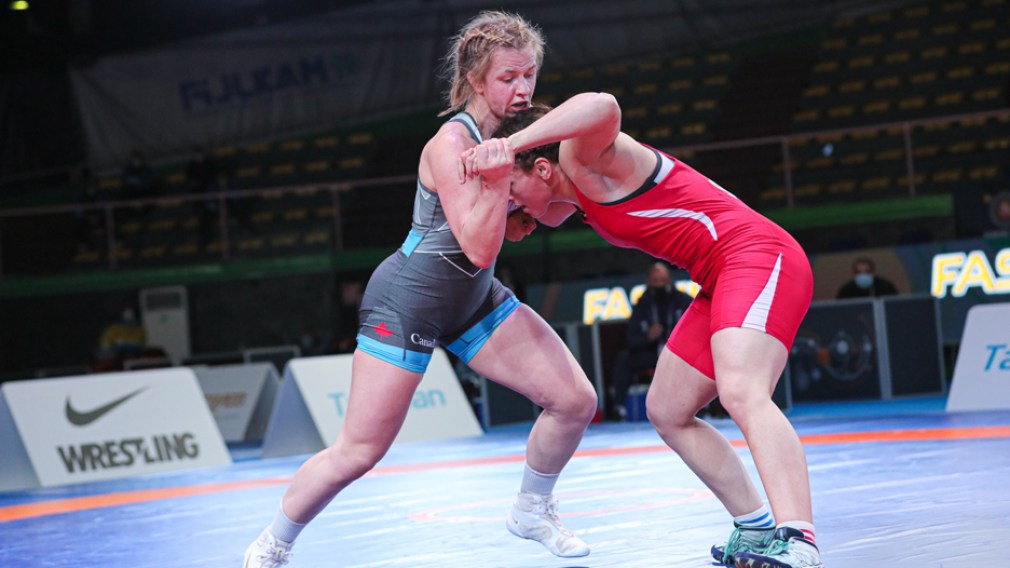 On Friday, Canada’s Erica Wiebe and Michelle Fazzari wrestled their way to gold at the Matteo Pellicone Ranking Series in Rome, Italy.

Canada ends the day with two golds and a bronze#WrestleRome pic.twitter.com/KpnqTfnvAz

In the 62kg category, Fazzari won the top prize by defeating Hungarian Marianna Sastin narrowly by 2-1.

Rounding out Canada’s podium finishes for the day was Olivia Di Bacco, who claimed 68kg bronze with a 6-4 win over American Alexandria Gluade.

Competition continues through Sunday in Rome.

Wiebe and Fazzari win gold at Matteo Pellicone Ranking Series in Italy
What are the differences between baseball and softball?
Team Canada secures Olympic figure skating entries for Beijing 2022
Where are They Now? Alexandre Despatie
What is the difference between racquetball and squash?
Shuttlecock and balls: The fastest moving objects in sport