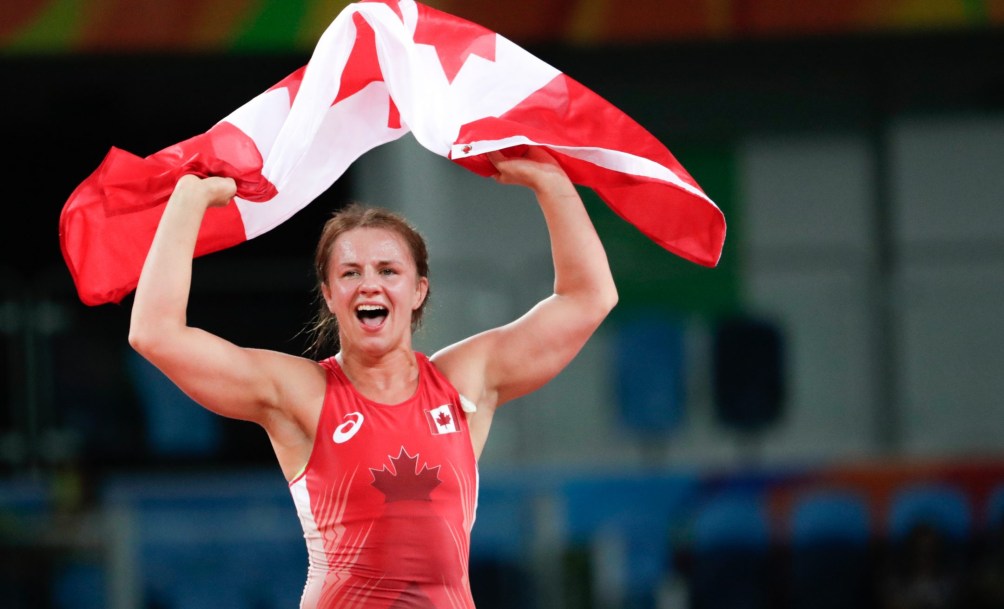 Erica Wiebe won Canada’s third ever Olympic gold medal in wrestling when she finished on top of the 75kg weight class in her Olympic debut at Rio 2016, defeating Kazakhstan’s Guzel Manyurova in the final. She joined Tonya Verbeek and Carol Huynh as Canada’s only female Olympic wrestling medallists. In 2018, she won 76kg bronze at the World Wrestling Championships.

Wiebe qualified for Tokyo 2020 by winning the 76kg weight class at the Pan American Olympic Qualification tournament in mid-March 2020, just two days after the COVID-19 pandemic was declared. She returned to competition in December 2020 and reached the podium in two events in early 2021, winning bronze at the International Ukrainian Tournament and gold at the Matteo Pellicone Tournament.

Wiebe had enjoyed a very successful 2014 season in which she won every individual tournament she entered, a streak of 36 matches, until the world championships quarterfinals. Among her notable victories were gold medals at the Commonwealth Games and World University Championships. It was the third straight year she had stood on the podium at the latter, improving on her silver in 2012 and bronze in 2013.

Despite not earning on a spot on the Canadian Pan Am Games or world championship teams in 2015, Wiebe still gained a wealth of international experience, highlighted by first place finishes at the Nordhagen Classics, Ivan Yarygin Grand Prix, Klippan Lady Open, Grand Prix of Germany, Canada Cup, Grand Prix of Spain and Bill Farrell Memorial, extending her international competitive record in 2015 to 29-1.

Wiebe made her international debut as a junior at the 2007 Pan American Championships and went on to compete at the 2008 and 2009 World Junior Championships. Wiebe travelled to London 2012 as a training partner for Olympian Leah Callahan, soaking in the experience so she would be ready for her own Olympic opportunity in Rio.

A Little More About Erica…

Getting into the Sport: Began wrestling in Grade 9 after a sign for co-ed practice was posted… Gradually transitioned from other sports interests, including soccer… Outside Interests: Earned Bachelor of Kinesiology from the University of Calgary in 2012… Earned Honours Bachelor of Arts in Sociology at the University of Calgary in 2016… Pursuing Executive MBA through Cornell/Smith School of Business… Enjoys reading and getaways to the mountains for skiing and hiking… Ambassador for Fast and Female, Right to Play, and KidSport… Odds and Ends: Favourite motto: “Take a step into the unknown with the certainty of power within.”… Best friends with former national team member Jasmine Mian since rooming together on their first team trip at age 15… Had her dream of representing Canada sparked when she played a mini soccer game during a Team Canada women’s friendly at Lansdowne Park in Ottawa as a young child and was exhilarated by the chance to compete in front of a large crowd… Inspired by Olympian Christine Nordhagen (who competed in the same weight class) for her attitude on the mat; some people say they look alike… Always travels with a jar of Nutella to eat before competing… Collects fridge magnets from her international travels…