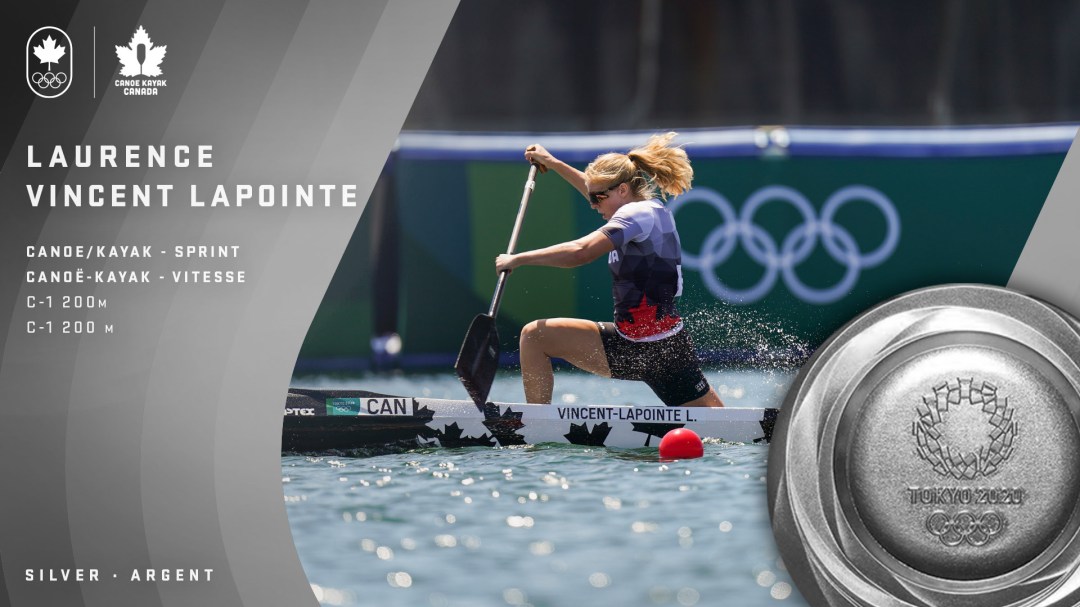 Laurence Vincent Lapointe has made history, paddling her way to the first ever Olympic podium in women’s canoe sprint at Tokyo 2020.

She won silver in the women’s C-1 200m at the Sea Forest Waterway to kick off Day 13 on a nice note for Team Canada. Though she jumped out to an early lead, Vincent Lapointe was passed by American Nevin Harrison, who became the first Olympic champion in the event, as she beat out the Canadian by 0.854 of a second. Vincent Lapointe finished in 46.786 seconds to Harrison’s 45.932. Ukraine’s Liudmyla Luzan came in for the bronze in 47.034.

To get to the final, the women first had to race in the semifinals earlier in the morning. Both Canadians finished third in their semis to advance to the eight-boat race for the medals. They had easily qualified for the semifinals by winning their heats the day before.

Though women have been competing in kayak events at the Olympic Games since London 1948, Tokyo 2020 marked the first time that women’s canoe events were included on the program. It was only about a decade ago that the women’s C-1 200m was first included at the ICF World Championships, debuting in 2010 when Vincent Lapointe was crowned the first ever world champion in the event. She has since upped her total to six career world titles in the C-1 200m.

Still to come at the Games, Vincent Lapointe and Vincent will team up to compete in the women’s C-2 500m in which they are two-time world champions in 2017 and 2018.