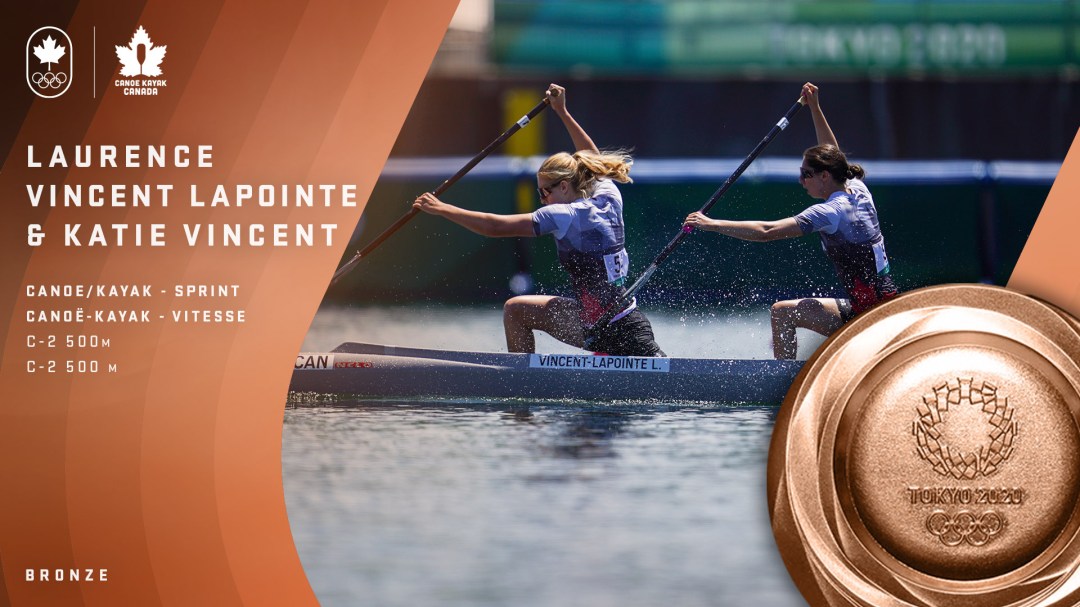 At the midway mark of the race, they were in fifth place. But they kept powering and moved themselves past Germany and Hungary to get into third place. They finished in 1:59.041, three and a half seconds behind China, who led from start to finish, and about a second and a half behind Ukraine, who won silver.

After they crossed the line, Vincent grabbed Vincent Lapointe’s shoulder in excitement, which caused them both to fall into the water with laughter.

The Canadians didn’t take the easiest route to the podium. After finishing third in their first round heat, they had to race in a quarterfinal instead of advancing directly to the semifinal. They were able to win their quarterfinal heat pretty handily, however, to move onto the next round. In the semifinal that took place just a couple of hours before the final, they finished second.

The duo came to Tokyo as the holders of the world best time in the event, which they broke twice in 2018, as well as being two-time world champions in 2017 and 2018.

Both were finalists in the C-1 200m event two days ago when Vincent Lapointe claimed silver to stand on the first ever women’s sprint canoe podium at the Olympic Games. She first teamed up with Vincent in the C-2 boat in 2015, kicking off their successful partnership. But before these Games, they hadn’t raced together internationally since a World Cup in early June 2019.

The medal is Canada’s 23rd of Tokyo 2020, surpassing the total of 22 from Atlanta 1996 and Rio 2016. The only Olympic Summer Games at which Canada won more medals was Los Angeles 1984, which was boycotted by the Soviet Union and 13 other countries.