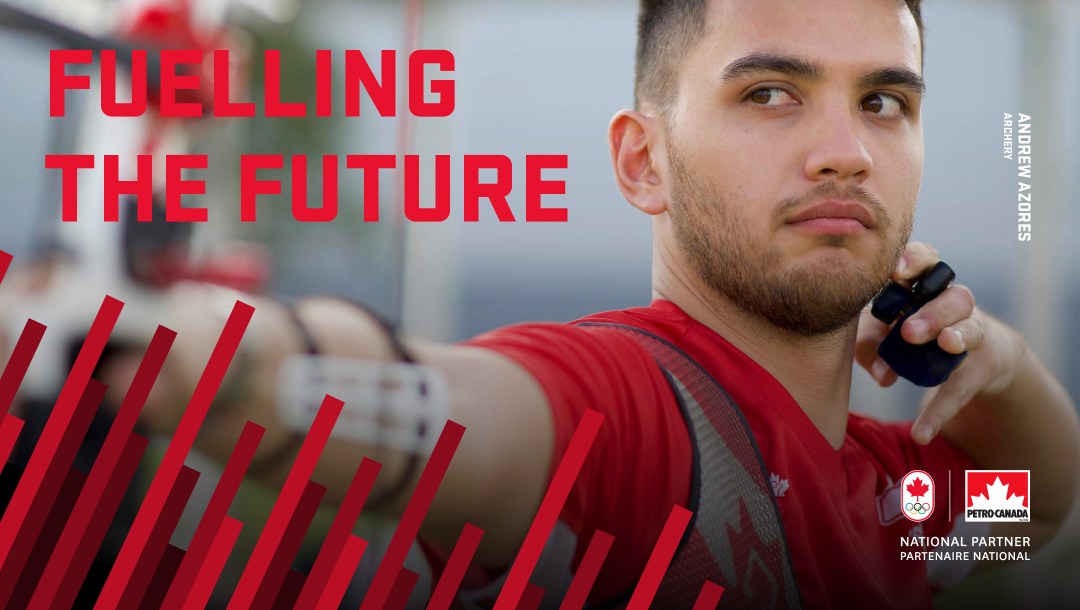 Every year, through the FACE Program, 55 up-and-coming athletes and their coaches are awarded $10,000 to help with their goals of wearing the maple leaf and representing Canada on the biggest stage in the world — the Olympic and Paralympic Games.

Since the program’s inception in 1988, Petro-Canada has supported over 3000 Canadian athletes and coaches by providing more than $12 million in financial support.

FACE Grants, which are often used for training, equipment, coach education, and travel expenses, help play a role in making the dreams of competing for Canada at the Games possible.

Here are just a few notable athlete names from this year’s grant recipients:

Competing since she was six years old, the flame within Marie-Pier Brunet hasn’t burned out.

Now 18, the ski cross athlete competed at the Lausanne 2020 Winter Youth Olympic Games where she finished fifth. Getting a taste of what it’s like to compete against some of the best youth in the world, she is ready for her next challenge — to race the best in the world.

“The Olympic Games is the ultimate goal,” said Brunet. “I am confident I can get there if I continue to stay focused.”

Brunet says the FACE program will give her the opportunity for both her and her coach, David McNeil, to attend training camps to work on techniques ahead of the season. The training will build the confidence she needs to accomplish her goals, while helping support her with seeing sports therapists.

Curling since the age of four, Matthew Dunstone says getting into the sport just came naturally. Now, 20 years later, his passion for the sport is stronger than ever. In 2020 and 2021, Dunstone won bronze at the Brier, putting him on the map as one of the top skips in Canada.

With his coach, Adam Kingsbury, Dunstone says he has dreams of becoming a Brier champion and an Olympic gold medallist. But his goals don’t just stop at his own athletic aspirations; Dunstone also hopes to grow the sport of curling while helping develop future athletes.

“I have been blessed to get the opportunities I have already had in curling and I want to try and provide more opportunities and avenues for future curlers,” he said.

The FACE grant will allow him to pursue not only his goals of becoming an Olympic curler, but also help him continue his education at the University of British Columbia and working towards his mortgage broker license.

As an Olympic hopeful for the Paris 2024 Olympic team, indoor volleyball player Hilary Howe will stop at nothing to live out her dreams. Having finished her undergraduate degree at Trinity Western University, Howe will head to France to play professionally over the course of eight months, giving her a great opportunity to gain competitive experience.

“With the funds I receive from Petro-Canada FACE program, I will be able to live more comfortably overseas,” said Howe. “I would use the extra funds to spend more money on higher quality groceries to fuel my body. Overall, I intend to use this grant to ease the transition between university volleyball to professional volleyball.”

The success Howe has seen so far is due in part to her coach, Ryan Hofer. His love for the game has created a training environment that allows Howe to push herself in the sport, while supporting her goals both professionally and eventually, with Team Canada.

At just five years old, Presley Deck recognized the opportunities and experiences diving could give her. After seeing her cousin compete and go to school on diving scholarship, the Regina native dove in head first into the sport. With hard work and her 28-hour training schedule, Deck would eventually go on to be a national medallist, stepping on the podium to take the bronze at the 2018 Jr. Development Nationals in Toronto, along with winning silver medal in the DPC Virtual Competition two years later.

Deck’s success is not only due in part to her training, she also credits a love for the sport to the people she’s met along the way.

“The best things about my sport are the people I’ve met and relationships I’ve made,” said Deck. “Even though we compete against each other, my closest friends are the ones I’ve made through diving. I get to travel all across Canada to compete and train.”

The FACE grant will help support Deck with travel for both training and competitions, plus work with great coaches across the country to achieve her goals of both increasing her level of difficulty and technique of her dives as she eyes competing at Los Angeles 2028.

It was a routine errand to pick up a sibling that would change the athletic trajectory for archery athlete Andrew Azores.

“I accompanied our mother to pick my brother up from the archery range one day, and the range owner asked if I would like to ‘give it a shot’ [laughs] while my brother wrapped up his practice,” said Azores. “I was instantly hooked and started to visit the range frequently, becoming a club coach and soon aspiring to compete and enter local tournaments.”

Only starting the sport at 22 years old, Azores’ career took off after that one day on the range. He would go on to win double gold at the Archery Canada Outdoor Target Championship and Canadian Open with the coaching of Shawn Riggs. Their athlete-coach relationship has propelled Azores to success with his goal of competing for gold at the Paris 2024 Olympic Games.

With the guidance from Riggs, and the support of the Petro-Canada FACE funding, Azores will be able to elevate his training with the assistance of a sports psychologist and nutritionist to help him become a stronger competitor and reach his goals of becoming an Olympic Champion.