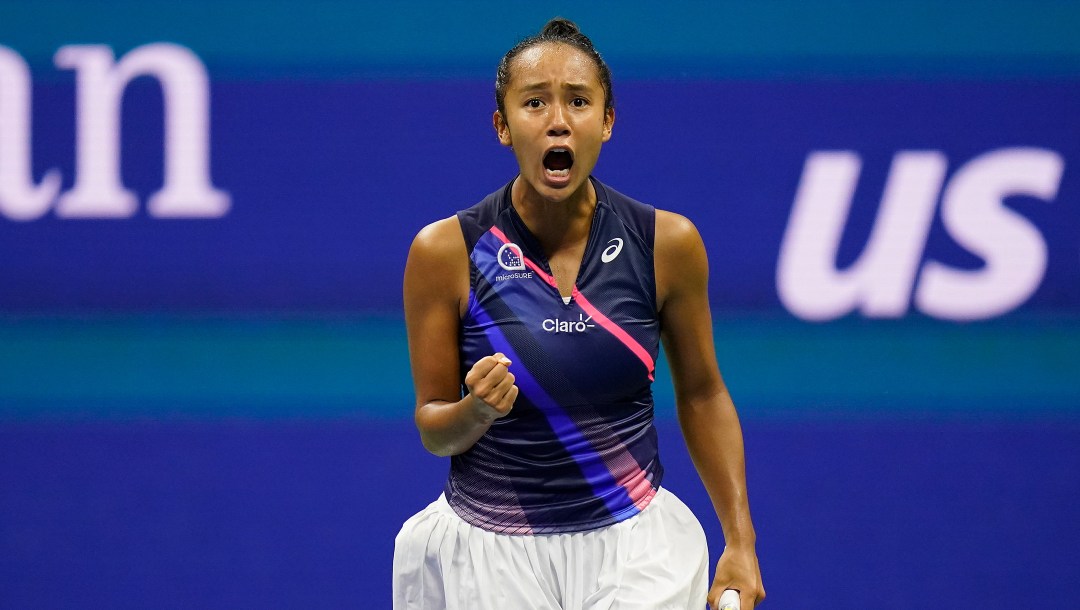 Leylah Fernandez is heading to the U.S. Open final after defeating No.2 seed Aryna Sabalenka 7-6(3), 4-6, 6-4 on Thursday evening.

Inside Arthur Ashe stadium, Fernandez went down early in the first set, before coming back to tie the set at 4-4. Fernandez didn’t allow Sabalenka’s powerful serves faze her, standing her ground and taking the set all the way to a tiebreak.

In the tiebreak, Fernandez came back from losing the first two points to winning 7-3.

In the second set, Sabalenka led early again, before Fernandez came back from being down 30-0 to break the Belorussian’s serve, taking a 3-2 lead in the set. The Canadian led once again at 4-3, before Sabalenka took charge and won the set 6-4.

The deciding set, Fernandez won the first game, followed by Sabalenka taking the second. The two players each won another game, tying it up at 2-2.

The 19-year-old Canadian went on to win the next two games, breaking Sabalenka’s serve to lead 4-2. Fernandez was unable to hold on to the lead, as Sabalenka tied the set up at 4-4. Fernandez remained calm, winning the following set.

Fernandez won the match in the next game by breaking Sabalenka’s serve, to win the set 6-4. On Saturday, Fernandez will play Emma Raducanu for the US Open title.

Tomorrow fellow Canadian Félix Auger-Aliassime will also play for a spot in the final. He is up against No. 2 seed Daniil Medvedev. Gaby Dabrowski and doubles partner Luisa Stefani are also in action, facing the American pair of Coco Gauff and Caty McNally for a place in the women’s doubles final.