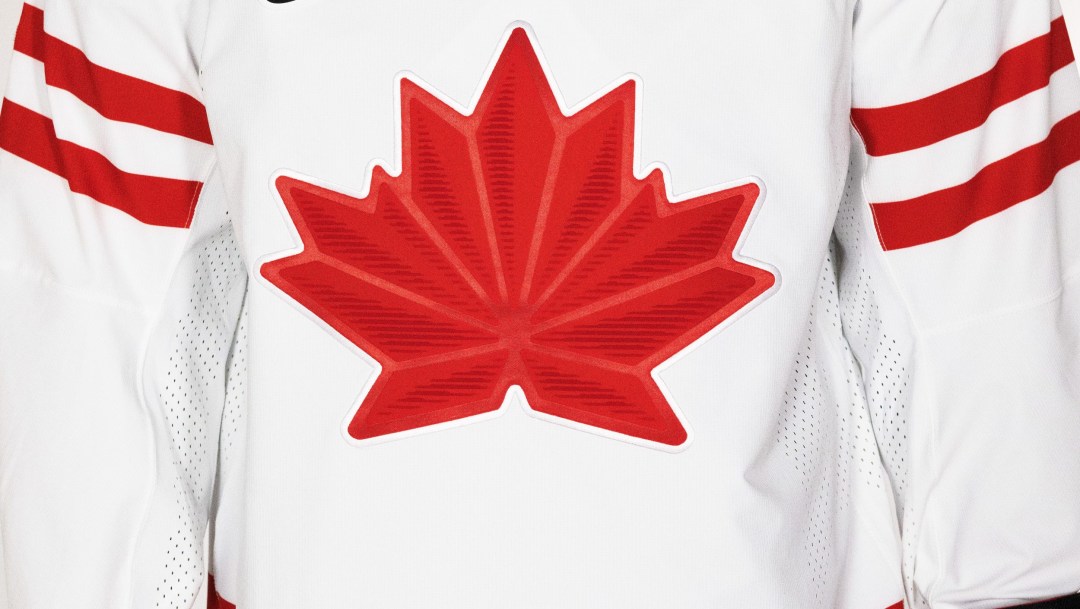 Team Canada’s men’s and women’s hockey teams will be looking good when they go for gold at Beijing 2022.

The three jersey variations the Canadian players will wear on Olympic ice were revealed by Hockey Canada on Tuesday during a women’s Rivalry Series game between Team Canada and Team USA.

There are, of course, the traditional red and white jerseys, but there is also a black option, as there was at Sochi 2014 and PyeongChang 2018. In all versions, our iconic Canadian symbol — the maple leaf — is front and centre on the chest.

RELATED: Team Canada’s most iconic Olympic hockey jerseys of the past

The red jersey is accented with black, including a striking black maple leaf crest. The white jersey has a classic red maple leaf and red accents. The third jersey not only has a black base colour but also a black maple leaf highlighted with a red outline, making for a sharp black-on-black look.

We all know that Team Canada is a force of nature. So, it’s fitting that the design was inspired by norther storms, which are fast-moving cold fronts that originate from the north and send strong winds south, causing temperatures to plummet rapidly. Graphic lines on the maple leaf crest gives dimension to the design, but are also representative of how snow and Arctic winds are shown on weather maps. Those weather map-type lines also appear on the shoulder yoke of the black jersey, creating a subtle maple leaf pattern.

Different materials, including a combination of matte twill, satin twill, and silicone, add even more dimension. The double stripe at the bottom hem is a nod to a classic design element of historical Canadian national hockey team jerseys.

The Olympic jerseys were constructed with player performance in mind. Laser-perforated ventilation has been integrated into the sides and under arm gussets for better breathability. Recycled woven material provides moisture management as well as stretch and durability. There is also added comfort thanks to a contoured fit on the collar.

Fans will get their first glimpse of Team Canada wearing one of these jerseys when our women suit up for their opener against Switzerland on February 3, the day before the Opening Ceremony at Beijing 2022.