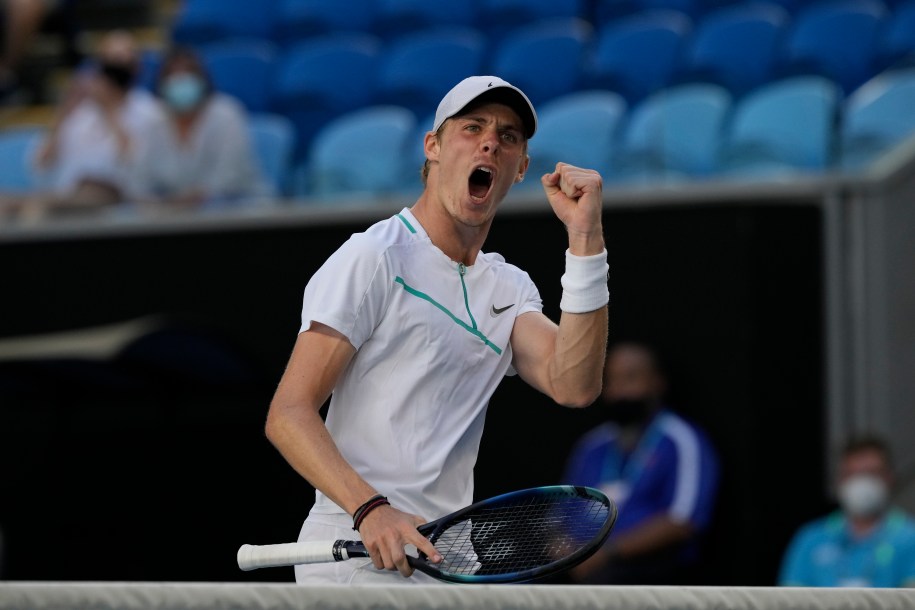 Canada’s young tennis stars are taking care of business in Melbourne, Australia. Félix Auger-Aliassime and Denis Shapovalov each won their respective fourth round match at the Australian Open in convincing fashion, and will look for more in the quarterfinals.

For Auger-Aliassime, it’s the third straight quarterfinal the 21-year-old has reached at a Grand Slam. It’s also the first time either Canadian has reached the quarterfinal of the Australian Open.

Félix Auger-Aliassime advanced on Monday afternoon after defeating Marin Cilic 2-6, 7-6 (7), 6-2, 7-6 (4). After Auger-Aliassime looked completely out of sync in the first set, he responded by winning key points in a second set tiebreak by a score of 7-6 (9-7).

After a dominant third set, he came up clutch again to close out Cilic in the final set tiebreak. It was the first career win in four tries against the 2018 Aussie Open finalist.

Auger-Aliassime is five-for-six in the tiebreaks he’s played so far in the tournament.

The 21-year-old will now look for revenge against World No. 2 Daniel Medvedev in the quarterfinal. Medvedev beat Auger-Aliassime in straight sets in the semi-final at last year’s U.S. Open, and is 3-0 in his career against the Canadian.

Denis Shapovalov had next to no drama pulling off the upset over World No. 3 Alexander Zverev. He needed just two hours and 21 minutes to beat Zverev in straight sets, 6-3, 7-6(5), 6-3. Shapovalov trailed late in the second set, but earned a crucial break down 3-5 en route to winning the set in a tiebreak. He broke Zverev four times in the match.

The victory extends his winning streak to a career-best seven matches. It was also his second win over a Top 5 opponent in his career.

Shapovalov will need to keep up his hot play as he’s matched up with Spanish tennis legend Rafael Nadal in the quarterfinal. Nadal is looking for his 21st career Grand Slam.

Shapovalov’s match will be played tonight at 11 p.m. EST, while Auger-Aliassime will play Medvedev at midnight on Wednesday.

As for the hypothetical every Canadian tennis fan is thinking about: Auger-Aliassime and Shapovalov sit on opposite sides of the Australian Open bracket, so although they have their work cut out for them, they are each two wins away from an all-Canadian Grand Slam final.