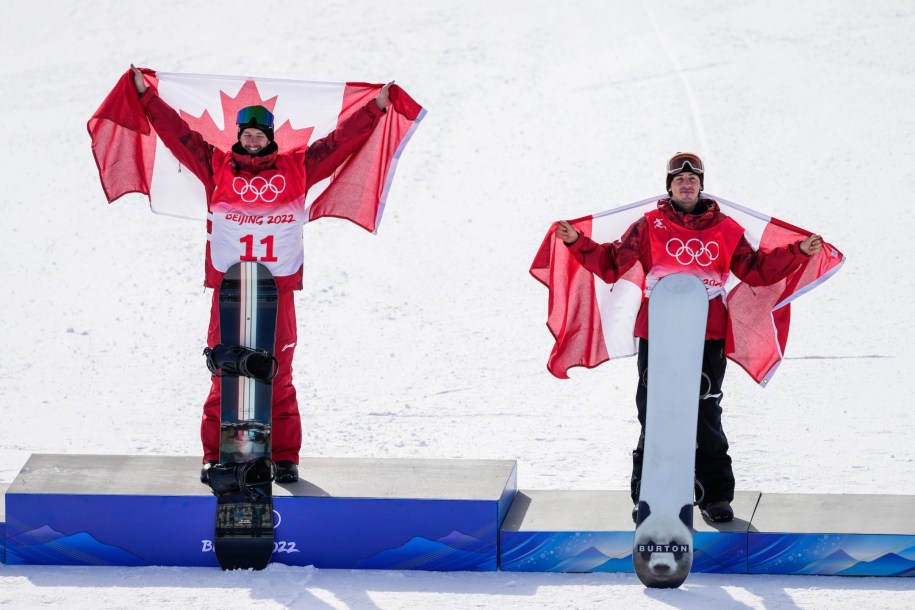 Precisely three years ago, Max Parrot was laying in a hospital bed, barely able to move. Now, he is standing tall as Olympic champion in snowboard slopestyle.

At PyeongChang 2018, Parrot won silver in the event while teammate Mark McMorris took bronze. But later that year, everything changed for Parrot when he was diagnosed with Hodgkin’s lymphoma, a type of blood cancer.

He went through 12 rounds of chemotherapy, a process that he described as “a nightmare”.

“I had no muscles, no energy, no cardio; I was getting drowned by the treatments,” said Parrot. “Just getting to the next day was a big task. I was definitely dreaming of snowboarding one day.”

That day would come sooner than expected. Just a few months after his final treatment in mid-2019, he took part in the X Games in Norway and claimed a gold in the big air.

He’d pick up another pair of X Games golds in 2020, and made no secret of his desire to pick up an Olympic gold once the Beijing 2022 Olympic Winter Games came around. With an impressive 90.96 score in his second run, that’s exactly what he did.

“Four years ago, I had a silver medal, and after that, I told everyone I wanted the gold medal,” said Parrot. “It’s actually the only gold medal that was missing in my library.

“It just feels completely incredible to be stepping on the Olympic podium once again, but with a gold medal three years later after everything I’ve been through.”

As for McMorris, who also had his sights set on adding an Olympic gold to his collection, the bronze in Beijing was the third of his storied career. With the result, he becomes the first athlete to win three consecutive bronze medals in the same individual event at the Olympic Winter Games.

Just like in qualification, the 28-year-old saw everything come down to his final run. And just like he has before, McMorris soaked up the pressure and showed the world what he’s got.

“I had such a good practice and then to have those bobbles on runs one and two was extremely frustrating,” said McMorris.

“There was about the most amount of pressure a guy could ever feel going into that third run and to just do it when it mattered was so special.”

McMorris scored 88.53 in that final run, just shy of the 88.70 put up by silver medallist Su Yiming in his second run.

Su, the 17-year-old prodigy from China, actually considers McMorris a childhood hero, and why not? He was just 9 when McMorris claimed the first-ever Olympic bronze in snowboard slopestyle back at Sochi 2014.

“Today was an amazing day,” said McMorris. “I’m just extremely honoured to be able to stand on a third Olympic podium, to show longevity and to rise to the occasion. Very proud, and thank you Canada for all the support.”