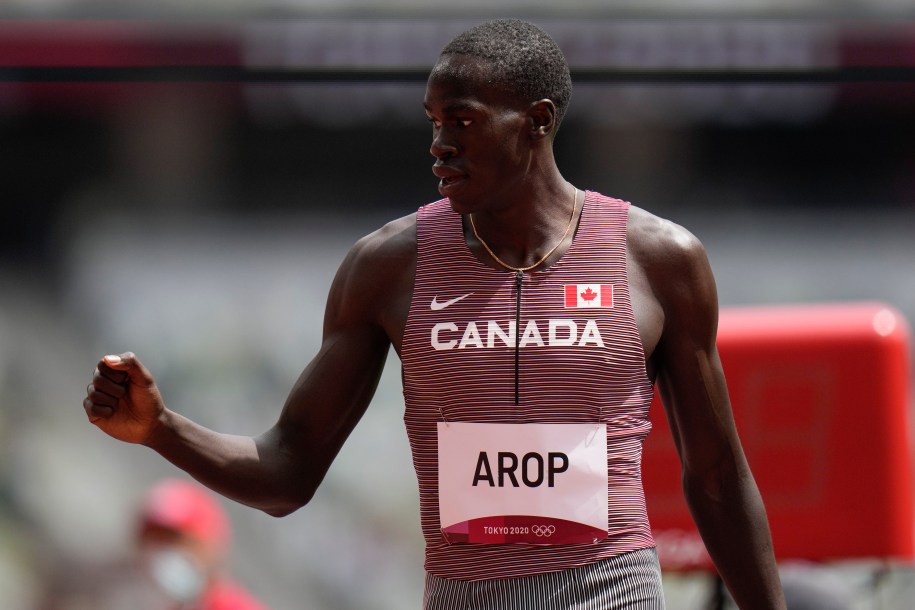 Team Canada was in Doha, Qatar for the first meeting of the Diamond League Track and Field 2021-2022 season.

In the men’s 800m event, Marco Arop won the bronze medal with a time of 1:49.51. The Canadian stayed with the pack throughout the beginning of the race and found his stride during the last lap where he was in silver position. He was passed as they neared the end and finished behind winner Noah Kibet of Kenya (1:49.08) and Peter Bol of Australia (1:49.35).

After a delayed start to the event the men’s high jump competition was underway. Canadian Django Lovett braved the windy day and jumped to a seasons best 2.27m to claim bronze. Lovett was joined on the podium with Korea’s Sanghyeok Woo (2.33m) who took home the gold, and Olympic champion Mutaz Essa Barshim of Qatar (2.30m) who claimed the silver.

The next Diamond League meeting will take place in Birmingham on May 21.