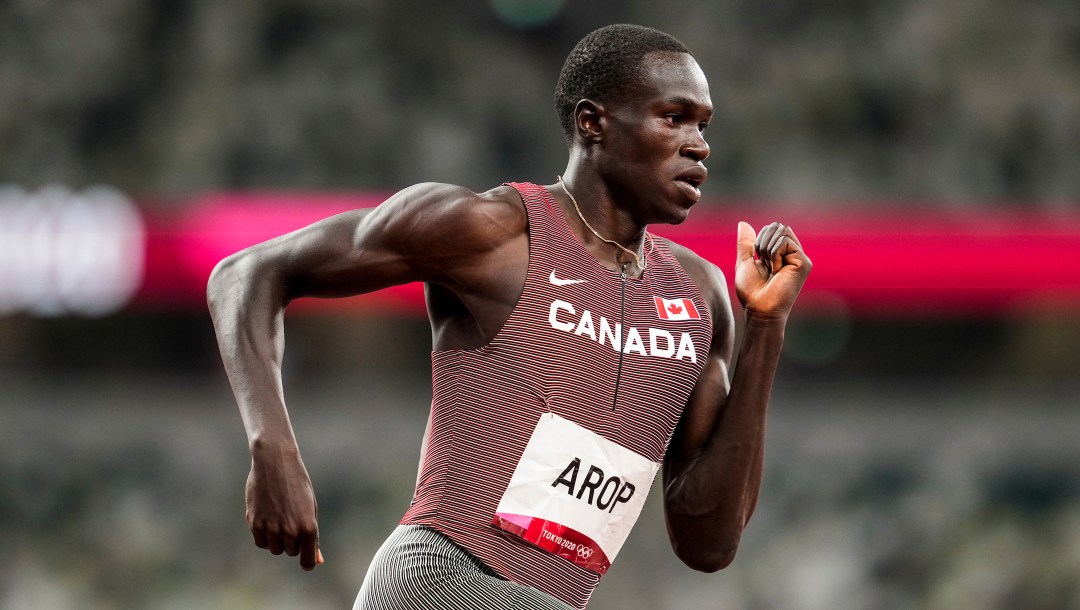 Just a couple of years after he started running track seriously, Marco Arop won 800m gold at the 2017 Canadian U20 Championships, finished second at the U20 Pan American Championships, and was a gold medallist for Team Alberta at the Canada Summer Games in Winnipeg. He followed that up in 2018 by finishing second in the 800m at the NCAA Division I Championships, winning his first senior national title in the distance, and then taking silver at the NACAC Championships in Toronto.

In February 2019, Arop ran a Canadian indoor record 1:45.90 in the 800m. After winning 800m silver at the Canadian Championships, Arop captured gold at Lima 2019 where his time of 1:44.25 set a Pan Am Games record. He went on to compete at his first World Athletics Championships, finishing seventh in Doha, Qatar.

In August 2020, Arop lowered his personal best in the 800m to 1:44.14 as he finished on the podium at three international meets in less than 10 days. In July 2021, Arop stood on the podium at two Diamond League meets in six days, dropping his personal best both times. In Monaco, he came within 0.06 of the Canadian outdoor record in the 800m with his time of 1:43.26. In his Olympic debut at Tokyo 2020, Arop advanced to the semifinals of the 800m.

Arop had an outstanding 2022 season, highlighted by his bronze medal in the 800m at the World Athletics Championships in Eugene, Oregon. He also finished on the podium in four Diamond League events to end the season as the overall Diamond League winner for the men’s 800m.

A Little More About Marco

Getting into the Sport: Ran some track in elementary and junior high school but didn’t really get into it until his final year of high school when he was 17… Outside Interests: Majoring in Computer Science at Mississippi State University… Enjoys reading, playing piano and basketball… Odds and Ends: Favourite motto: Do something today that your future self will thank you for… Family immigrated to Canada in 2002 as refugees from Sudan…