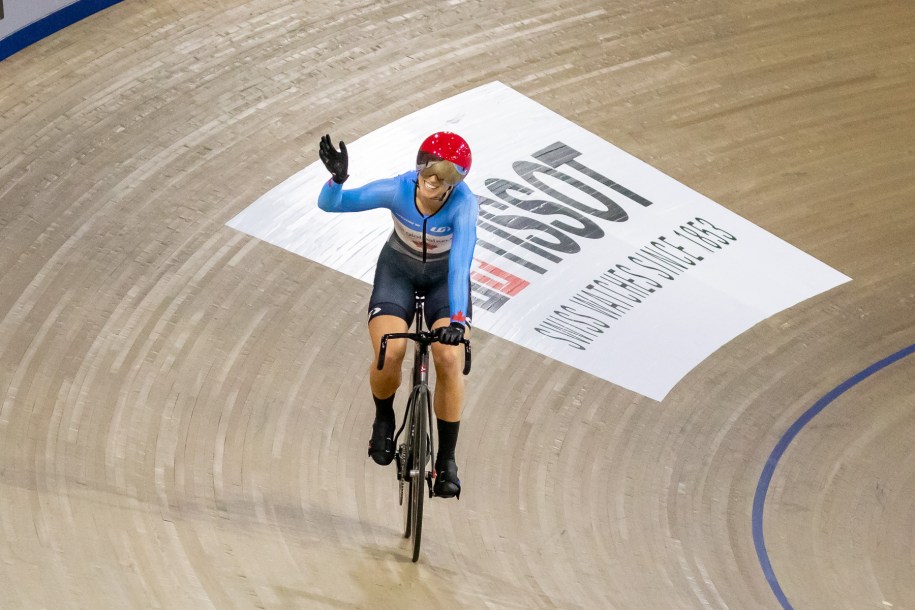 After claiming bronze in the Team Sprint on the first day of the UCI Track Nations Cup, Olympic medallist, Kelsey Mitchell returned to the track Friday evening to capture silver in the women’s Sprint final.

Mitchell and Lauriane Genest both kicked off the day by qualifying with the first and third fastest times respectively. Breezing through quarterfinals, Mitchell went on to qualify for the final. Facing Germany’s Emma Hinze, she was faced with her toughest battle of the night. Mitchell was strong but Hinze was able to take the gold ahead of Canada. The bronze medal went to Martha Bayona Pineda of Colombia. Genest finished just off the podium in fourth position in the bronze medal final.

“I had some confidence going into the final round, but Hinze is a great rider, her tactics are quite strong, she can carry that speed to the line, and I just came up short,” Mitchell said to Cycling Canada following her race. “I learn more from losing than I do from winning and dominating each round, so it’s great that I raced against her. It just motivates you that much more when it’s that close, knowing that you can beat that person so I think the races will continue to be close and hopefully I’ll take some wins.”

This marks Mitchell’s second medal in the discipline since the start of the season, after winning in Scotland last month.

Competition continues on Saturday evening at Milton’s National Cycling Centre. Canadians will be competing in the women’s 500m Time Trial and Omnium, as well as men’s Individual Pursuit, Keirin and Madison. 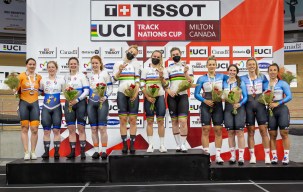