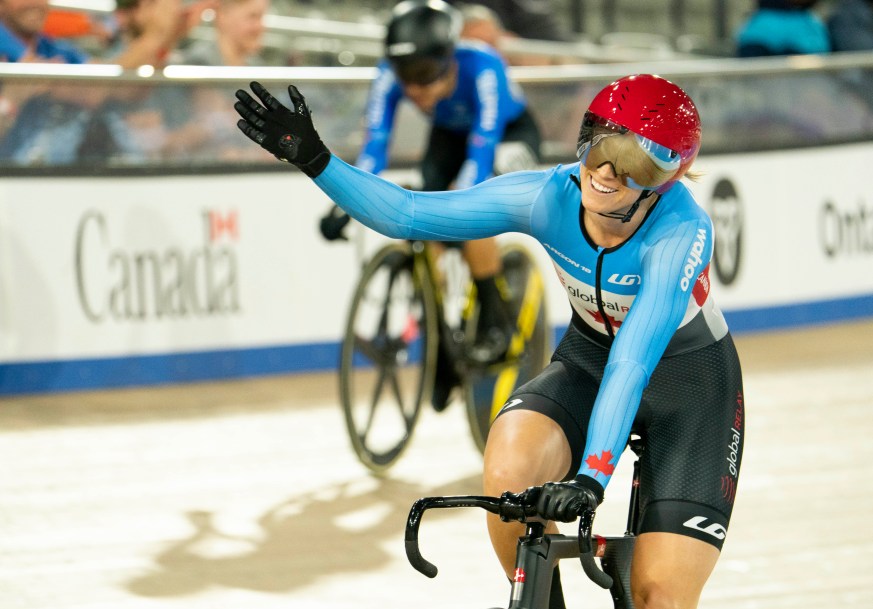 Kelsey Mitchell capped off a big weekend with a gold in the women’s keirin event for her third medal at the Tissot UCI Track Nations Cup on Sunday in Milton, Ont.

With 2 laps to go Mitchell took off to and edged out Japan’s Mina Soto in the keirin final to earn top spot on the podium. Defending world champion Lea Sophie Friedrich of Germany finished third but was relegated.

Mitchell, who finished fifth in the keirin event in Tokyo 2020, won her first heat of the evening, and qualified for the final by placing third in the second round heat.

A moment to remember for @_kmmitchell!

After her family wasn’t able to be in 🇯🇵 to watch her win 🥇 at the Olympics, being able to cheer in the stands and see her take the win at home makes it that much sweeter ❤️#TissotNationsCup pic.twitter.com/W8ppR5qFT1

Mitchell earned three medals this weekend after winning an individual silver in the women’s sprint final on Friday, and a bronze in the Team Sprint on the first day of the UCI Track Nations Cup.

Olympic Keirin bronze medallist Lauriane Genest had a minor crash that prevented her from finishing the race.

The National Team will now head to Cali, Colombia from July 7-10 for the third and final Track Nations Cup of the season.