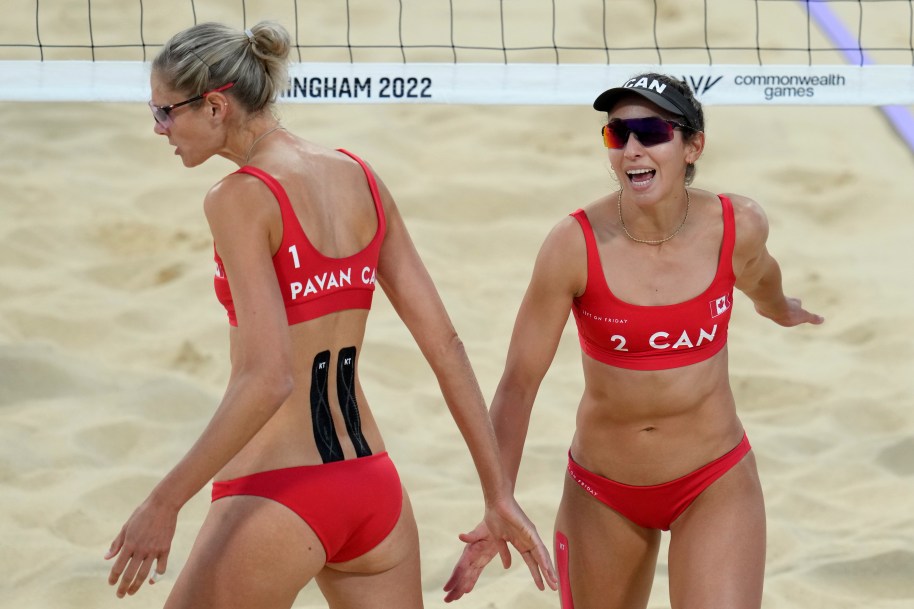 Team Canada continued to pile up the hardware on the second last day of competition at the 2022 Commonwealth Games, with Evan Dunfee highlighting a successful Sunday that saw Canadians earn podium finishes in diving, athletics, beach volleyball and boxing.

Keep scrolling to catch up on all the latest news from the Commonwealth Games.

Evan Dunfee had the performance of the day for Team Canada as he marched to a gold medal in the men’s 10km race walk. Dunfee, who won bronze in the 50km race walk at Tokyo 2020, finished Sunday’s race in 38:36.37 to establish a Canadian and Commonwealth Games record.

That wasn’t the only gold for Canada on the athletics field, though, as the women’s 4x400m relay team also finished first. The quartet of Natassha McDonald, Aiyanna Stiverne, Micha Powell and Kyra Constantine crossed the finish line with a time of 3:25.84, beating out the Jamaicans by over a second (3:26.93) while Scotland took bronze with a time of 3:30.15.

World champion Tammara Thibeault proved her dominance yet again on Sunday as she claimed gold in the women’s 70-75kg division, defeating Rady Gramane of Mozambique 5-0. With the win, Thibeault became the first Canadian woman to win a gold medal in boxing at the Commonwealth Games.

On the men’s side, Sam Schachter and Daniel Dearing took silver after falling to the Australian duo of Paul Burnett and Chris McHugh in the final. The Canadians took the first set 21-17 but the Australians responded with 21-17 and 20-18 wins in the second and third sets to earn the victory.

Sarah Pavan and Melissa Humana-Paredes avenged the men’s loss as they they defeated the Australian team of Taliqua Clancy and Mariafe Artacho del Solar to win gold. After dropping the first set 24-22, Pavan and Humana-Paredes rallied back to win the next two sets 21-17 and 15-12 to claim Canada’s fourth gold medal of the day.

Mia Vallée continued her impressive showing at the Commonwealth Games as she picked up her third medal in as many days. It was a bronze for Vallée on Sunday in the women’s 3m springboard event as she scored 329.25 points, just behind Nur Dhabitah Binti Sabri of Malaysia who totaled 330.90 for silver. Maddison Keeney of Australia won gold with a score of 348.95.

Rylan Wiens doubled up in the pool for Canada as he won silver in the men’s 10m platform final. Wiens totaled 492.80 points for second place behind Cassiel Emmanuel Rousseau of Australia (501.30), while Matthew Lee of England (477.00) finished third.