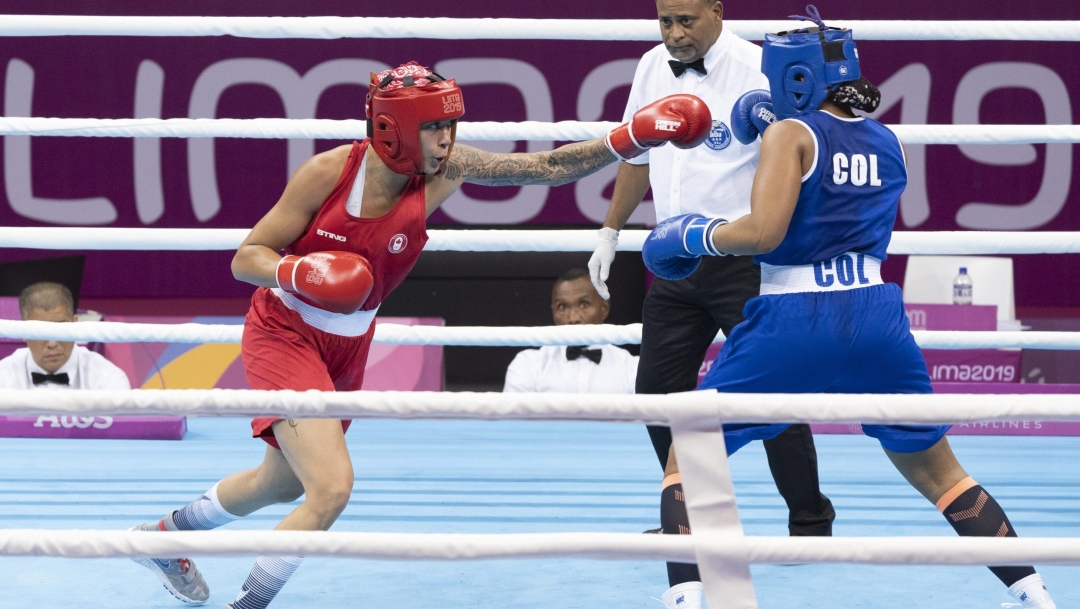 Tammara Thibeault won gold at the 2017 Canadian Championships and went on to win gold in her first senior international tournament, the American Continental Championships. She represented Canada at the 2018 Commonwealth Games in Gold Coast, Australia, winning bronze after her only defeat in the tournament to eventual champion Lauren Price of Wales.

Later that year, she suffered two nose fractures and had to go without contact for eight weeks, which was not ideal just a few months before her first world championships. But she got headgear with a bar to protect her nose as much as possible and ended up making the quarterfinals at the worlds.

Thibeault started her 2019 season by winning the Copa Independencia, an annual tournament in the Dominican Republic that marks the start of the boxing year in the Americas. She successfully defended her title at the continental championships, qualifying for the Pan Am Games. She came home from Lima 2019 with a bronze medal but was later upgraded to silver after her semifinal opponent was disqualified for doping. She ended the year by winning bronze at the 2019 AIBA Women’s World Championships.

In her Olympic debut at Tokyo 2020, Thibeault advanced to the quarterfinals, matching Canada’s best ever result in any women’s Olympic boxing event.

A Little More About Tammara

Getting into the Sport: Took up boxing at age 9 because her father and brother were attending a class for fun… Began competing at age 12… Was inspired to compete for Canada while watching the first women’s Olympic boxing competition at London 2012… Outside Interests: Working on a Bachelor degree in Urban Studies at Concordia University with plans to pursue a Masters in Architecture, specializing in sustainable housing… Enjoys reading, singing, and hiking during her time off… Odds and Ends: Collects snow globes from different places she travels… Brings her stuffed teddy bear Groot to every tournament… Favourite Motto: Have fun, and kick butt…