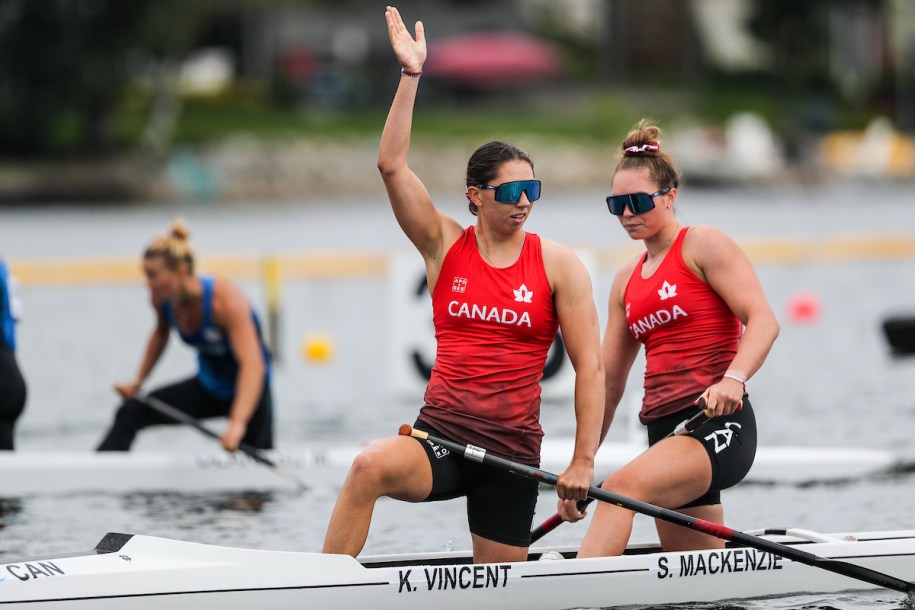 Led by Tokyo 2020 medallist Katie Vincent, Team Canada delivered in front of the home crowd as they claimed five medals at the ICF Canoe Sprint World Championships in Halifax, Nova Scotia on Sunday.

The hometown duo of Craig Spence and Bret Himmelman earned the second medal of the day for Canada, paddling to bronze in the men’s C2 1000m event with a time of 4:06.13. Sebastian Brendel and Tim Hecker of Germany (3:54.91) won gold while Hao Liu and Bowen Ji of China (3:55.34) took silver.

The second half of the day belonged to Vincent, who teamed up with fellow Tokyo 2020 Olympian Connor Fitzpatrick in the C2 500m mixed event to win Team Canada’s first gold medal. The Canadians crossed the finish line in 1:56.87, nearly two seconds faster than the German team of Brendel and Sophie Koch (1:58.84), while the Polish duo of Aleksander Kitweski and Sylwia Szczerbinska (1:59.17) finished third.

Vincent and Jensen each added their second medal of the day in the women’s C4 500m, joining Sloan MacKenzie and Julia Lilley Osende atop the podium. The Canadian quartet paddled across the line with a time of 1:56.14, edging out the Polish team by 0.17s for gold. Hungary rounded out the podium with a time of 1:57.39.

Vincent put an exclamation point on her performance with her third gold medal of the day, this time finishing first in the women’s C1 5000m. The Mississauga, Ontario native clocked in at 27:50.88, more than four seconds ahead of German Annika Loske (27:55.52) and 11 seconds faster than Spaniard Maria Corbera (28:02.52).

Vincent’s three-medal performance came exactly one year after her bronze medal win at Tokyo 2020, where she and Laurence Vincent Lapointe paddled to the podium in the women’s C2 500m.