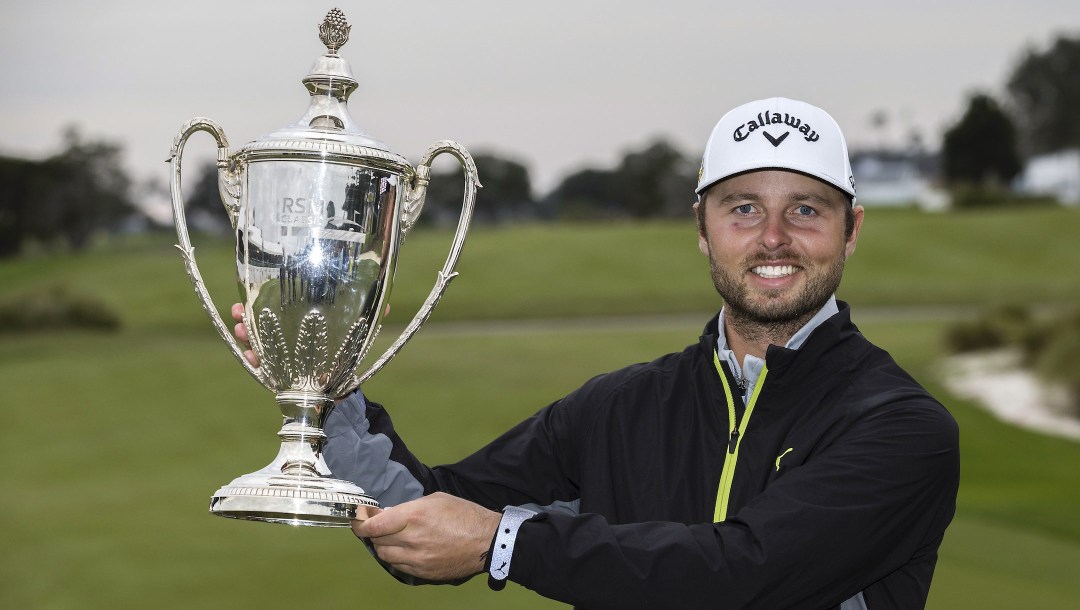 Adam Svensson broke through Sunday evening for his first PGA Tour victory at The RSM Classic in Saint Simons Island, Georgia. He finished at 19-under 263 for a two-stroke victory over three runners-up at Sea Island Resort.

After starting his tournament with a card of 73 (+3) in the first round, 28-year-old Svensson from surrey, B.C. bounced back brilliantly to move up the standings and put himself in a good position to aim for victory on the sidelines of the final round.

He started the final round one shot off the co-leaders Ben Martin and Patrick Rodgers. Svensson was solid in the final round, closing bogey-free, 6-under 64. He took the lead alone on the 11th hole for the first time in the tournament and held it for a few holes until three golfers joined him in the lead at -17.

Svensson was locked in a four-way tie for the lead on the closing stretch, but he didn’t flinch and regained his lead with an 18-foot birdie putt on the 16th hole. Then on the next hole he hit an excellent par-3 171-yard tee shot that fell less than 10 feet from the cut to allow him to birdie another and play it safe on the last hole. Svensson capped of his bogey-free final round with a par for two-shot wins. He posted a final-round 64 to claim the title.

“To be honest, it’s not even real right now,” Svensson said when he finished. “I’m so happy. I put so much work in. To win on the PGA Tour means everything to me. … I just kept believing in myself, and here I am.”

The 28-year-old golfer is entering his third full year on the PGA Tour and gets a two-year exemption, along with a trip to the Masters and the PGA Championship. He has never played a major. He has won three titles on the Korn Ferry Tour, a second division circuit under the PGA. In March 2021, he won the Club Car Championship and then won the Nationwide Championship as part of the final series of the circuit in August of the same year.

Since turning pro in 2006, Graham DeLaet has become known as one of golf’s best ball strikers. A three-time winner...