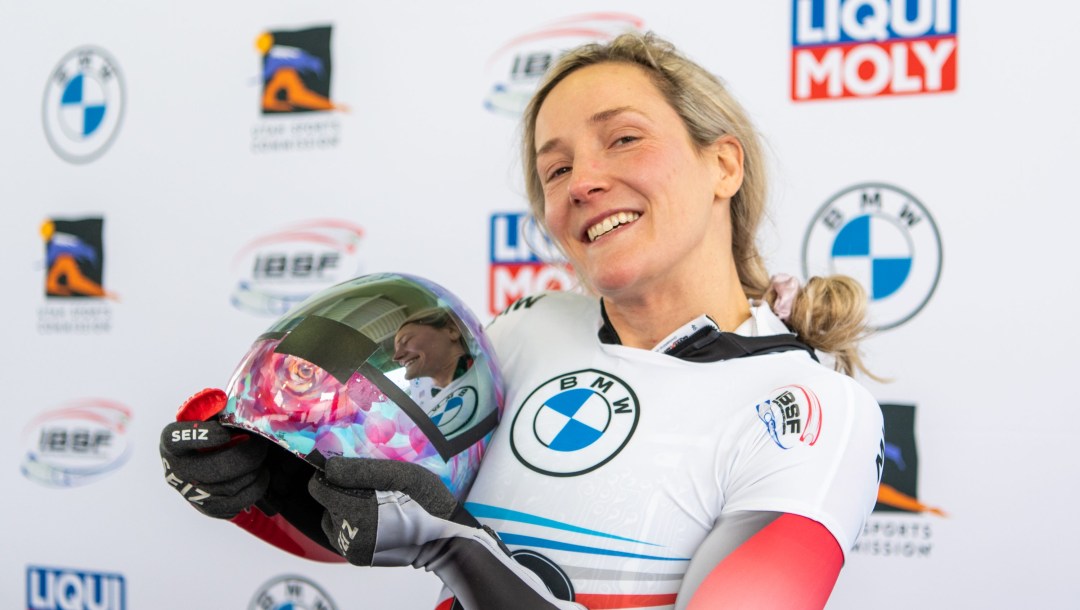 Rahneva slides to silver at skeleton World Cup in Winterberg

Mirela Rahneva stood on her second podium of the 2022-23 IBSF World Cup season after capturing the silver medal in Winterberg, Germany on Friday.

In the first World Cup women’s skeleton race since mid-December, Rahneva finished with a two-run time of 1:57.24. That left her 0.06 of a second behind gold medallist Kimberley Bos of the Netherlands.

Rahneva had posted the quickest time in the opening run, navigating her way through the tough turns of the Winterberg track in 58.60 seconds. That gave her a lead of 0.08 of a second over Bos, the reigning overall World Cup champion.

Rahneva was only 0.04 slower in her second trip down the track, but that ranked her fifth in the second run and gave Bos the gap she needed to move ahead of the Canadian.

Bos clearly enjoys racing in Winterberg, which is the site of all three of her career World Cup wins. Olympic champion Hannah Neise of Germany finished a tenth of a second behind Rahneva to take the bronze medal in front of her home crowd.

Another Canadian Olympian, Jane Channell, broke into the top 10 as she finished 1.02 seconds back of Bos.

The IBSF World Cup circuit has now reached Europe after starting with three stops in North America in November and December. Rahneva earned the victory in the race in Park City, Utah on December 1. The silver in Winterberg is her 13th career World Cup medal.

Blake Enzie was the top Canadian in the men’s skeleton event, placing 18th. Competition will continue in Winterberg on Saturday and Sunday with the bobsleigh events. The circuit will move on to another German track in Altenberg next week.