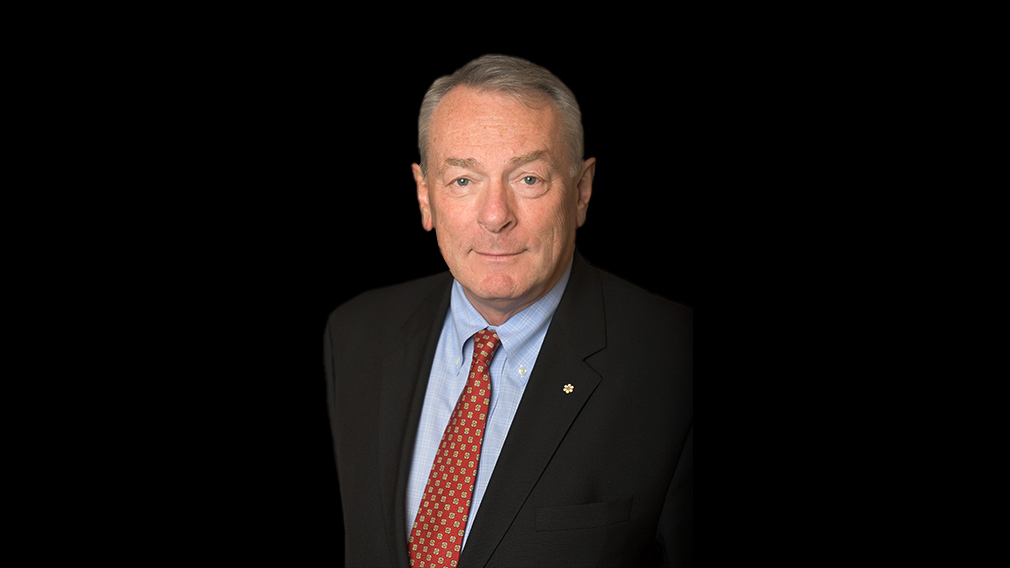 Richard Pound is one of Canada’s most-recognized figures in international sport. In his distinguished career, the native of St. Catharines, Ontario was a two-time vice-president of the International Olympic Committee (IOC) and was responsible for all Olympic television negotiations, marketing and sponsorships, up to and including the 2008 Olympic Games in Beijing.

Pound has been a COC executive member since 1968 and its secretary general for eight years before becoming COC president in 1977 (to 1982). He was founding president of the World Anti-Doping Agency (WADA), created in 1999 to coordinate the fight against doping in sport. His involvement continues post-2007 as IOC representative on the WADA Foundation Board.

At the IOC, Pound has had vast and varied roles. Vice-president from 1987 to 1991 and 1996 to 2000, he was a member of the IOC Executive Board from 1983 to 1991 and 1992 to 1996. Pound was chairman of five IOC commissions: the Coordination Commission for the Atlanta 1996 Olympic Games, Protection of the Olympic Games, Television Rights Negotiations, Marketing and Olympic Games Study. Vice-chairman of the Eligibility Commission, he has also been active as a member of many other important IOC bodies that included Preparation of the XII Olympic Congress, Olympic Movement, Juridical and Sport and Law.

His career has touched nearly all aspects of the Olympic Games and Movement. Pound has had many significant Olympic roles for Canada. He was director and executive member of the Organizing Committee for Canada’s first Olympic Winter Games, Calgary 1988. He was Deputy Chef de Mission of the Canadian Olympic delegation for the Munich 1972 Olympic Games. He was a director of the Vancouver 2010 Bid Committee, helping influence the successful bid.

As an athlete, Pound was a double Olympic swimming finalist at the 1960 Olympic Games, and captured four medals (one gold, two silver, one bronze) at the 1962 Commonwealth Games. From 1958 to 1962, Pound won several national swimming titles and was elected into the International Swimming and Canadian Swimming Halls of Fame. In 2002 he received the Gold Medallion Award from the International Swimming Hall of Fame. Pound was also once a nationally-ranked squash player.

Pound is the author of nine books: Rocke Robertson Surgeon and Shepherd of Change, Unlucky to the End, Inside Dope, Inside the Olympics, High Impact Quotations, Canadian Facts and Dates, Five Rings Over Korea: The Secret Negotiations Behind the 1988 Olympic Games in Seoul, Chief Justice W.R. Jackett, By the Law of the Land and Stikeman Elliott, The First Fifty Years. A senior partner of Stikeman Elliott’s tax section in Montreal, he is editor or author of several other publications, tax-related.

Pound was awarded the Canadian Olympic Order (Gold) in 1996 and is a member of the Canadian Olympic, Canadian Amateur Athletic and the Quebec Sports Halls of Fame. He is currently Chancellor of McGill University and was chair of its Board of Governors from 1994 to 1999. He is an Officer of the Order of Canada and of l’Ordre national du Québec.