The COC encourages community institutions and groups such as schools, libraries, community centres and clubs to share their support for the Canadian Olympic Team and our Olympic Athletes as well as generate excitement related to the Olympic Movement in Canada.

How can a community institution associate with the Canadian Olympic Team or Olympic Brand?

The following two examples demonstrate how a community institution might incorporate the use of the Olympic Brand in its operations with the intent of generating excitement for the Olympic Movement. The examples identify situations where use of the Olympic Brand would be permitted as well as a contrasting example displaying engagement in a manner that is likely to infringe upon the rights of COC sponsors. The examples also outline the assessment tool that is relied upon to determine the likelihood of an infringement.

Requests for use of the Olympic Brand and/or related questions should be submitted to the COC at branduse@olympic.ca. 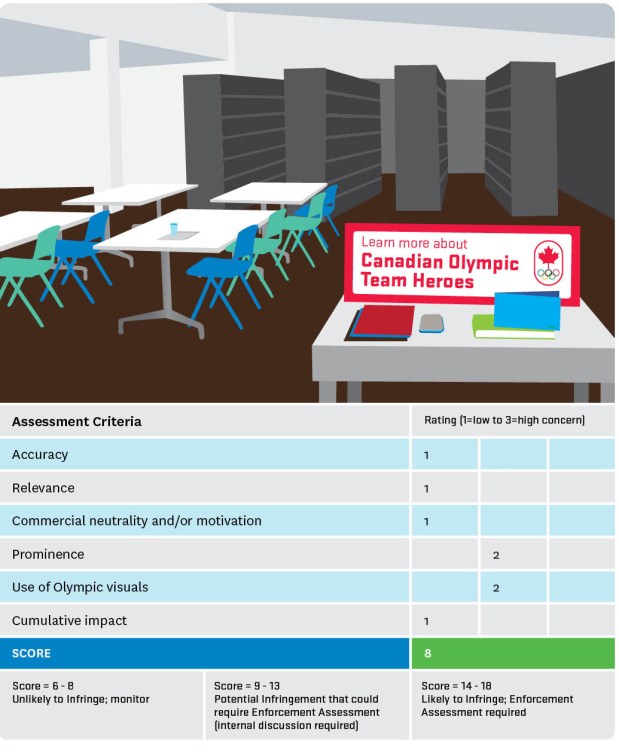 Case Assessment
Because the use is for educational purposes and is non-commercial in nature, this would be considered as unlikely to infringe.

You are a community leader organizing a winter festival where part of the event will include an “Olympic Hockey Challenge” sponsored by XYZ Company. 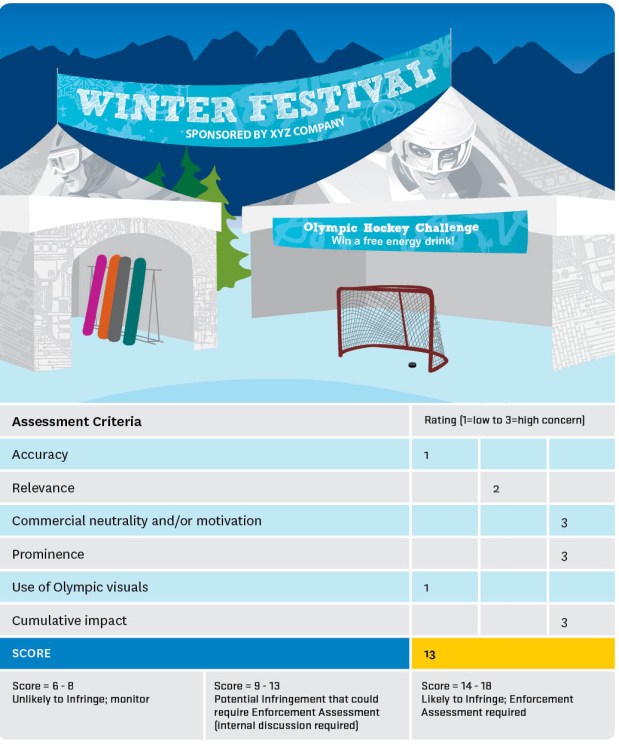 Case Assessment
In this case, because the proposed use of the brand and the event itself is being sponsored by a commercial organization that is not a COC sponsor, this would be considered as likely to infringe.

An artist uses the Olympic Rings in a piece of artwork titled “Olympic Spirit”, which has not been produced on a commercial scale. 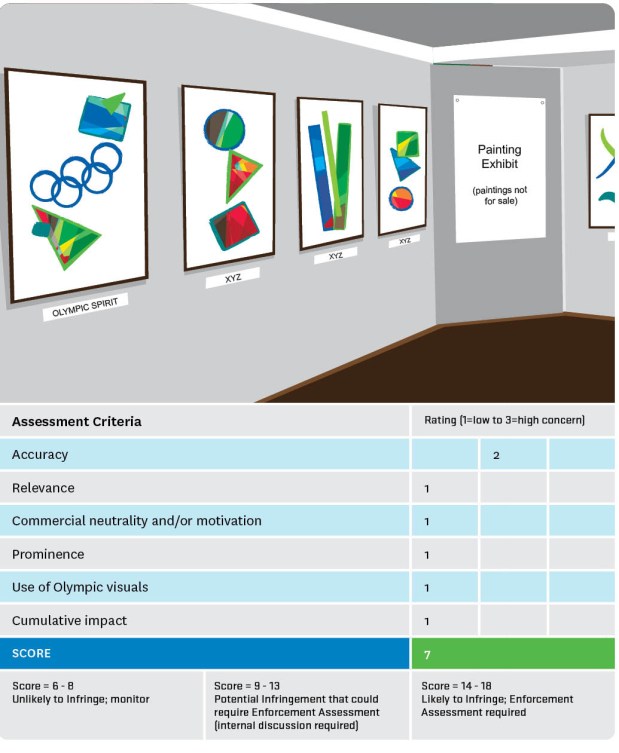 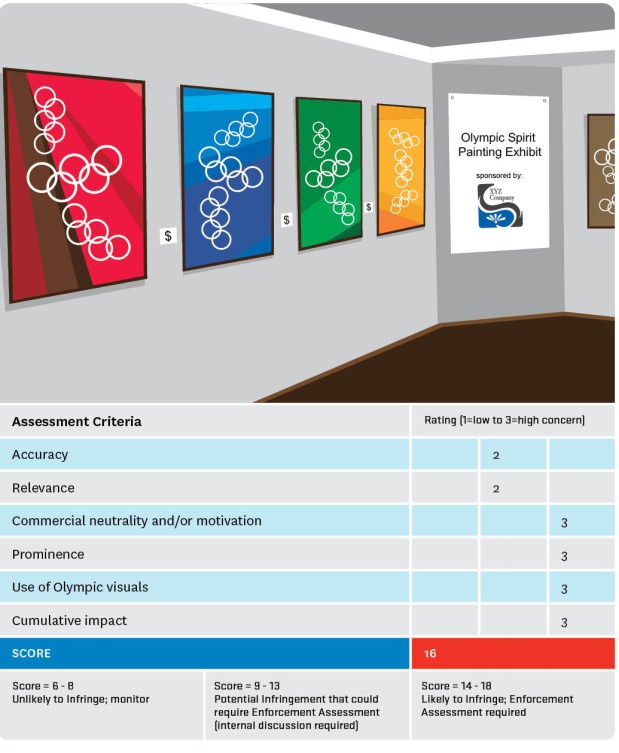