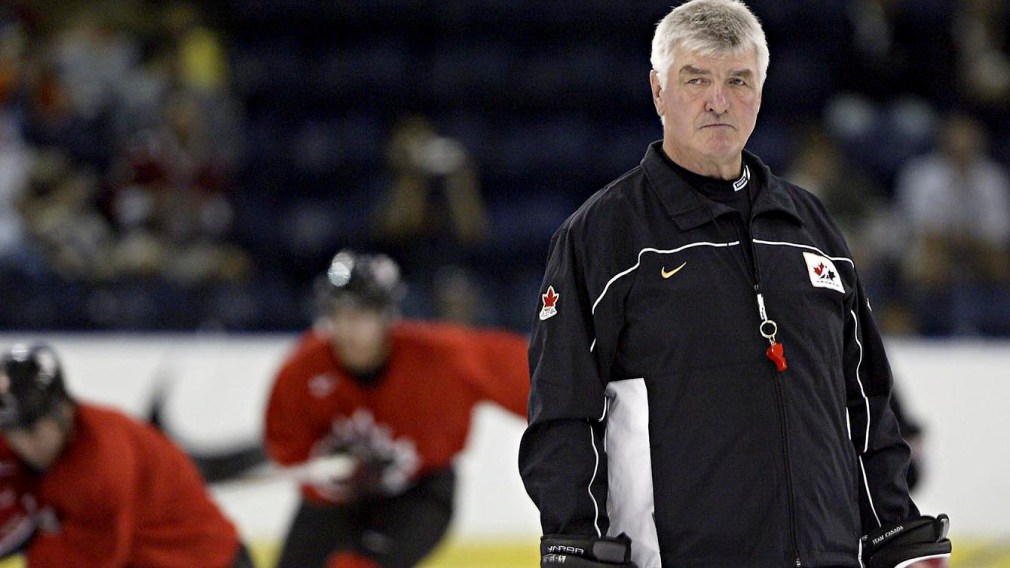 At Salt Lake City 2002 it was Quinn who was tasked with improving upon Canada’s fourth place finish at Nagano 1998 where NHL players had participated for the first time. After posting one win, one tie and one loss in the preliminary round, Canada defeated Finland 2-1 in the quarterfinal. That set up a semifinal against a surprising Belarus, which Canada won handily 7-1. In the final against the host Americans, Quinn’s squad ended a 50-year Olympic gold medal drought in men’s hockey with a 5-2 victory. Quinn returned to the helm at Turin 2006 where Canada finished seventh.

But Quinn’s contribution to Canadian hockey success internationally is not limited to the Olympic Games. In 2004 he coached Canada to victory at the World Cup of Hockey. In 2008 he guided Canada to gold at the IIHF World Under-18 Championship, followed one year later by Canada’s fifth straight victory at the IIHF World Junior Championship. In 1996 Quinn was a driving force in the opening of the Hockey Canada Centre of Excellence in Vancouver.