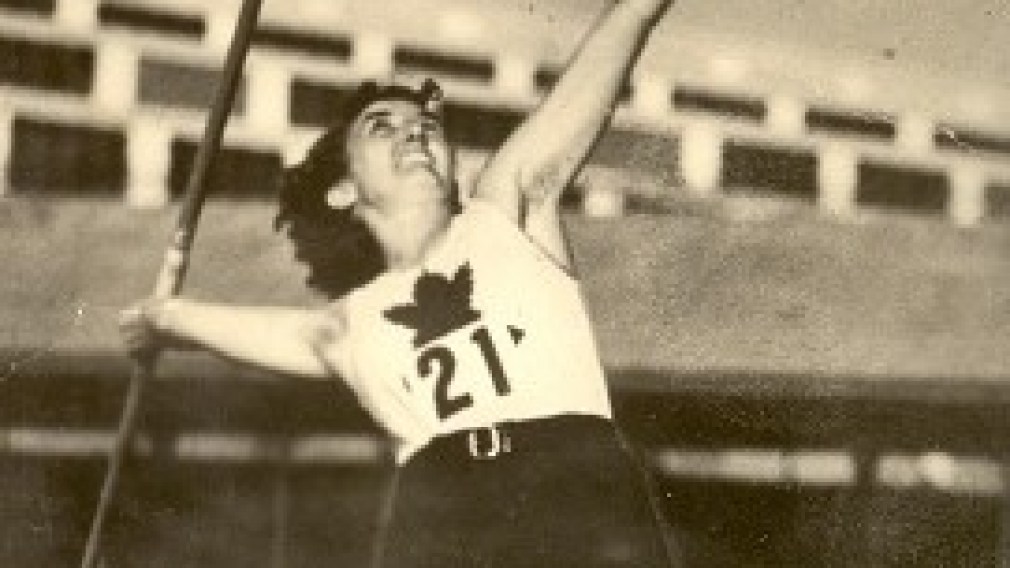 From 1935-40, Robina Higgins dominated women’s field events in Canada. A throws specialist, she won a gold medal for Canada in the javelin (and set a Games record by over 20 feet) at the 1938 British Empire Games in Sydney, the most significant victory of her career.

The Winnipeg-born Higgins start in the throws events began as a baseball player and transitioned to javelin, shot put, discus and the baseball throw. During her brief career she won nine national championships in all four disciplines setting several Canadian records. She set a Canadian record in the javelin in 1938 which stood until 1952.

Higgins alternated her summer sport activities with the winter sport of basketball as a guard on the Dominion Business College team, winning five consecutive city and provincial championships. She retired from competing in 1940, worked as a stenographer during the war, and became a golfer and a curler.