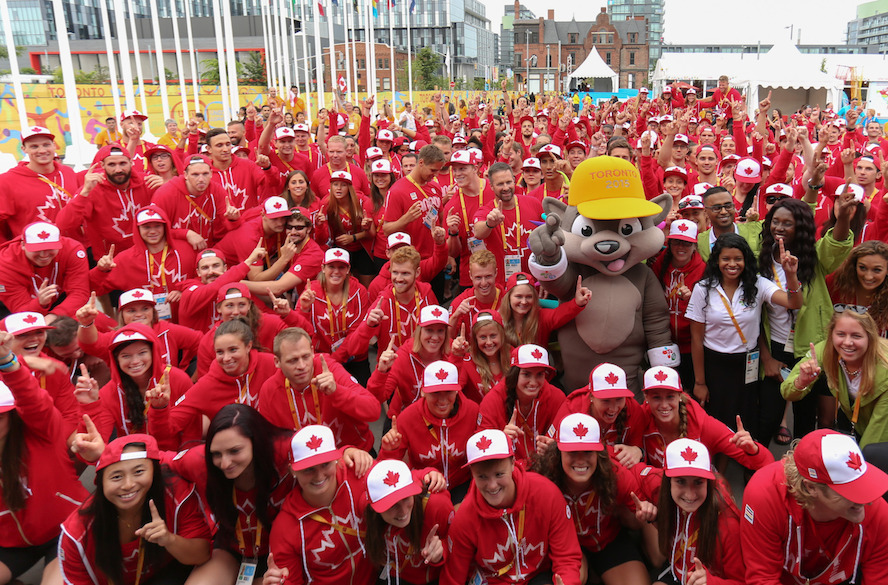 TORONTO — On Wednesday, the Canadian Olympic Committee announced the full Canadian Team for the TORONTO 2015 Pan Am Games, featuring 719 of Canada’s finest athletes – the country’s largest team ever fielded in its multi-sport Games history.

The team is made up of athletes from 48 sports/disciplines and can be seen in the attachment below. All athlete bios will be available on olympic.ca: http://olympic.ca/games/2015-toronto/

With TORONTO 2015 providing a “home Games” experience, as well as a number of qualification opportunities for the Rio 2016 Olympic Games, these Games will offer a tremendous experience for Canada’s high performance athletes.

By place of birth (some were not born in Canada)

Number of different countries from which athletes originate: 45

PAST GAMES AND MEDALS

By type of Games:

***The TORONTO 2015 TEAM CANADA MEDIA GUIDE is now available for download on iPhone, Android and Mobile Web. The Guide will be refreshed in an ongoing manner to ensure journalists have the information they need to tell the stories of Team Canada’s athletes as final selections and updates occur.

“Congratulations to the contingent of athletes who have made it on to Team Canada. What an incredible honour to represent your country on home soil. I have full confidence that they will make their country proud as their fellow Canadians cheer for them. Go Canada Go!”

“I am so proud of every single athlete who has been named to Team Canada. Their hard work has paid off, and now they get to demonstrate why they are the best while representing their country against the Americas on home soil. TORONTO 2015 is going to be an outstanding Games and I know that these athletes are going to give their everything, because it is #NowOrNever. En garde!”