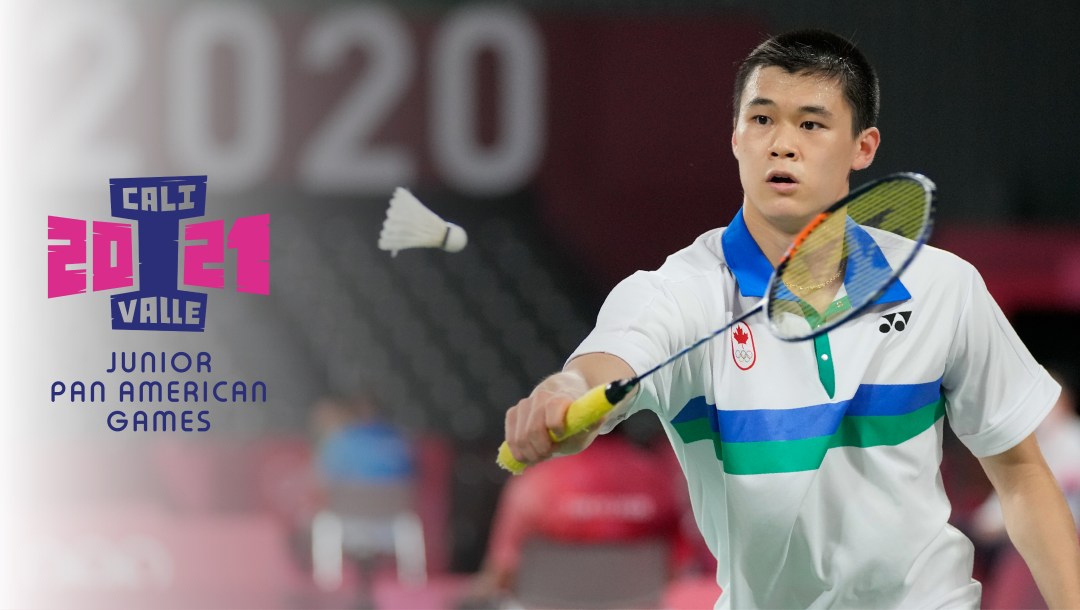 There will be 31 next generation athletes on Team Canada. The Games will be held in Cali, Colombia from November 25 to December 5, 2021 and will bring together approximately 3,500 athletes in 27 sports from 41 countries across the Americas.

A rising talent in artistic gymnastics, the 15-year old Tran will represent Canada at her first international multi-sport Games. She finished first in the all-around in the junior category in each of the virtual meets she competed in this season, including winning the Junior Canadian Championships. Her strengths are her clean execution and expression. Tran trains at Gymnix in Montreal and hopes to qualify for the Paris 2024 Olympic Games.

“It is a great honour for me to represent the next generation of Canadian athletes and to carry my country’s flag, especially alongside an Olympian. I hope to inspire hundreds of youth to do just like I did and follow their dreams,” said Tran.

Yang, who will celebrate his 20th birthday on Opening Ceremony day, competed at the Tokyo 2020 Olympics where he was the youngest male badminton player. He won the silver medal in men’s singles at the Lima 2019 Pan American Games, and became Canada’s first-ever Youth Olympic Games badminton medalist when he won gold in the relay team event at the Buenos Aires 2018 Youth Olympic Games. Yang was nominated by the Badminton World Federation as the Most Promising Player of the Year for the 2020-21 season. He currently studies kinesiology at York University.

“I’m always proud to wear the maple leaf and represent the country when I’m competing, so being selected to carry the Canadian flag at such a big event is a huge honour for me,” said Yang.

Team Canada will feature athletes 15 to 22 years old. The nominated athletes are:

“The Junior Pan American Games brings youth together from around the Americas and will be an incredible opportunity for our youth teams to re-experience international competition in the controlled and safe environment offered by games organizers,” said Tricia Smith, Canadian Olympic Committee President and member of Panam Sports Executive Committee. “I look forward to cheering on Team Canada in Cali.”

The Cali 2021 Games are an opportunity for athletes of the Americas, 23-years-old and younger, to continue their development as they aspire to one day compete at the Pan American Games and Olympic Games. For some sports, placements at Cali 2021 will qualify quota spots for the Santiago 2023 Pan American Games. Each individual gold medallist at Cali 2021 will earn a direct qualification to compete in Santiago.

“We are proud to provide young athletes with experience representing Team Canada at a multi-sport Games. The Junior Pan American Games are an important occasion to foster long term athlete development,” said Eric Myles, Chief Sport Officer, Canadian Olympic Committee. “We have a delegation of next generation athletes ready to compete at their best on the international stage. I am excited to cheer them on over the next few weeks.”

Accompanying the athletes and coaches will be six Mission Team staff, including a medical team and security team. Santiago Gelosi will act as Team Canada’s Chef de Mission. Full vaccination against COVID-19 is a requirement for all Cali 2021 participants.

Canadians can follow from home and cheer on this next generation of young athletes by tuning into the Panam Sports Channel website and mobile application, where more than 800 hours of live coverage of the Games will be streamed for free. The Panam Sports Channel will stream eight sports live each day during the Games, in addition to on-demand highlights and finals recaps.