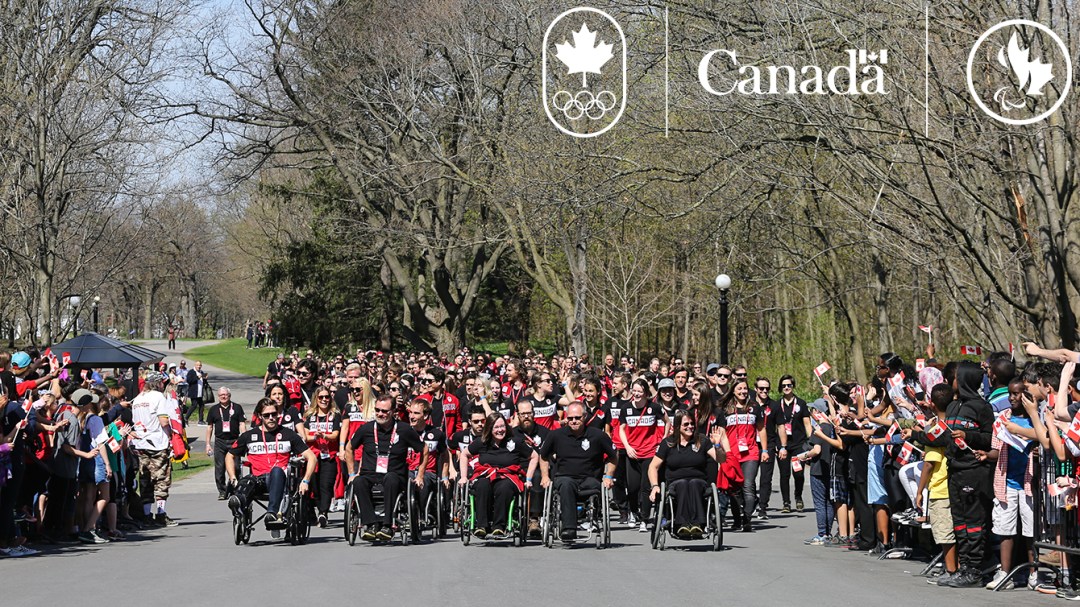 Canada celebrates its Olympic and Paralympic Heroes on Parliament Hill

Photos from the events will be made available for editorial use here. Photo credit available in the cutlines.

OTTAWA (May 9, 2018) – Our high-performance heroes are in Canada’s capital today to be recognized for their achievements at the Olympic and Paralympic Winter Games PyeongChang 2018.

Events today at Rideau Hall with Her Excellency the Right Honourable Julie Payette, Governor General of Canada, and on Parliament Hill with the Honourable Kirsty Duncan, Minister of Science and Minister of Sport and Persons with Disabilities, are recognizing our Canadian athletes, guides and coaches for their record-breaking accomplishments and performances at the recent Winter Games. They will be accompanied by Tricia Smith, President, Chris Overholt, CEO and Secretary General and Isabelle Charest, Chef de Mission, of the Canadian Olympic Committee; and Marc-André Fabien, President, Karen O’Neill, CEO and Todd Nicholson, Chef de Mission, of the Canadian Paralympic Committee; as well as Team Canada’s high-performance directors.

The day will begin with an interactive national “Team Canada Champion Chat,” providing youth across Canada with the opportunity to engage with Olympians and Paralympians live from Rideau Hall. Athletes, students and the general public at Rideau Hall will also be able to try out sports such as para ice hockey and snowboarding. After a special ceremony in the morning – including the presentation of the James Worrall Flag Bearer Awards presented by Petro-Canada and distribution of the Olympic and Paralympic rings presented by Teck, Canada’s largest diversified resource company and proud sponsor of the Canadian Olympic Committee and Canadian Paralympic Committee – Team Canada members will travel to the Parliament of Canada, where another “Team Canada Classroom Champion Chat” will take place. Athletes, guides, and coaches will then be celebrated in the House of Commons and share the story of their exceptional journey.

The Government of Canada is proud to support our country’s world-class sport system, providing funding for initiatives to help our high-performance athletes and to promote sport participation among all Canadians. We commend our many partners—including provincial and territorial governments, the Canadian Olympic and Paralympic Committees, national sport organizations and the private sector—who work to ensure that our athletes are supported on their journey to the podium.

“The Government of Canada recognizes that our athletes are an enormous source of pride for all Canadians and serve as excellent role models for all of us—especially our young people. This is why it is so important to honour them in the nation’s capital and recognize all the hard work and dedication that each of them has put into their sport. Whether it was podium success or a personal best, we congratulate all of our athletes on their tremendous accomplishments; you have made Canada proud.”

“Thank you to the Government of Canada for making today’s celebration of Canadian sporting excellence possible. Canadians are so very proud of the hard work and dedication our teams committed to make PyeongChang 2018 the most successful Olympic and Paralympic Winter Games in our country’s history. We are thrilled to be able to celebrate their incredible performances together.”

“PyeongChang 2018 was a superb display of dedication, heart and perseverance—all qualities we value in Canada. Our athletes are wonderful ambassadors for sport and parasport across the country, and are so deserving of recognition for their accomplishments at Canada’s most successful Paralympic and Olympic Winter Games ever. Thank you to the Government of Canada for welcoming the athletes to Ottawa for such a wonderful celebration.”

“As a Canadian company with roots across our country, we are honoured to provide this commemorative ring on behalf of all Canadians to the athletes and coaches who competed in PyeongChang. Their achievements inspired our entire nation and will live on in the hearts and minds of Canadians for years to come.”

“The athletes who carry our nation’s flag into each Olympic and Paralympic Games embody the very best of what we are together as Canadians. We are humbled and honoured today to champion their accomplishments and spirit, in presenting each of them with the 2018 James Worrall Flag Bearer Award.”