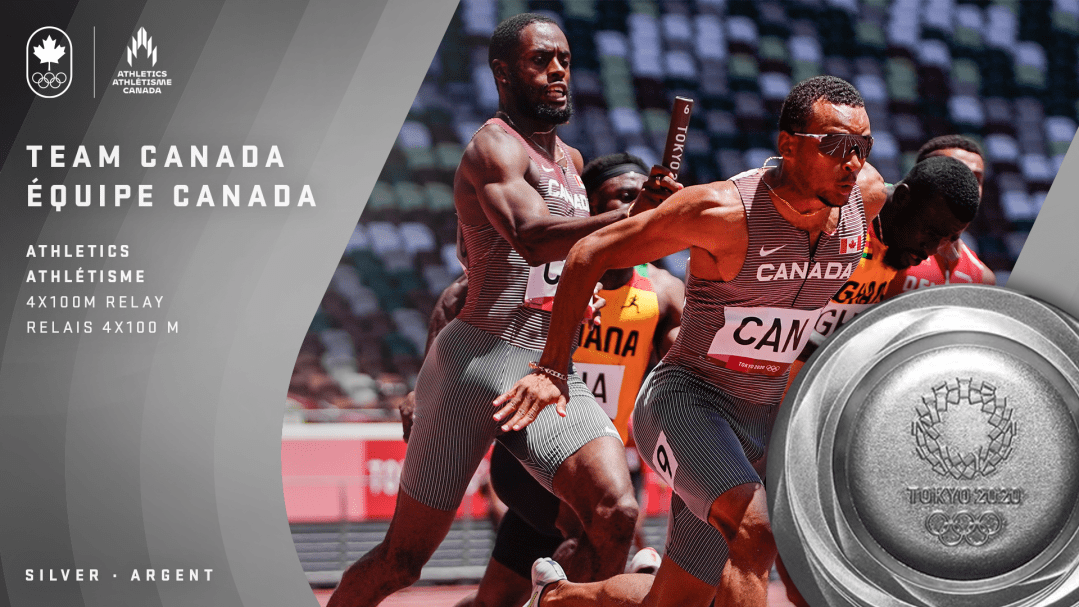 TORONTO (May 19, 2022) – On Thursday, the International Olympic Committee (IOC) announced the Canadian men’s 4 x 100m relay team from Tokyo 2020 will be upgraded from the bronze medal to silver. The change follows the disqualification of the team from Great Britain, whose second-place finish was officially rescinded after one of its members tested positive for performance-enhancing substances.

“Jerome, Aaron, Andre and Brendon are incredible ambassadors for Canada and the Olympic Movement,” said Canadian Olympic Committee President Tricia Smith. “We are delighted that they will be upgraded to the silver medal they earned in the men’s 4x100m relay at Tokyo 2020. While it’s disappointing that we are still seeing doping cases robbing athletes of their moment at Games, this reinforces the importance of integrity and safeguarding clean sport.”

Tokyo 2020 marked the second straight Olympic Games where Team Canada won a medal in the men’s 4 x 100m relay. Brown, De Grasse and Rodney were members of the bronze medal-winning team at Rio 2016. The medal from Tokyo 2020 is Canada’s fourth-ever Olympic medal in the event, coming 25 years after the legendary gold medal at Atlanta 1996.