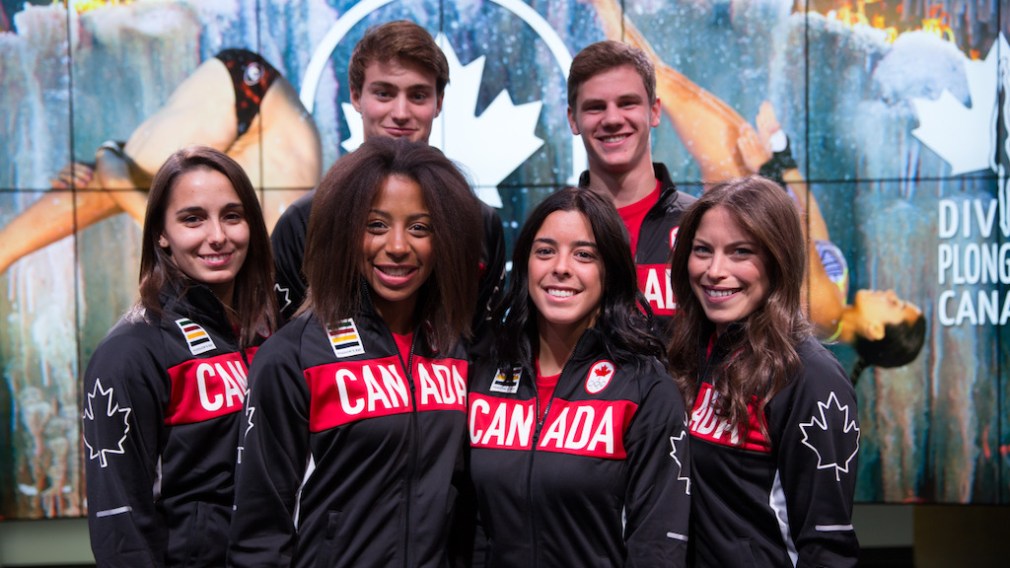 TORONTO — On Monday, the Canadian Olympic Committee (COC) and Diving Plongeon Canada (DPC) named the six athletes nominated to represent Team Canada in diving at the Rio 2016 Olympic Games from August 5 to 21.

There is still a possibility that DPC will secure a second spot in the men’s 3-metre and 10-metre individual events, depending on the overall number of quota positions still available once all countries have confirmed their final entries with FINA later this month. Thereby, Maxim Bouchard (six-time national champion) and François Imbeau-Dulac (TORONTO 2015 Pan Am Games medallist) have been named as alternates for Rio 2016.

The athletes earned their Olympic nominations through their performances at various competitions, including the TORONTO 2015 Pan American Games, the 2015 FINA World Championships, the 2016 FINA Diving World Cup in Rio, the FINA/NVC World Series, the FINA Diving Grand Prix, and Diving Plongeon Canada’s Olympic Trials, which took place this past Saturday in Toronto.

So far this year, these six divers have combined to win 37 international medals at seven competitions, including six gold, 19 silver and 12 bronze. With their competitive season currently on break, the team will focus solely on training until the Games. Olympic preparation camps are scheduled in Rome, Italy, in June, and in Brasilia City, Brazil, in July. In between those two camps, the team will continue training at the National Sport Institute in Montreal and at the outdoor facility at Parc Jean-Drapeau to best prepare for the conditions they will face in Rio.

Diving Plongeon Canada (DPC) was established in 1967 as a not-for-profit organization to promote the growth and awareness of the sport in this country. As a member of FINA, the world’s governing body of aquatic sports, DPC contributes to the development of globally accepted standards of excellence in diving and supports the rules and regulations of international competition. Representing nine provincial diving associations, 67 local diving clubs and close to 4,000 high performance athletes, DPC shares a national commitment to advance the art and sport of diving and to position Canada as the number one diving nation of the world.

“I feel excited, but confident, going into my third Olympic Games. We have worked so hard during the past Olympic cycle and I’m looking forward to show the world how the past four years have helped me become a better diver. Until then, I’ll be focusing on training and fine tuning. I couldn’t be happier to go into the final stretch before Rio knowing I have such an incredible team by my side.”

“We are very proud to be nominating yet another powerhouse diving team. These athletes have shown they have what it takes to compete against the best in the world and I have full confidence they will bring the heat to Rio. Congratulations to Diving Canada on fielding yet another strong team.”

“I think we have the most committed and the most focused team that we’ve ever had going into the Olympic Games. We have a great training environment in Montreal, an excellent dynamic among the group and tremendous camaraderie in coaching. We have a very supportive team – they want success for each other in a way we’ve never had before; and finally, they are well-poised to deal with pretty much everything that gets thrown at them. All those elements are key to us.”

“Congratulations to all Diving Plongeon Canada athletes who have earned their spot on the Olympic Team headed to Rio this summer. The team has had a fantastic season so far, which should provide them tremendous confidence as they look to push for the podium. All Canadians are behind you.”

The diving team which will represent Canada at Rio 2016 includes: