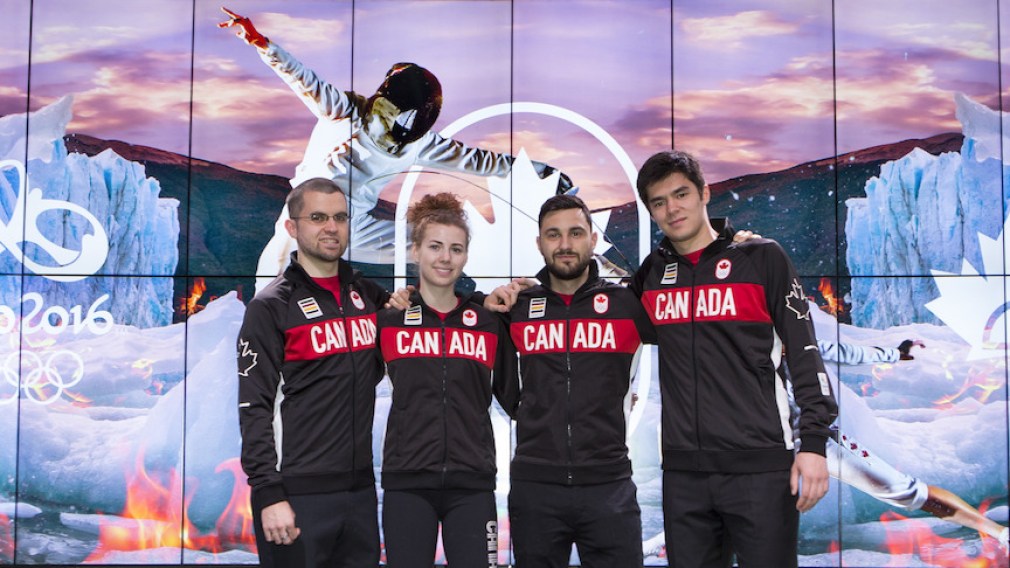 MONTREAL — On Tuesday, the Canadian Olympic Committee (COC) and the Canadian Fencing Federation (CFF) named the five athletes nominated to represent Team Canada in fencing at the Rio 2016 Olympic Games from August 5 to 21.

The athletes earned their spots directly through the International Fencing Federation’s individual Olympic qualification process, which took into account points earned at World Championships, zonal Championships, Grand Prix events, World Cups and Satellite tournaments from April 3, 2015 to April 4, 2016. All five of the qualified athletes earned one of the top-two Pan American zone berths in their respective disciplines at the end of the qualification period.

The Canadian Fencing Federation (CFF) is the sport governing body for fencing in Canada and its vision is to ignite passion for fencing by enabling best performances by all members at all levels.

“Ever since I started fencing when I was 10, my goal has always been to go to the Olympics. It is still surreal that after this crazy long qualification season, I accomplished my goal and am really excited to see how the actual event goes! It is a bit bitter sweet because if women’s team foil was an Olympic event this year, my entire team would have qualified and it would have been really awesome for us to go all together. We will keep working hard to hopefully qualify together in 2020!”

“I still don’t really know how it feels to qualify for the Games and to have achieved my life’s dream. Right now I am focused 100 per cent on my preparation to be able to represent Canada with the best I can be. I’ll probably realize it when I’m at the airport or at the Opening Ceremony.”

“We are extremely proud of our five athletes who have qualified for Rio. Several of them were junior-aged athletes at the time of the last Games in 2012 and they have progressed very quickly to earn their spots for Rio. Anything is possible and the future looks very bright for these athletes.”

“I want to wish the best of luck to the fencers who will proudly represent our country at the Rio 2016 Olympic Games. I would like to thank the coaches and family members who have supported and encouraged these athletes along their path to their Olympic moment for Canada.”

The fencing team which will represent Canada at the Rio 2016 includes: