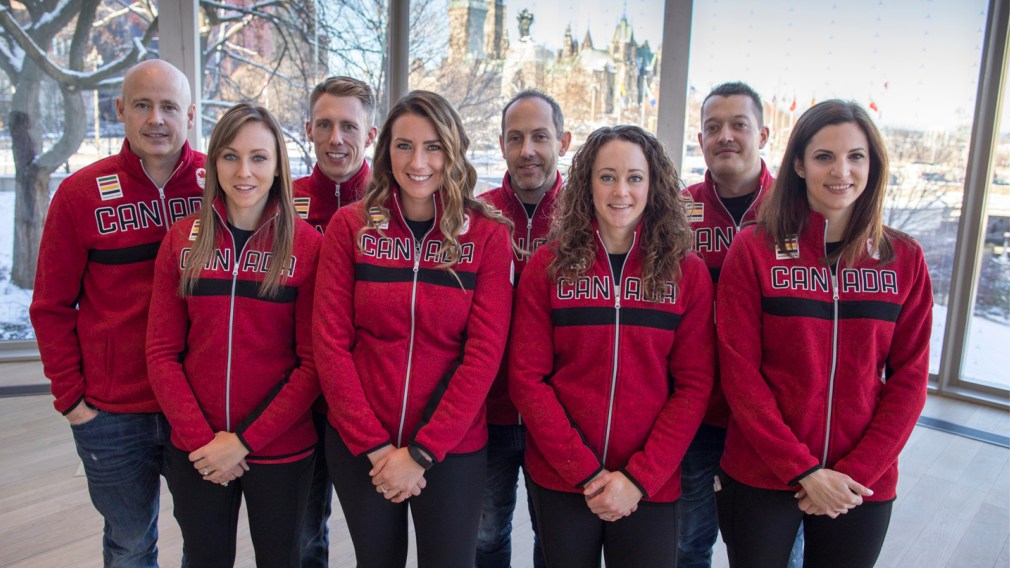 The two teams were selected based on their wins at the 2017 Canadian Curling Trials held at the Canadian Tire Centre in Ottawa, ON.

The athletes and coaches nominated include:

The teams’ alternate players will be nominated at a later date.

The two teams will compete at the World Financial Group Continental Cup, Jan. 11-14 in London, Ont., before making their way to PyeongChang, South Korea.

Since curling returned to the Olympic program at Nagano 1998, Canada has dominated the sport with 10 medals, getting onto the podium in every men’s and women’s event, including double gold at Sochi 2014.

The PyeongChang 2018 men’s and women’s curling tournaments will take place at the Gangneung Curling Centre from February 14 to 25 (Days 5-16).

“The curlers nominated today reflect Canada’s strong tradition in the sport and I look forward to cheering them on. I wish them the best as they enter the final stage of their preparation. I know they will make us proud.”

“We could not be more thrilled to have this opportunity to represent our sport and our country at PyeongChang 2018. We know there is pressure attached to representing Canada in any international curling competition, but we look forward to embracing that challenge in PyeongChang.”

“This is a dream come true, to be able to curl at the Olympic Winter Games and continue Canada’s tradition of excellence. We know that wearing a maple leaf at a curling event is like wearing a target, but with the support of our country’s amazing curling fans, as well as being part of the Canadian Olympic Team with such a talented group of athletes, we feel like we will be prepared for anything when we arrive in PyeongChang.”

“What a great week of curling competition we just had in our nation’s capital. We are pleased to announce our Team Canada athletes for curling at the PyeongChang 2018 Olympic Winter Games. Fresh off their Roar of the Rings Canadian Curling Trials wins, these teams are ready to bring home another gold for their country. Get to know these athletes so you can cheer them on during their journey!”